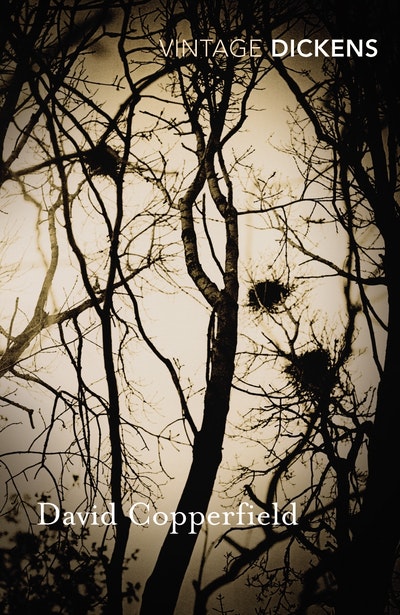 'The most perfect of all the Dickens novels' Virginia Woolf

Rediscover the novel behind the hit new film.

'The most perfect of all the Dickens novels' Virginia Woolf

When David Copperfield escapes from the cruelty of his childhood home, he embarks on a journey to adulthood which will lead him through comedy and tragedy, love and heartbreak and friendship and betrayal. Over the course of his adventures, David meets an array of eccentric characters and learns hard lessons about the world before he finally discovers true happiness.

I couldn't put it down

There were never such people as the Micawbers, Peggotty and Barkis, Traddles, Betsey Trotwood and Mr. Dick, Uriah Heep and his mother. They are fantastic inventions of Dickens's exultant imagination...you can never quite forget them

Dickens is huge - like the sky. Pick any page of Dickens and it's immediately recognizable as him, yet he might be doing social satire, or farce, or horror, or a psychological study of a murderer - or any combination of these

Dickens did what very few writers have managed to not only describe a city, but to define it... His experience was the Victorian nightmare made real: a swift descent from relative safety and affluence to utter penury and humiliation. The horror never left him. You can see in David Copperfield, as well as in Great Expectations and Nicholas Nickleby, this very real fear of slipping down the social scale... Dickens, for all his sentimentality, was an extraordinary person, inseparable inthe imagination from London, just as London is inseparable from Dickens

Dickens has genius to vivify his observation

He deals truly with human nature, which never can degrade; he takes up everything, good, bad, or indifferent, which he works up into a rich alluvial deposit. He is natural, and that never can be ridiculous

I came to Dickens relatively late in life, but in a way, I think that's the best time. When you're a child, all you see is the plum-pudding characterization and twisting-and-turning storylines, and though that is part of the juicy pleasure of Dickens, you need to be an adult to get the heartbreaking measure of his genius. And nothing shows that more, for me, than David Copperfield. It's the fullest, most breathtakingly truthful story of life - not for nothing was it Freud's favorite novel.