Robert Esrkine Childers was born in 1870 to Anglo-Irish parents, and was raised in Ireland. He was educated at Haileybury and Trinity College, Cambridge, and from 1895 to 1910 was a clerk in the House of Commons. During his long holidays he spent time sailing the North Sea and the Channel in a tiny yacht, and explored the shoals of the German, Dutch and Danish coasts. He volunteered at the outbreak of the Boer War and afterwards wrote a personal record, In the Ranks of the C. I. V., which was the fifth volume of The Times History of the War in South Africa, as well as two other books exposing the antiquated uses of cavalry against modern armaments. He published his only novel, The Riddle of the Sands, in 1903. He married Mary (Molly) Alden Osgood, whom he had met on a visit to Boston, in 1904.

In 1910 he resigned his post at the House of Commons in order to be free to work for the Irish cause, and the following year published The Framework of Home Rule, advocating full dominion status for Ireland. During the First World War he did reconnaissance work in the Royal Naval Air Service, served in the Royal Naval Volunteer Reserve and then as an Intelligence Officer. He was awarded the Distinguished Service Cross. After the war he settled in Ireland to work and write for its complete independence.

When the Free State was established he joined the Republican army, and, in 1922, was one of the many leaders who were arrested and shot by firing squads in the tragic civil war that followed. John Buchan later wrote of him 'no revolution ever produced a nobler or purer spirit'. 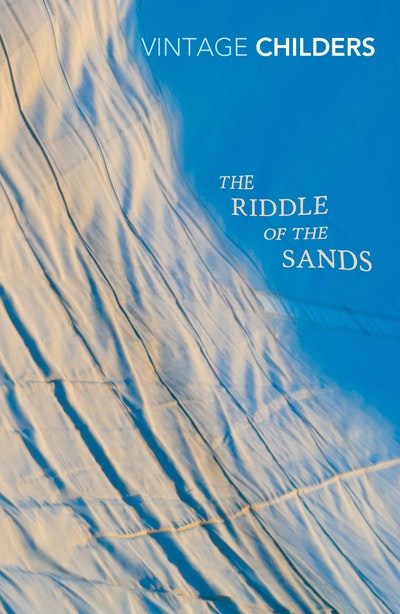 The Riddle of the Sands
Erskine Childers