George and Weedon Grossmith were born in London in 1847 and 1852 respectively to a theatrical family who were friends with Henry Irving and Ellen Terry. George became a popular composer and performer of comic songs as well as a successful actor. Weedon trained as a painter at the Slade and the Royal Academy, but soon turned to acting like his brother. The Diary of a Nobody began life as a series of columns the brothers wrote together for Punch which they later expanded into a novel. It was published in 1892, with Weedon's illustrations, to instant acclaim and has remained in print ever since. George died in 1912, followed by his brother in 1919.

Jerome Klapka Jerome was born in Walsall on 2 May 1859 and brought up in East London. After his father died, Jerome left school at fourteen and worked as a railway clerk, actor, journalist and teacher. In 1885 he published On the Stage - and Off which was followed in 1886 by Idle Thoughts of an Idle Fellow. In 1888 Jerome married Georgina Stanley and a year later he published his most famous work, Three Men in a Boat. The sequel, Three Men on the Bummel, appeared in 1900. Jerome also wrote several other novels, plays, stories and autobiographical writings, edited The Idler and Today magazines and, during the First World War, worked for the French ambulance service. Jerome K. Jerome died on 14 June 1927. 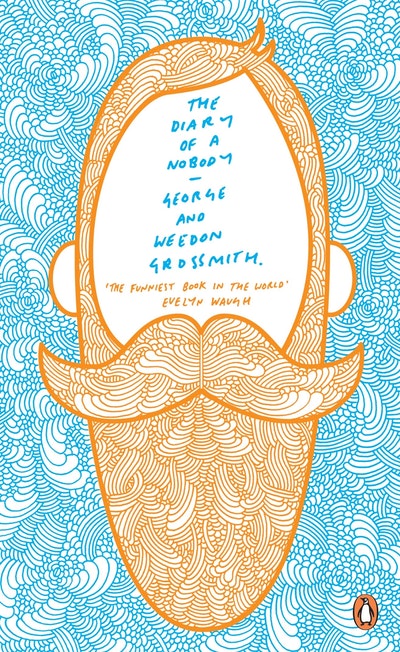 The Diary of a Nobody
George Grossmith, Weedon Grossmith

Diary Of A Nobody
George Grossmith, Weedon Grossmith
Read more