Charles Robert Maturin was born in Dublin in 1782, and educated at Trinity College. He took orders and was a curate in Loughrea and Dublin, and also, for a time, worked as a teacher until literary success enabled him to give this up. His first novel, The Fatal Revenge (1807), was published under a pseudonym to protect his reputation as a clergyman. A series of other novels followed, and his tragedy Bertram (1816) met with great success when it was produced by Edmund Kean at Drury Lane, after recommendation by Sir Walter Scott and Lord Byron. His next plays, Manuel (1817) and Fredolfo (1819) were failures, and Maturin returned to writing novels. Melmoth the Wanderer appeared in 1820, but in the last years of his life his works were neglected, and he died in poverty in 1824. In the 1890s his literary reputation in England was revived, and his works were reprinted in various editions.

Maturin's Calvinist upbringing lent to his work a strong sense of the soul's relationship with God, which can also be seen in the work of James Hogg, William Godwin and Godwin's daughter, Mary Shelley. He was also influenced by comic writers of epics and romances, such as Cervantes, Swift, Sterne and Diderot. His strongest influences were the authors of Gothic romances of the late eighteenth century, in particular, Matthew Lewis and Ann Radcliffe. Maturin's tales were, however, always more extravagant and macabre, and led to his reputation as one of the foremost writers of the Gothic school. 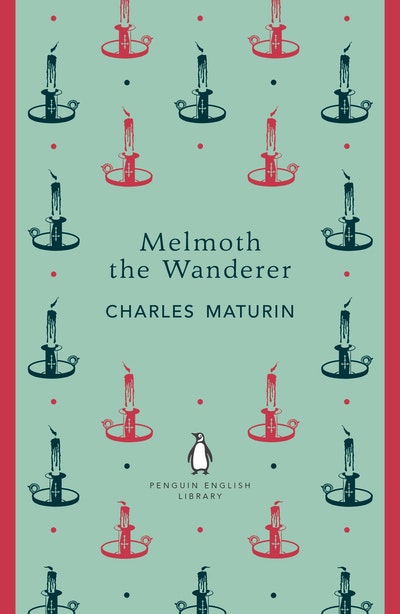