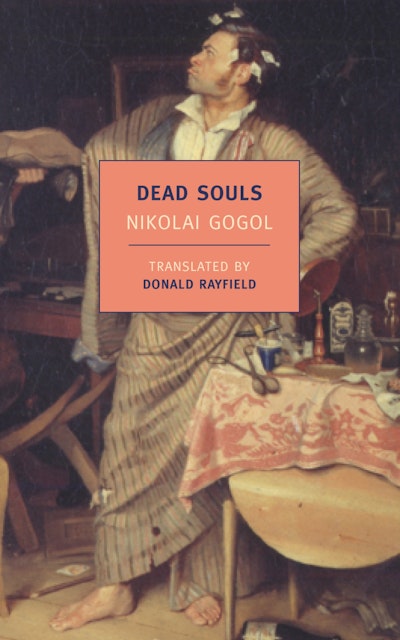 'Gogol was a strange creature, but then genius is always strange' Vladimir Nabokov

Nikolai Gogol's Dead Souls is an undisputed masterpiece of world literature. The tale of Chichikov, an affably cunning con who establishes a thriving trade in “dead souls”-serfs who though no longer alive can still, he finds, be profitably sold-is at the same time a brilliant spoof of a corrupt society, full of the living dead. Most important, however, Gogol's great novel is a sheer delight, a book spilling over with humor and passion and absurdity, and fed by an unflagging stream of stylistic invention. At once a phantasmagoria and a work of careful, if not a little mind-boggling, realism, Dead Souls is a supremely living work of art.

Donald Rayfield's new translation at last provides English readers with a version of this great novel that does justice to the wonderful richness of the original. Noting the theatrical nature of Gogol's inspiration and style, Rayfield has given his English sentences a pitch and presence that allows them to be spoken aloud throughout. He also presents a much fuller text than has previously been available to English readers of the controversial second part of the book, which Gogol sought to destroy.

Rayfield's synoptic text draws on remaining sections of both the first and second drafts of this second part, revealing it as a major literary achievement in its own right.