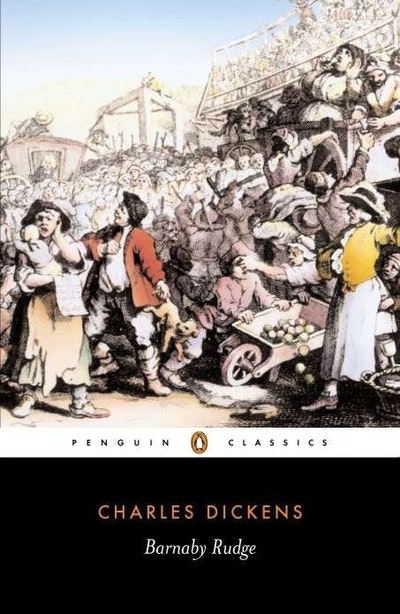 With an essay by G. K. Chesterton.

"I dreamed ... I dreamed just now that something - it was in the shape of a man - followed me - came softly to me - wouldn't let me be - but was always hiding and crouching, like a cat in dark corners, waiting till I should pass; when it crept out and came softly after me ..."

Set against the backdrop of the Gordon Riots of 1780, Barnaby Rudge is a story of mystery and suspense which begins with an unsolved double murder and goes on to involve conspiracy, blackmail, abduction and retribution. Through the course of the novel fathers and sons become opposed, apprentices plot against their masters and Protestants clash with Catholics on the streets. And, as London erupts into riot, Barnaby Rudge himself struggles to escape the curse of his own past. With its dramatic descriptions of public violence and private horror, its strange secrets and ghostly doublings, Barnaby Rudge is a powerful, disturbing blend of historical realism and Gothic melodrama.