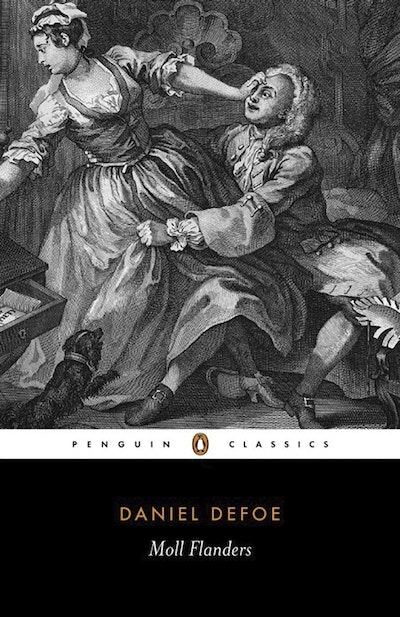 The Fortunes and Misfortunes of the Famous Moll Flanders

Daniel Defoe's bawdy tale of a woman's struggle for independence and redemption, Moll Flanders is edited with an introduction and notes by David Blewett in Penguin Classics.
Born in Newgate prison and abandoned six months later, Moll Flanders' drive to find and hold on to a secure place in society propels her through incest, adultery, bigamy, prostitution and a resourceful career as a thief ('the greatest Artist of my time') before her crimes catche up with her, and she is transported to the colony of Virginia in the New World. If Moll Flanders is on one level a Puritan's tale of sin and repentance, through self-made, self-reliant Moll, Daniel Defoe's rich subtext conveys all the paradoxes and amoralities of the struggle for property and power in the newly individualistic society of Eighteenth-century England.
Based on the first edition of 1722, this volume includes a chronology, suggestions for further reading, notes on currency and maps of London and Virginia in the late seventeenth century.
Daniel Defoe (1660-1731) had a variety of careers including merchant, soldier, spy, and political pamphleteer. Over the course of his life Daniel Defoe wrote over two hundred and fifty books on economics, history, biography and crime, but is best remembered for the fiction he produced in late life, which includes Robinson Crusoe (1719), Moll Flanders (1722) and Roxana (1724). Defoe had a great influence on the development of the English novel and many consider him to be the first true novelist.
If you enjoyed Moll Flanders, you might like Samuel Richardson's Pamela, also available in Penguin Classics.

Date: 2013-08-06
David Herbert Lawrence was born 11 September 1885 in Eastwood, Nottinghamshire.His father was a miner and his mother was a schoolteacher.In 1906 he took up a scholarship at Nottingham University to study to be a teacher. His first novel, The White Peacock, was published in 1911. Lawrence gave up teaching in 1911 due to illness. In 1912 he met and fell in love with a married woman, Frieda Weekley, and they eloped to Germany together.They were married in 1914 and spent the rest of their lives together travelling around the world. In 1915 Lawrence published The Rainbow which was banned in Great Britain for obscenity. Women in Love continues the story of the Brangwen family begun in The Rainbow and was finished by Lawrence in 1916 but not published until 1920. Another of Lawrence's most famous works, Lady Chatterley's Lover, was privately printed in Florence in 1928 but was not published in Britain until 1960, when it was the subject of an unsuccessful court case brought against it for obscenity. As well as novels, Lawrence also wrote in a variety of other genres and his poetry, criticism and travel books remain highly regarded. He was also a keen painter. D.H. Lawrence died in France on 2 March 1930.

Daniel Defoe was born in London in 1660. He worked briefly as a hosiery merchant, then as an intelligence agent and political writer. His writings resulted in his imprisonment on several occasions, and earned him powerful friends and enemies. During his lifetime Defoe wrote over two hundred and fifty books, pamphlets and journals and travelled widely in both Europe and the British Isles. Among his most famous works are Robinson Crusoe (1719), Moll Flanders (1722) and A Journal of the Plague Year (1722). Though Defoe was nearly sixty before he began writing fiction, his work is so fundamental to the development of the novel that he is often cited as the first true English novelist. He is also regarded as a founding father of modern journalism and one of the earliest travel writers. Daniel Defoe died in April 1731.

Daniel Defoe was a Londoner, born in 1660 at St Giles, Cripplegate, and son of James Foe, a tallow-chandler. He changed his name to Defoe from c. 1695. He was educated for the Presbyterian Ministry at Morton's Academy for Dissenters at Newington Green, but in 1682 he abandoned this plan and became a hosiery merchant in Cornhill. After serving briefly as a soldier in the Duke of Monmouth's rebellion, he became well established as a merchant and travelled widely in England, as well as on the Continent.

Between 1697 and 1701 he served as a secret agent for William III in England and Scotland, and between 1703 and 1714 for Harley and other ministers. During the latter period he also, single-handed, produced the Review, a pro-government newspaper. A prolific and versatile writer he produced some 500 books on a wide variety of topics, including politics, geography, crime, religion, economics, marriage, psychology and superstition. He delighted in role-playing and disguise, a skill he used to great effect as a secret agent, and in his writing he often adopted a pseudonym or another personality for rhetorical impact.

His first extant political tract (against James II) was published in 1688, and in 1701 appeared his satirical poem The True-Born Englishman, which was a bestseller. Two years later he was arrested for The Shortest-Way with the Dissenters, an ironical satire on High Church extremism, committed to Newgate and pilloried. He turned to fiction relatively late in life and in 1719 published his great imaginative work, Robinson Crusoe. This was followed in 1722 by Moll Flanders and A Journal of the Plague Year, and in 1724 by his last novel, Roxana.

His other works include A Tour Through the Whole Island of Great Britain, a guide-book in three volumes (1724–6; abridged Penguin edition, 1965), The Complete English Tradesman (1726), Augusta Triumphans, (1728), A Plan of the English Commerce (1728) and The Complete English Gentleman (not published until 1890). He died on 24 April 1731. Defoe had a great influence on the development of the English novel and many consider him to be the first true novelist. 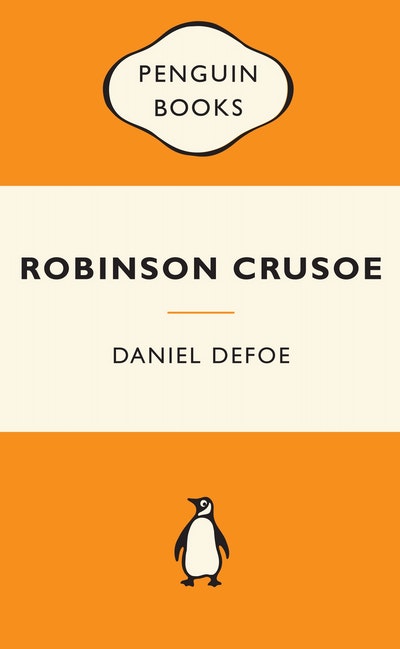 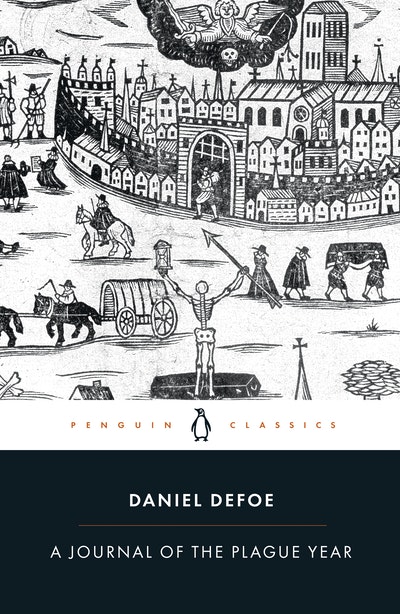