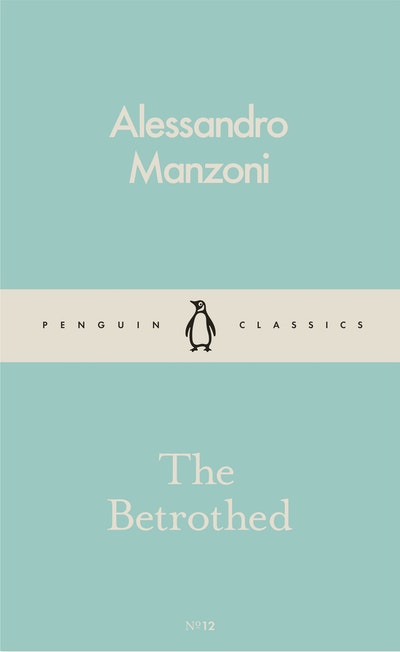 'I pity this house; the curse of God is hanging over it'
Set in Lombardy during the Spanish occupation of the late 1620s, The Betrothed tells the story of two young lovers, Renzo and Lucia, prevented from marrying by the petty tyrant Don Rodrigo, who desires Lucia for himself. Forced to flee, they are then cruelly separated, and must face many dangers including plague, famine and imprisonment, and confront a variety of strange characters - the mysterious Nun of Monza, the fiery Father Cristoforo and the sinister 'Unnamed' - in their struggle to be reunited. A vigorous portrayal of enduring passion, The Betrothed's exploration of love, power and faith presents a whirling panorama of seventeenth-century Italian life and is one of the greatest European historical novels.
A new series of twenty distinctive, unforgettable Penguin Classics in a beautiful new design and pocket-sized format, with coloured jackets echoing Penguin's original covers.

Alessandro Manzoni was born in 1785 near Lake Como, Italy. Sent to boarding school at the age of five, he felt estranged from his family, particularly when his mother left his father. As a young man Manzoni subscribed to the ideas of the French Revolution, joining his mother in Paris, where he married Henriette Blondel in 1808. He wrote throughout his life, but suffered from a nervous disorder which grew progressively worse through his lifetime. He died in 1873.