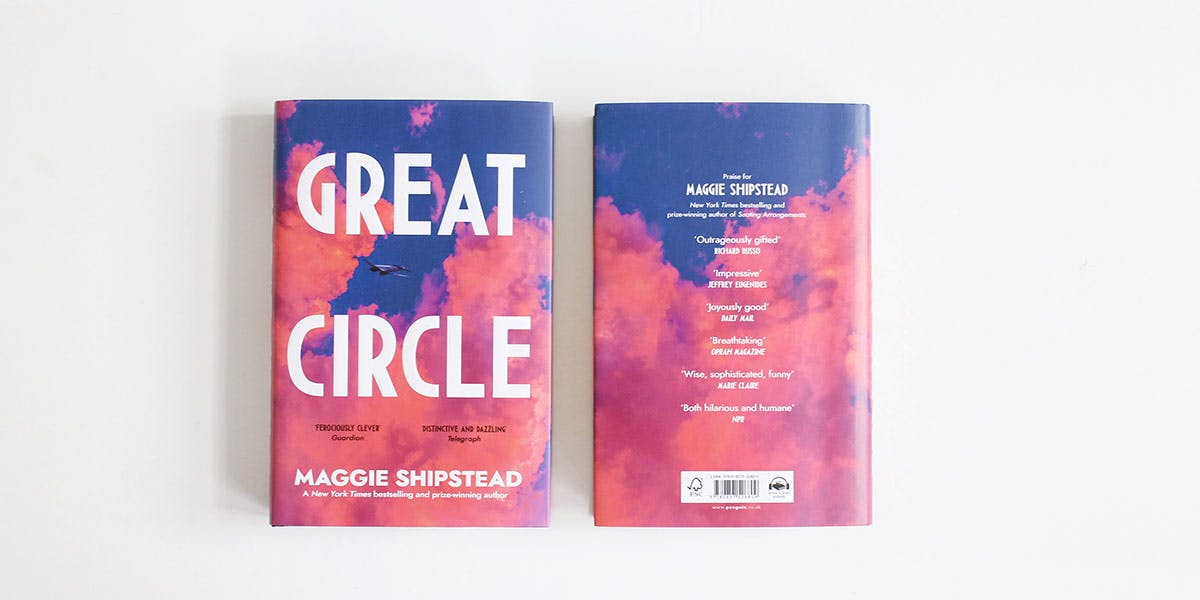 Tell us about the inspiration behind Great Circle.
The seed of the book was planted in 2012, when I saw a statue of Jean Batten at the Auckland airport. Batten was the first person to fly solo from England to New Zealand in 1936. I’d been working on a different project that had died on me, and I was wondering what I was going to write instead, and I just thought, oh, I should write about an aviatrix. It was such happenstance. I didn’t really get to work on Great Circle until the fall of 2014 because I was dealing with the edits and publication of my second book, Astonish Me. In the meantime, I’d settled in Los Angeles, where, of course, Hollywood dominates the culture. The secondary thread of Great Circle, the voice of a scandal-plagued movie star, emerged from my observations of the city and is in some ways an extended riff on celebrity culture. For Marian Graves, my central pilot character, I drew inspiration from accounts of adventurers and explorers and from the travel I did over the years I was drafting the book. Before the pandemic, I was writing frequently for travel magazines, and that enabled me to get to the places I wanted to see for myself and make vivid in the book: Antarctica, the Arctic, Alaska, the South Pacific, etc.

What research did you undertake to capture the feel of the eras and events in the book?
I did my research primarily through books. I read a lot of books by and about pilots. I collected an eccentric library of reference materials about all kinds of topics: ships, historical Montana, the Aleutian Islands in World War II, Antarctica, Canadian landscape painters. I also made use of the internet, as is inevitable. I watched 1950s military instructional videos for pilots and navigators. I watched documentaries. I really tried my hardest to get things right, but I also tried to avoid including information just because I’d gone to the trouble of tracking it down rather than because it made the story more alive. That can be a tricky balance.

Where is your favourite place to write?
Pre-pandemic, I really liked to write outside of my house. I’d bribe myself to work by going to a café in my neighborhood. I’d tell myself I could get breakfast and a giant iced latte on the condition that I brought my laptop and put in a few hours on the manuscript. I think I’m less likely to waste time on the internet when I’m out in public, and I like the ambient bustle of people around me. I do also like working in my office at home, though. It’s helpful to have my books around, and I have a large photograph of mostly empty sky by photographer Trevor Paglen hanging above my desk that was nice to stare at while working on Great Circle.

We hear the process of writing Great Circle took seven years. Was it challenging or helpful spending so long on the book? What were the turning points?
Spending seven years on a book was extremely challenging as far as stamina and also quite a big risk professionally because it was a large chunk of my life to invest in a single project. I took just over three years to write the first draft, which ended up being 980 manuscript pages, though the finished book, typeset, is under 600 pages. Then I spent the better part of another year revising before I sold Great Circle to my publisher; the editorial process took another two years and change. When I started writing back in 2014, I didn’t understand what I’d gotten myself into as far as the magnitude of this project until I was close to two years into the first draft. Suddenly I realized I’d written more than four hundred pages and wasn’t even halfway through. I had to tell myself not to panic and to just take the work one day at a time. I don’t outline or plan my books. I wish I could, but I find the process deadening, and I also get a lot of ideas from the research I do as I go along. One thing builds off another. I do need to have a couple of waypoints that I aim towards from the beginning, though: in this case, I knew Marian would transport warplanes during the war (though I hadn’t decided whether she would be in the UK or the US for that), and I knew she would fly over the poles, and that was pretty much it.

I had a few false starts, but, basically, the beginning of the book (Marian’s logbook entry in Antarctica) was the first thing I wrote and what set the tone. Most of the other main structural components (movie star Hadley, the quick trips through time I call the Incomplete Histories) were also present from the beginning, or almost, so my turning points tended to be just when I reached a different phase of the characters’ lives and had to do more research and reassess how the pieces of the novel were hanging together.

What do you hope readers take away from Great Circle?
As the restrictions of the pandemic start to wane, we’re in a collective moment where everyone’s craving freedom and movement, the chance to see more than the interior walls of our houses. I hope Great Circle prompts readers to think about what they want to see in their lives, where it’s important for them to go. This doesn’t have to be far-flung travel – those sorts of journeys aren’t to everyone’s taste or might not always be accessible. But there are important journeys to be made and experiences to be had close to home, too.

Did you draw inspiration from other books or authors?
I absolutely did. While I was writing this book, some of the titles I kept returning to were The Signature of All Things by Elizabeth Gilbert, Pachinko by Min Jin Lee, The Luminaries by Eleanor Catton, A Tale for the Time Being by Ruth Ozeki, Life After Life by Kate Atkinson, All The Light We Cannot See by Anthony Doerr, and Veronica by Mary Gaitskill.

Do you have any advice for aspiring novelists?
Read a lot. Don’t fall in love with the idea of yourself as a writer. Don’t put your writing in service of your ego but rather in service of itself.

Swept up in a Riptide

Kirsten Alexander reflects on growing up in Brisbane in the 1970s, and how this inspired the setting and characters in Riptides.

We are thrilled to announce that submissions for the annual Literary Prize are now open.

On the wings of words