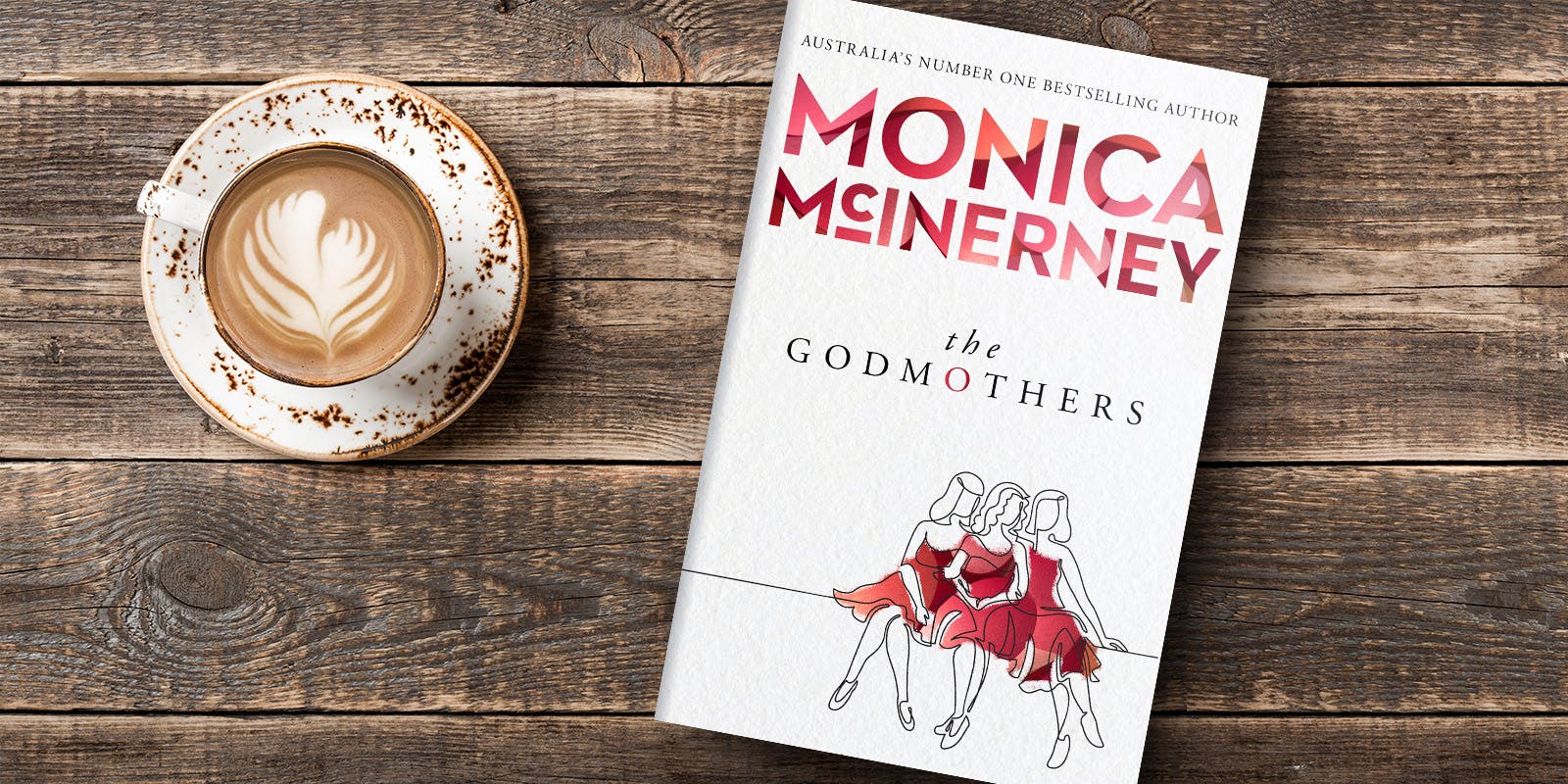 1. My first publishing contract. In 1999, while living in Tasmania, I entered a manuscript in a Write a Bestseller competition in Ireland. Around the same time, I won a trip to Dublin – my husband’s home city – in a Guinness promotion. We’d just arrived at his parents’ house on that trip when I got a call telling me my manuscript was runner-up and offering a three-book deal. I can still remember the high-pitched sound I made. Only the dogs in the neighbourhood heard it.

2. My first review. That first book, A Taste for It, is a romantic comedy set in the Irish and Australian food and wine world. I was in Dublin in 2000 for publication. I picked up a hip magazine, trembling as I opened to the book reviews. My excitement evaporated as I read the final line: ‘A load of old plonk.’ On the bright side, the only way was up after that.

3. The first bookshop sighting. On publication day, my husband and I drove to our nearest bookshop in Adelaide. My book wasn’t just on the shelves – it was in a front window display too. I stood gazing at it for so long I expected to be moved on. Even twenty years and twelve books later, it’s still a special moment to see it in a bookshop for the first time.

4. My first Australian photo shoot. When I was promoting A Taste for It in Melbourne, a newspaper photographer was keen to recreate an Irish setting. In blistering Australian heat, we drove to the Merri Creek, where he coaxed me to step across rickety stones to the centre of the dribbling creek, then lie down on some rocks. I was home in Adelaide the following week when my brother rang from Melbourne. ‘Your photo’s in the paper today,’ he said. ‘Is it okay?’ I asked. There was a long pause before he replied. ‘You look like someone whose parachute didn’t open.’

5. My first American book tour. It began with a day in New York. My publicist and I caught a series of yellow cabs from the top to the bottom of Manhattan, stopping at bookshops along the way to meet booksellers and sign copies of my books. It felt like a magical scene from a film.

6. My first Italian book tour. My fifth novel, Family Baggage (translated as Scomodi segreti), led to a lost-in-translation media moment. Somehow, I found myself being interviewed on Vatican TV (fortunately with an interpreter) as ‘Australia’s leading expert on family law and societal change.’

7. My second American tour. It included three days of whistlestop travel with 45 other authors of different genres (including vampire fiction, Christian novels, gorey thrillers), all crammed into a big bus. Three times a day, we pulled up at enormous department stores and filed in to find long rows of trestle tables and piles of our books waiting for us. We’d take our seats, sitting eagerly like dogs in a pound, hoping to attract unsuspecting shoppers. Some lucky authors were in the books department. I found myself seated in the bra section, every time.

8. A first public sighting. At Sydney Airport, I saw a woman reading my book at one of the gates. I walked over, smiled and said, ‘That’s my book you’re reading.’ ‘It is not!’ she said indignantly. ‘I just bought it from the shop over there.’

9. Being trolled for the first time. My ninth novel, The House of Memories, explores the impact of a tragic accident on a family. I wrote in a UK newspaper about the event that inspired it, when the niece I was babysitting nearly choked to death. The comments underneath shocked me. ‘Shame your niece survived,’ one wrote. ‘It’d be a more interesting article if she’d died.’

11. My first writers’ festival. I was so anxious about participating in my first writers’ panel session that, the night before, I’d rehearsed and timed my speech to the last second. The facilitator didn’t know that. In the final minute of my speech, she came up behind me, pulled at my sleeve, hissing at me to stop. I remember blushing red, hurriedly finishing and sitting down, mortified, beside fellow panellist, Pulitzer Prize-winning author Geraldine Brooks. ‘I really enjoyed your talk,’ she whispered. ‘I wish you’d been allowed to finish.’ I’ve never forgotten such kindness to a new author.

12. The perils of eavesdropping. After finishing a library event during a book tour, I went to the Ladies. While I was in the cubicle, two audience members came in and started dissecting my talk, my books and – especially – my appearance: ‘She’s not thin, but she doesn’t seem to mind.’

13. Good news day. In 2017, at the start of the publicity tour for my eleventh novel, The Trip of a Lifetime, my publicist and I landed in SA’s Mt Gambier, queasy after a bumpy trip in a tiny plane. We turned on our phones to a cacophony of messages. My book had gone straight to number 1 in Australia.

14. Changing technology. In 1999, I printed off my first manuscript and mailed the 400 pages from the North Hobart Post Office to my Irish publisher. It cost $87.00 to post (I still have the receipt) and took three weeks to arrive. Twenty years later, my manuscripts are emailed instantly and simultaneously to publishers and agents in Australia, the UK and USA.

15. A puzzle solved. In 2015 I got a call in Dublin from Mum in Adelaide, asking for help with a question in The Advertiser newspaper’s weekly quiz. Q: Who wrote the 2007 novel Those Faraday Girls?

16. An urgent question. At library talks, I often start by saying I’ll happily answer any questions on any topic. At one talk, a woman in the front row instantly started waving, wriggling in her seat in what I thought was excitement. I smiled and invited her question. ‘Do you know where the toilets are?’ she shouted.

17. An unexpected TV appearance. My ninth novel, The House of Memories, was published in 2012. In July 2018, I suddenly started receiving messages from eagle-eyed viewers of the long-running Australian TV series Home and Away. A beloved character, Maggie, was in her hospital bed, reading a copy of The House of Memories.

18. Lost and not found. Since my first book was published, I’ve always sent my Mum a proof copy and a first edition, signed lovingly to her. She had a bookcase full of different editions, translations etc. In 2013, moving house, she divided up her books, some to keep, the rest for charity. Somehow, somewhere, the boxes got mixed up. Despite visits to every charity shop in Adelaide, even a TV appeal, they’ve never turned up.

19. Hidden secrets. I’ve hidden friends and objects in my books along the way. My first three novels all have a red ball in them somewhere. In Those Faraday Girls, two characters go into a Dublin pub for a drink. The group I describe at a neighbouring table are my best friends in Dublin. In Hello from the Gillespies, two characters visit a bookshop in Port Pirie, South Australia and talk to the dark-haired owner. I don’t name her, but she’s Margie Arnold of Meg’s Bookshop, a brilliant bookseller and a friend for the past twenty years. Everyone who knows her recognised her.

20. Superstitions. I collect objects or develop rituals as I write each book. During The House of Memories I collected fox figures. With Hello from the Gillespies it was robins. While writing The Trip of a Lifetime I grew obsessed with the number nine (I couldn’t finish writing for the day unless the word count ended in '9'.) My forthcoming first children’s book, Marcie Gill and the Caravan Park Cat, has sparked an extensive black cat collection. They jostle for space with the objects for my new novel, The Godmothers: ring-tailed lemurs. I’m about to start writing my thirteenth adult novel and two more books in my Marcie Gill series. To paraphrase a line from Jaws: I’m going to need a bigger desk. 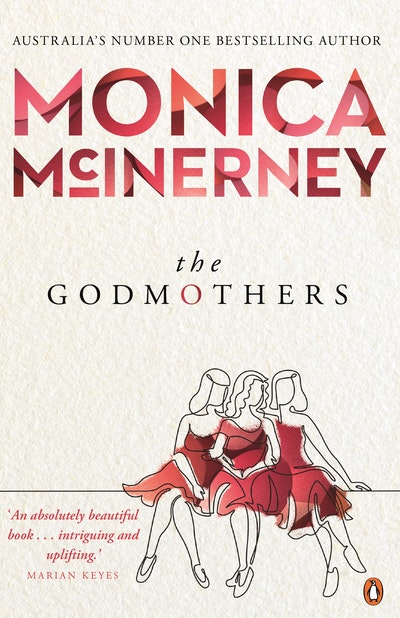