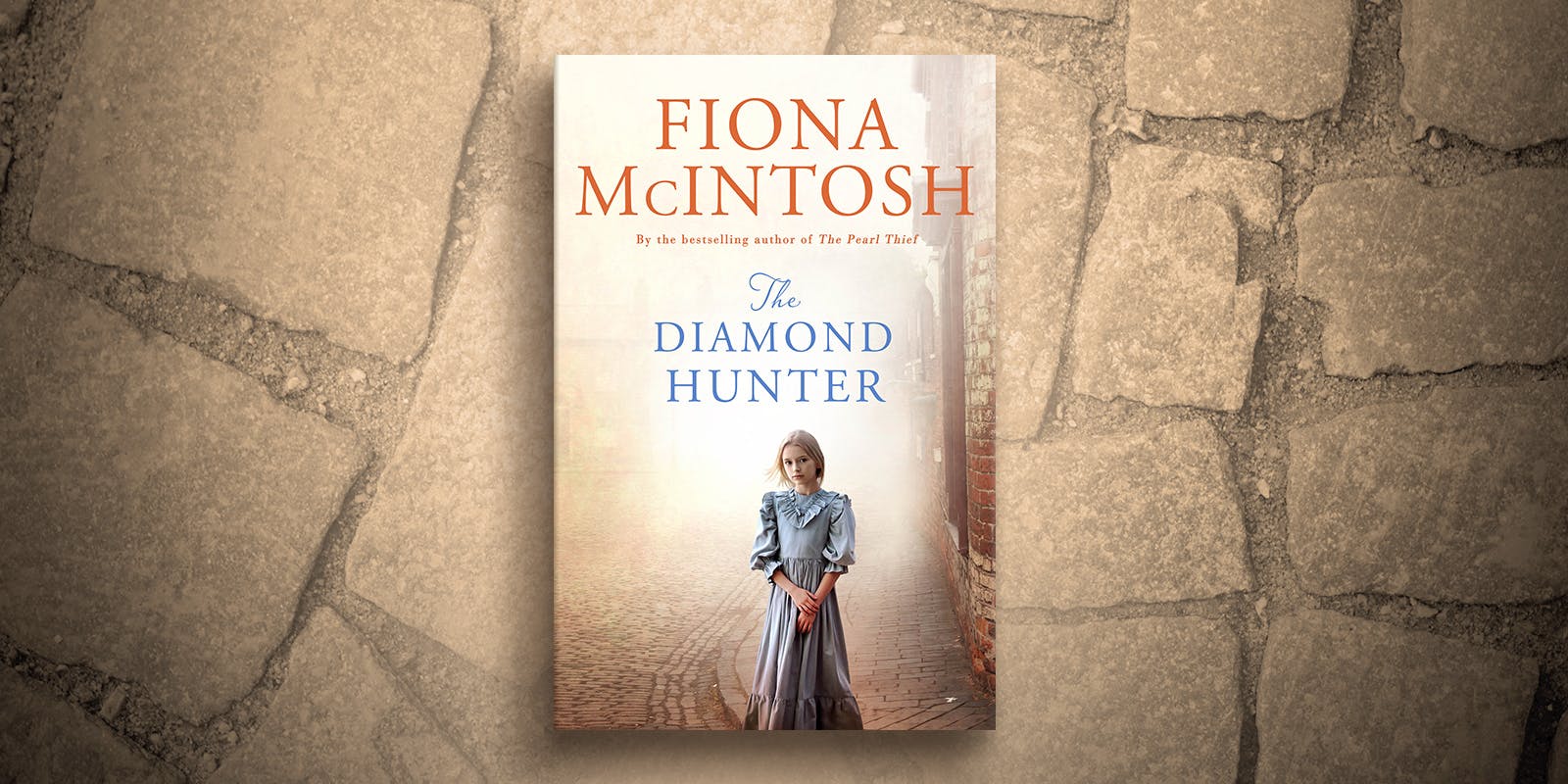 I spent my early childhood commuting between England and West Africa, where my father was working in the gold mines of Ghana. The memories aren’t plentiful but the ones I have play out like a movie and are vivid in colour, texture, emotion and even smell. All I have to do is smell a ripe pineapple for instance and I am transported back to being five years old and running wild through our mining camp.

And that’s where the similarities with The Diamond Hunter begin, I suppose. I didn’t deliberately choose for Clementine in my story to mimic my early world – not at all – but the subconscious is a curious landscape and no doubt the back of my brain deliberately took the story’s journey there. When I first arrived at the concept, I thought I was going to write about a young woman who is taken to Africa against her wishes by her adventuring husband – she loves him deeply but doesn’t share his swashbuckling spirit.

By the time The Diamond Hunter came around to be written, a year or so later, and I was settling down to craft chapter one, my direction had changed and I realised I was going to write about a child and the effect her adventuresome parents have on her young life, plus the shock of being taken back from the wilderness of South Africa, against her desire, to live the privileged life of a young socialite in late-Victorian Britain.

Of course, I drew on my freedoms of living in Africa. I was genuinely living the most carefree of childhoods, even though I suspect there were plenty of dangers, from snakes to simply being a curious five-year-old and where that might lead. I have to say it was the best childhood. Our parents trusted my brother and I to follow the few rules there were and then trusted us to instinctively look after one another, which we did. Mum schooled us on a sunny verandah and most of the day we were left to play with the few other children in the camp. I look at the children of today, including my own, who were supervised at every turn, and I wonder whether they experience the sort of magic we enjoyed of discovery, problem-solving and that sense of total freedom we had in the 1960s.

Into my life came a young man, not long out of his teens, who worked in our household with my parents. His name was Adongo; this was his first job and I was his best friend from the moment we met. I loved Adongo and followed him around, taught him everything I learned on that sunny verandah and adored his quiet presence that was underpinned by a wicked sense of fun. The day we left Africa for the last time, which was in 1967 I reckon, was the darkest of days for me. I couldn’t believe we were leaving Adongo behind… I was seven and felt betrayed that my friend was not coming on the plane with us to England. It was a terrible sense of despair.

Again, it wasn’t contrived; the story just went there, and I realised the love story was to be about the love in an unbreakable bond of friendship between a little girl and an African man. Suddenly this was all the oxygen the story needed – I didn’t have to know anything more about the plot… it wrote itself.

It was a wonderful life. Laughter, exotic journeys into the bush, lots of African friends, brilliant music and food of the Ghanaians, colourful village life, magnificent talking parrots for pets, beautiful African Greys and a magnificent, chatty, multi-colored parrot called Billy that we brought home and gave to my cousins, and which lived until I was about 45. Amazing, eh? I’ve never returned to Ghana. I guess I have such bright, inspired memories that I don’t ever want to burst that bubble, although I often think about Adongo and how much I’d like to hug him again.