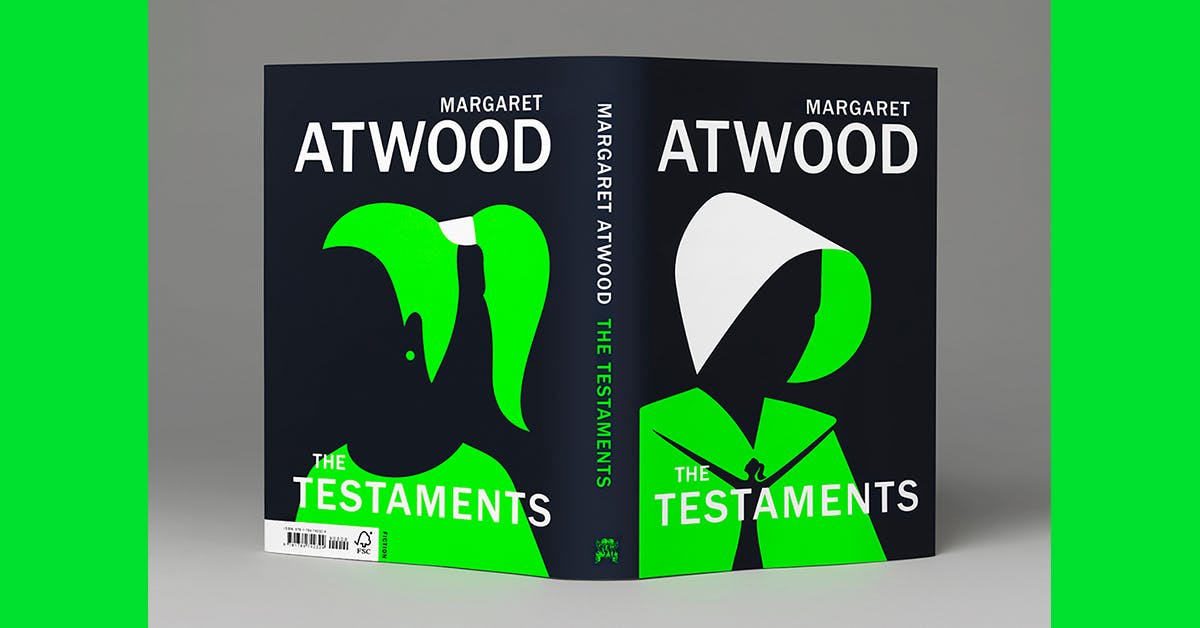 The first I knew about ‘The Project’, was a message from the Editor, Becky Hardie:

‘I know almost nothing about the new book, but here’s a para she wrote at the time in case it’s useful. Let’s talk about whether or not we can get ahead at some point soon.’ - B.

What I then read was a starting point. I typically read the full manuscript or at least a proposal or synopsis, before embarking on the design process. I had previously commissioned Noma Bar to illustrate what was now an iconic book cover for, The Handmaids Tale. It was obvious to me that I should work again with him on the cover for the sequel. I decided I would have to ask Margaret Atwood some questions, to give me more of a steer for the cover concept.

'Hello! We are tentatively going to start seeing if we can pull off an iconic jacket without having read the book!!! If we can’t, we will revert to the conventional way (ie read it first). I shared your initial ideas with Suzanne (Art Director) and she has some questions. See below’  - B

Prior to publication, I can’t share any questions or answers as Becky said 'These answers must stay totally between us.'

With Noma (based in London) on board, and briefed in secret, the plan was for him to sketch some images, which he would then send back to me. To complicate matters, I was on holiday in Vancouver, and the Editor Becky, was on holiday in a remote part of Indonesia. I would text her, and then she would find internet access, so she could properly communicate with me about the work in progress.

Over the next couple of weeks our secret emails traversed the globe:

‘Had a very good conversation with Noma who is sitting in the woods brainstorming. He hopes to send first roughs on the 23rd!’ - S

‘Hi Suzanne, Hope that all well in Vancouver :) Please see the attached file - 19 page - will text you soon’  - Noma. 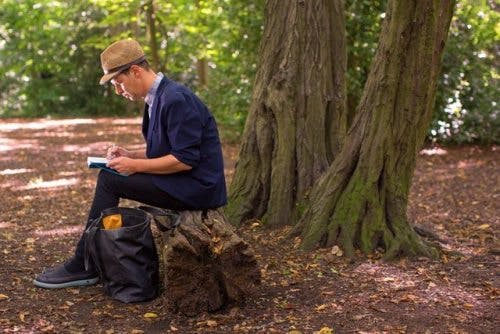 ‘Please forgive quick notes, We are about to depart…Some promising things here, Noma seems to think back cover of our double cover idea doesn’t work, but I think …’ - S

‘Hello! Just arrived in Singapore… I still really like the…’ - B

Two weeks later and after much back and forth:

‘Hi both, Hope you are ok…  I finished writing a long email, pressed send and then it crashed! Agh, Anyway, I think you shouldn’t do anything more on these at the moment Noma. I need to work up a selection of visuals on my return and then they will be presented to various people before the chosen one/ones go to the author’  - S

The response in-house was unanimously positive. Becky sent the visual over to Margaret Atwood and her agent, who coincidentally happened to be visiting her in Canada. After a few minor tweaks and much discussion about whether to go neon or not, we had a cover, which then remained secret for several months. Looking back over these messages, it’s hard to believe we were working on a design at such an early stage of book’s process. It was a gamble which paid off, and we achieved the near impossible, as both the US and Canada were keen to use our jacket too.

We had a global book cover design ready for the big reveal.