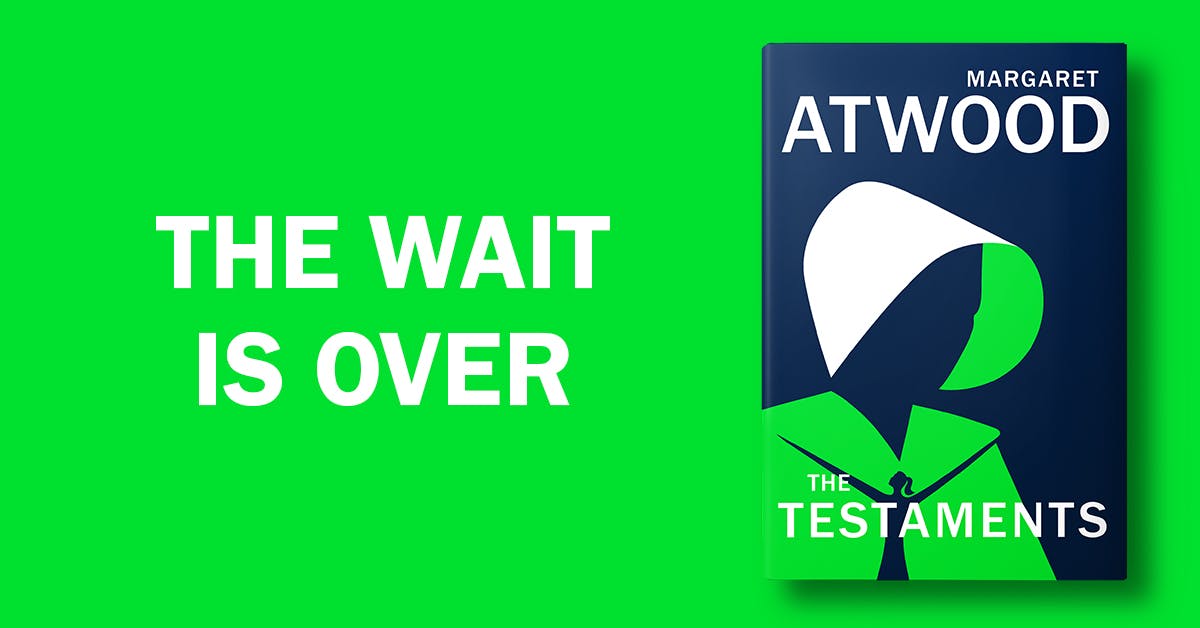 What prompted your return to Gilead?

There have been many requests for a sequel. As time moved on, instead of moving further away from Gilead we started moving towards it, especially in the United States. While I couldn’t continue with Offred’s narrative, I could continue with other characters.

How do these kind of regimes disappear? I was interested in exploring that and what it would be like for the second generation in Gilead – this is all they know, this is normal life to them, they’re not engaged in the violent part of the affair.

One of the narrators grows up in Gilead, one across the border in Canada and one was there for the founding. We see Gilead from within, from without and from the founding.

We’ve only seen Aunt Lydia from the outside in The Handmaid’s Tale. How do people complicit to these regimes get into it? What do they use that power for? What is their justification to themselves?

How much has your involvement in the TV series affected the way you wrote the book?

Bruce Miller and I talk on the phone and we have important conversations. I read the scripts and make notes. I don’t have any actual power to make changes, but some influence. We’re in accord most of the time. He’s now read the book and has so much more whiteboard space!

How does it feel to see your book being used again in protests?

That started in Texas where an all-male legislature was bringing in more laws about women’s bodies. The photos looked like shots from the TV series. It’s the perfect form of protest because it’s peaceful. It’s a very striking visual image, too. It’s a question of things escaping from a book into the real world. None of this would be happening if countries weren’t putting people in charge of women’s bodies who aren’t those women.

Until the Cold War ended, the US presented itself as the liberal alternative. They weren’t showcasing their shadow side. But once that opponent was gone, everything could come out of the cupboard that has always been there, and out it has come.

How much pressure did you feel writing this book three decades later?

Do you consider The Testaments dystopia?

A dystopia is an imagined society that we assume is worse than the one we live in. A utopia imagines a better world. The nineteenth century was an age of the utopia because it felt it was improving things and things would keep on getting better. That changed around the turn of the century. After WWI & WWII, utopias became hard to write. Is The Testaments a dystopian world? Let us hope so.

What do you make of the reaction at midnight last night [on publication day]?

London loves a happening! It’s quite amazing how people came in the middle of the night to see the books revealed. It was lots of fun. People had a pretty grand time!

Are you overwhelmed by the launch? Do you consider yourself a literary rockstar?

Well I haven’t yet died of an opioid overdose... but there’s time! Am I overwhelmed by it? I’m very pleased and grateful to the readers and the teams of people across the world who’ve been putting it all together and protecting the manuscript.

When did you start writing the new book?

I sent a two-paragraph summary to my publishers in February 2017. I think they were terrified. I must have been far enough along with it then to tell them what I was doing. I was thinking about it in 2015 and started proper planning in 2016.

Would you go back to Gilead again?

I never say never to anything.

Do you think writing is an act of faith?

Writing is always an act of hope because it assumes a reader, no matter what the content.

What has it been like seeing the US moving closer to Gilead?

If you look at the legislative moves made in the US you can see they’re almost there. The message is that the state will own women’s bodies. You’re forcing women to deliver babies. Cheap labour, and that’s a pun.

The Testaments contributes to a conversation that’s already taking place. For a society that claims to value individual freedom, evidently they think this freedom doesn’t extend to women.

The Testaments seems a lot more optimistic than The Handmaid’s Tale, why is that?

The Handmaid’s Tale is optimistic. I didn’t kill off the central character and we have the symposium at the end which proves Gilead didn’t last.

It’s the same with The Testaments. It’s still clear that Gilead is over and it crumbled partly from within.