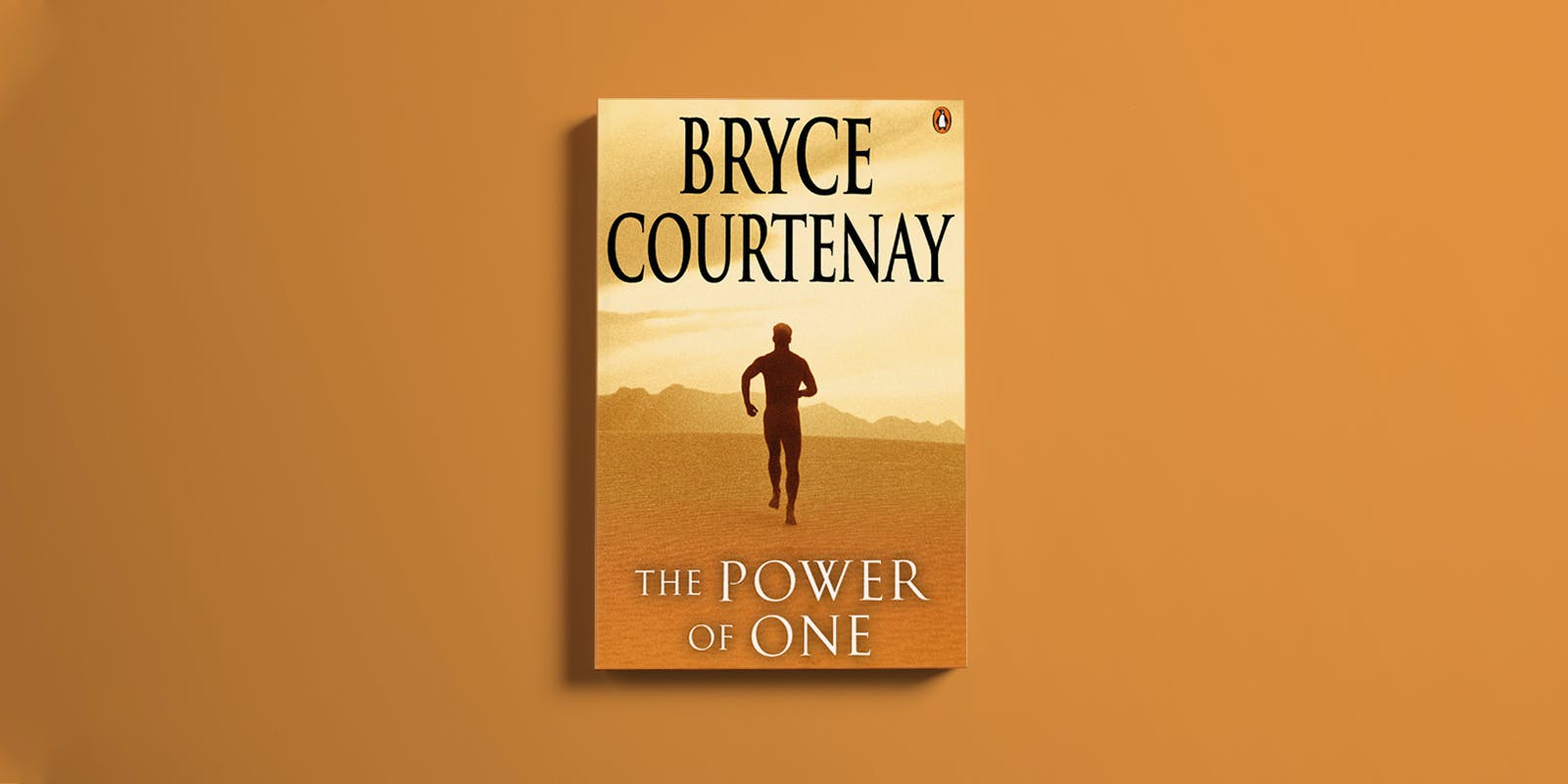 With more than eight million copies sold in 18 different languages worldwide, the late Bryce Courtenay’s 1989 debut, The Power of One, is every emerging author’s dream. In his mid-50s at the time, Courtenay was a relative latecomer to fiction writing. The book’s enormous success allowed him to pour his energy into what’s become one of Australia’s most beloved literary legacies.

Tandia, The Potato Factory, Jessica, April Fool’s Day, Four Fires, Tomo & Hawk, Whitethorn, Solomon’s Song – across continents, through time and told from often unexpected perspectives, via his 21 books Courtenay illuminated humanity’s secrets, contradictions and truths. And as we celebrate the 30th anniversary of The Power of One’s breakthrough success, it’s staggering to contemplate that if not for a series of chance occurrences Courtenay’s literary star may not have shone quite so brilliantly.

A message in the mirror

Upon turning 50, Courtenay had an epiphany: life as an award-winning advertising executive was hindering his dreams. ‘There I was, working too hard, drinking too hard, smoking about 100 cigarettes a day and I realised I was looking at a typical slob executive,’ he says. ‘Not only that, I had become involved with a career and forgot about my lifelong ambition to be a novelist. Thirty-five years went by and I was most likely to be dead in five years. So I changed everything.’

Courtenay quit drinking and smoking, handed in his resignation and took up running – eventually amassing dozens of marathons around the world, including a double marathon in South Africa. But, most importantly, he began writing. The Power of One was the first of three ‘practice’ novels he committed to writing over a three-year period, before attempting to create what he believed would be a more publishable fourth.

Climbing out of bed early one morning in 1986, Courtenay went to his study, and with the words, ‘This is what happened’, began his first novel, before returning to bed. He missed his internal completion deadline of one year by a mere two minutes. And, moving on with the plan, he initially used the manuscript (then titled The Tadpole Angel) as a doorstop while he commenced work on his second ‘practice’ book – later to become The Power of One’s follow-up Tandia.

The next revelation came by way of a happy accident. After his son’s girlfriend tripped on his manuscript doorstop, she gathered up the pages and started to read. Declaring the book one of the greatest stories she’d ever encountered, she encouraged Courtenay to find a publisher. Her instinct was correct, and rights were eventually sold in the US for a $1 million advance – an unprecedented amount for an Australian author. ‘I was absolutely staggered when somebody wanted to publish it in the first place,’ he says. ‘Now its worldwide success still amazes me.’

Twenty-plus novels, film and TV adaptations, multiple accolades and millions of books later, it’s difficult to imagine an Australian literary landscape without the contributions of our most beloved author. For Courtenay, there was no greater gift in life than that of literacy. ‘Unless we teach our children to forage for information, that words and wisdom are inside a book, unless they become literate, they cannot become the thinkers and dreamers critical to our nation’s health,’ he says. An ardent supporter of dozens of charities, he gave back to the community via countless writing courses – inspiring would-be authors to share his dream. He has also said he was happy to ‘belong with the socks and the chocolates under the Christmas tree.’ As such, he was never bothered by the lack of enthusiasm shown to many of his books by what he called the ‘literati glitterati’. For Courtenay, the opinions of readers – as ‘the fourth protagonist’ – were always infinitely more important. And still, 30 years since publication of his fateful debut, as The Power of One continues to inspire, evoke, incite and inform young minds around the world, Bryce Courtenay’s legacy endures.

What does The Power of One mean to you?

To celebrate thirty years of The Power of One our staff and authors reflect on what Bryce Courtenay's novel means to them.