2020 has been a pretty dismal year for travel (amongst other things) but that doesn’t mean you have to give up exploring. Why not travel from within the pages of a good book instead?

The Aussie Kids series is a fun-filled look at the lives of 8 fictional kids, living in each of Australia’s states and territories. From the gorgeous Great Ocean Road in Victoria to a NSW zoo, mangrove creeks in the NT and Floriade Festival in Canberra, this is armchair travelling for kids at its very best!

With a diverse range of voices and a different author-illustrator team on each book, the Aussie Kids series will ease your newly established reader into the immersive world of literature – they won’t ever want to leave!

Friendship, fun and the joys of being a kid abound in this fresh junior fiction series from Felice Arena and illustrator Tom Jellett, the dynamic duo behind the popular Sporty Kids series. Follow two energetic best friends, Ruby and Oliver, and their hilarious yet heartfelt antics.

The Besties series is perfect for the 6 to 8-year-old age range, with all of the bells and whistles that every junior fiction book should have – engaging images, simple language and easily readable print.

But, best of all, the Besties series celebrates the beauty of being a kid. (Remember that time before taxes and meal prep took over our lives?) With stories that focus on imagination, play and finding happiness in the everyday, the Besties is a great addition to any bookshelf. Oh, did we mention there’s even sheet music at the back so you can play or sing along with the Besties favourite songs!?

Melina Marchetta is perhaps one of Australia’s most renowned and prolific authors for young adults and adults, but it wasn’t until her 8-year-old daughter expressed a reluctance to read that she turned her hand to writing for younger children. As a result, the Zola series was born – featuring a spunky, mischievous heroine and loosely based on Melina’s own family life, this charming series is a must-have for readers in this age group.

Follow Zola and her sprawling family, including Nonna, Mum and her cousin, Alessandro. Along with some friends and neighbours, each day of the week (represented by a different book in the series) sees Zola attempting to do something fun and exciting, and of course, getting into trouble along the way. Warm and detailed illustrations from Deb Hudson bring Zola’s personality to life and perfectly accompany Marchetta’s vivid descriptions of her family and neighbourhood.

Nelson HATES vegetables (sound familiar to any parents out there?). He hates the way they look, the way they smell, and of course, the way they taste – gross! But, when Nelson discovers that veggies give him superpowers, his outlook on those green things on his plate is totally turned upside down!

Author Andrew Levins is an expert at talking to kids, perhaps honed in his many creative careers, including as a DJ, comedian and journalist. Nelson is full of hilarious jokes and witty one-liners, made all the more effective when paired with Katie Kear’s lively illustrations. An accent colour is used throughout the illustrations in this junior fiction series, adding another element to the reading experience.

Diary of a Wimpy Kid

This wouldn’t be a list of the best series for newly independent readers without a little bit of Jeff Kinney in the mix! He’s the master of grabbing kids’ attention and keeping it as a series continues, as evidenced by the long-running Wimpy Kid series – now up to book 15!

Wimpy Kid has taken the children’s book world by storm, reaching #1 on countless bestseller lists, spawning a spin-off series – Awesome Friendly Kid – and even inspiring a string of movies. It’s the OG of incredible junior fiction that does exactly what it should – engage, excite and encourage those new to reading to keep at it. Stream of consciousness, diary-style prose combined with simple illustrations makes for a funny, frank read for ages 6 and beyond.

Speak of the devil – here’s another incredible book series from Jeff Kinney! The Awesome Friendly Kid spinoff series follows Wimpy Kid side character Rowley Jefferson, AKA protagonist Greg’s best friend. In this ultra-fun, laugh-out-loud series, we follow Rowley on a series of odd adventures, all fuelled by his trademark friendly demeanour.

Yet again, Jeff Kinney has hit the nail on the head, writing a story that bursts at the seams with humour, mirth and intelligence. Dotted with funny illustrations, the Awesome Friendly Kid series is a new or reluctant reader’s dream. 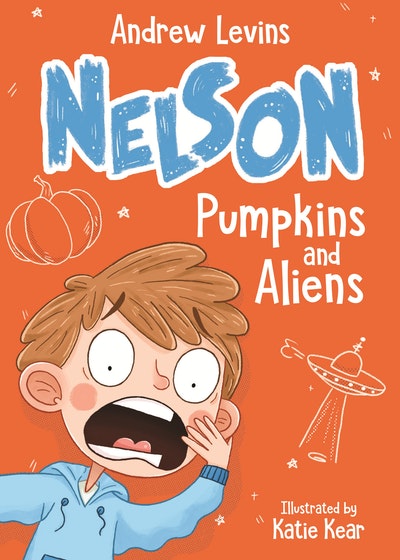 How play brings out the best(ie) in all of us

Diary of an Awesome Friendly Kid - inside look at AMAZING GUY

What’s this!? A superhero based on kindness and friendship? It can only be… AMAZING GUY!

Get to know Diary of a Wimpy Kid author Jeff Kinney.

Everything you need to celebrate the new Jeff Kinney release.

Author of AUSSIE KIDS: MEET MIA AT THE JETTY, Janeen Brian, takes us behind the scenes of her work.