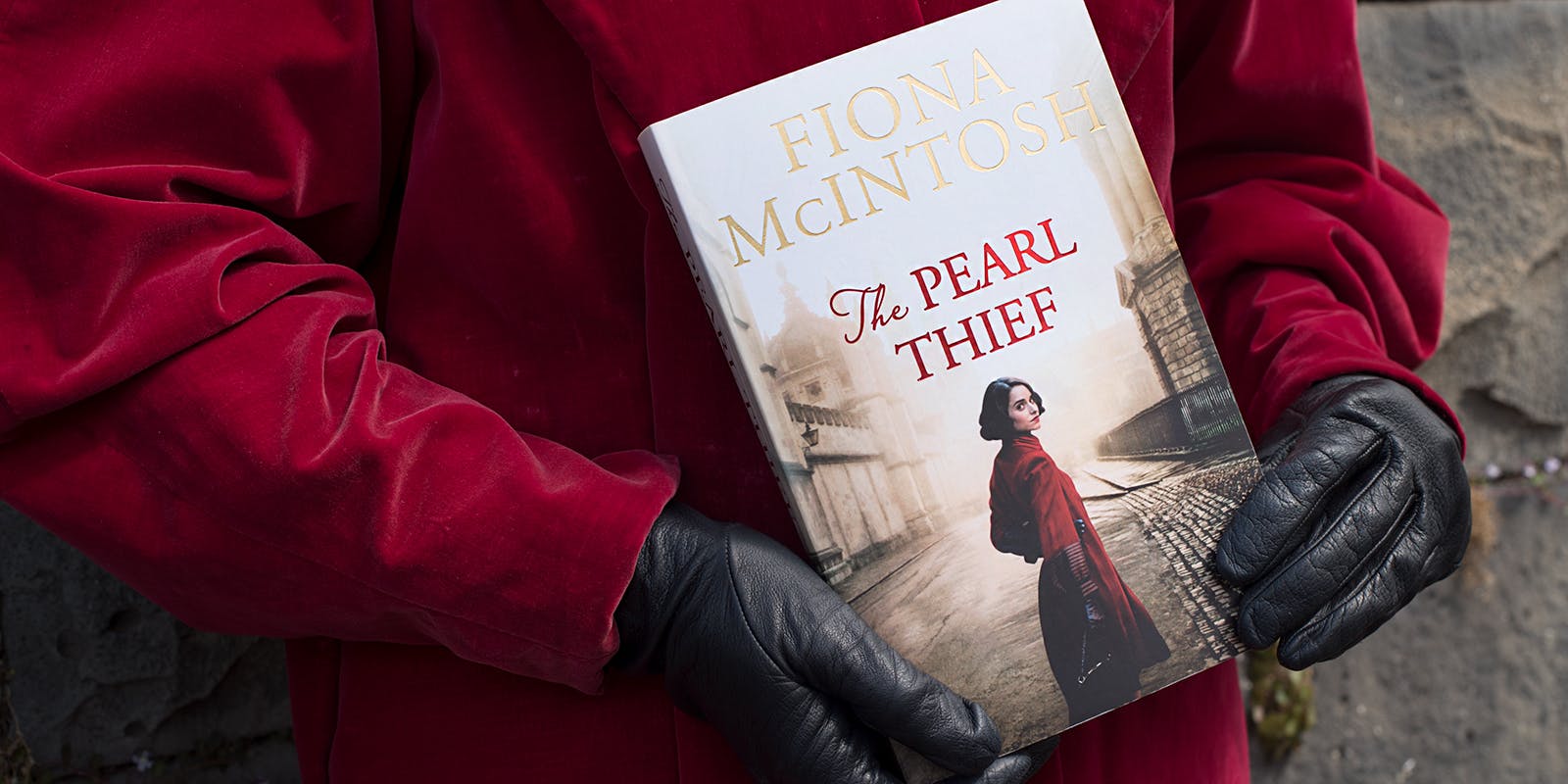 The idea for The Pearl Thief came from a visit to the British Museum many years ago where I saw an incredible piece of jewellery from the early middle ages. It was in solid, articulated gold and could well have been a Viking piece. While I never forgot it, over the years my recall of it dulled and I was convinced it was a single strange of magnificent pearls. Later on, the museum spent hours looking for it and was as baffled as I until we discovered my error to much laughter. Nevertheless, the extraordinary piece remained as perfect, massive pearls in my mind and I decided they were Ottoman, given to a favourite odalisque of the Murad who later made her his first, and most important, wife. I then built a provenance around this piece of how it travelled from Constantinople in the twelfth century to Russia, and later into Eastern Europe finding its way into an aristocratic Jewish family. I was intending on writing a deliberately darker tale… a story that had serious consequences and bigger stakes. I decided this piece of jewellery wasn’t going to be the adored, happy family heirloom it had been for centuries and would now become the impetus for a dark tale in that Jewish family’s history.

I chose Prague as the setting for several reasons. I love the city and I knew that many of my readers would have either been there or it would be high on their wishlist. Given that I whisked them to Calcutta and up into the foothills of the Himalayas to Darjeeling in my previous book The Tea Gardens, I decided that it was time to bring them back to Europe.  Through all my research over the years I already knew quite a bit about Prague, primarily that the Occupation of Prague essentially set WWII in motion. I knew that it had a bustling Jewish community that was shattered by the arrival of the German Army, that it wasn’t a city destroyed during the War, and in particular that the Kindertransports had eight successful trainloads of children out of Prague into the safety of Britain. It all came together perfectly in my mind that Prague should be the main focus of the book’s war years, and that the fresh, lively, streets of swinging 1960’s London would offer the ideal stage for the story to play out – beginning in the Museum and roaming around London’s West End. I needed my heroine to have hidden somewhere in continental Europe, and Paris was ideal – specifically that she could be on loan from The Louvre to the British Museum.

York was an hilarious addition. My editor, who loved the story when she first read it, nevertheless felt it was claustrophobic as all the scenes were mostly indoors, and wanted some landscapes and outdoor scenes. Because she knows I’ve travelled so widely I think she figured I’d just ‘add some in’. But that’s not how I work. Every novel is specifically researched for location, streets, restaurants, houses, gardens, etc. I spend up to 18 months researching before I write, and location work is often completed up to 12 months out. So, much to her horror, I got on a plane and flew to England. I gave myself three days on the ground to find this new and amazing landscape she wanted. It turned out to be Robin Hood’s Bay in wild Yorkshire. Fortunately, my best pal in England knows Yorkshire intimately and she threw me in a car and drove me to this place that I couldn’t have dreamed up more perfectly for my story. And I am grateful to my editor because it made an impressive difference. It meant I had to re-write the second half of the book because all the characters were in the wrong places and the timeline wouldn’t let me bring the finale together without introducing new characters and giving some different roles. This of course showcases the rare downside of my writing style, which is to not plan anything. I write organically to the loosest of storylines and so obstacles like, ‘we need a big outdoor scene’ can erupt.  Most of the time in my research-phase I over-gather what I might potentially need. And I spend time studying places to make sure I have sufficient material in a year’s time for whatever might be unfolding in the story that I haven’t planned.  This is why I always hire professional guides/historians who can educate me and often make suggestions I haven’t thought of in terms of what to see or do while we’re together.

This extensive research is the main challenge of writing historical fiction. It’s time consuming, expensive and energy sapping. The importance of getting the atmosphere bang-on for the reader can’t be overstated. Authenticity shines through and can make the reader feel they’re sitting in a special bubble and fully believing they’re walking alongside the characters.

This dedication to research is nothing new for me – for The Perfumer’s Secret, I spent a week in Grasse, France, learning the intricacies of making perfume. And then after writing my fictional perfume into my story I realised I didn’t know how it would smell, so I returned to Grasse for three days to create that very perfume so I could describe it for the reader and know precisely all of its elements and how they blended to make one particular fragrance.  When I was writing The Tea Gardens, I travelled into the foothills of the Himalayas to stay in the grounds of a working tea garden and I worked alongside the Nepalese women who harvested the leaves daily. I put a basket on my head and learned how to pluck the highly specific two leaves and a bud, before learning the whole drying and processing of the previous century. Writing The Chocolate Tin meant learning the entire chocolate processing system of 1915, and that meant a visit to the Rowntree’s factory in York. I was able to get into the packing room and learn how the girls of the WWI years made and packed the chocolates and what their lives were like. Then I went off to France, hired a professional guide to the battlefields and together we found the exact spot in northern France with correct battalion, uniform, etc. of where my soldier falls in 1915, which kicks off the story. I somehow talked my way into the bowels of a former lunatic asylum in York so I could write that part of the story authentically.

Fiona on location, from left to right: sipping excellent Czech beer in a beer house, and on Prague's Charles Bridge.

For The Pearl Thief my main challenge was getting the research accurate so I could topple the reader into 1939 Prague or 1963 London/Paris/York and it feels effortless for them to keep turning the pages. Another huge challenge was pushing through the siege on my emotions during the research. As a writer, any story that involves any aspect of the Holocaust is going to be confronting. I spent a long time in the Jewish Library in London devouring books and stories, and each new witness account pushed me deeper into sorrow. You’d think I’d already know enough from researching The Lavender Keeper and The French Promise but there’s always new horror to face. It was the first time I’d researched the Kindertransports and the pain I felt while writing that scene of the children leaving their parents was real… as a mother I couldn’t imagine how desperate those parents felt giving up their children – they knew they would never them again.

The thrilling new blockbuster by the bestselling author of The Tea Gardens.

A sweeping, epic story of love and betrayal from Fiona McIntosh; The Pearl Thief will leave a lasting impression on your book club.