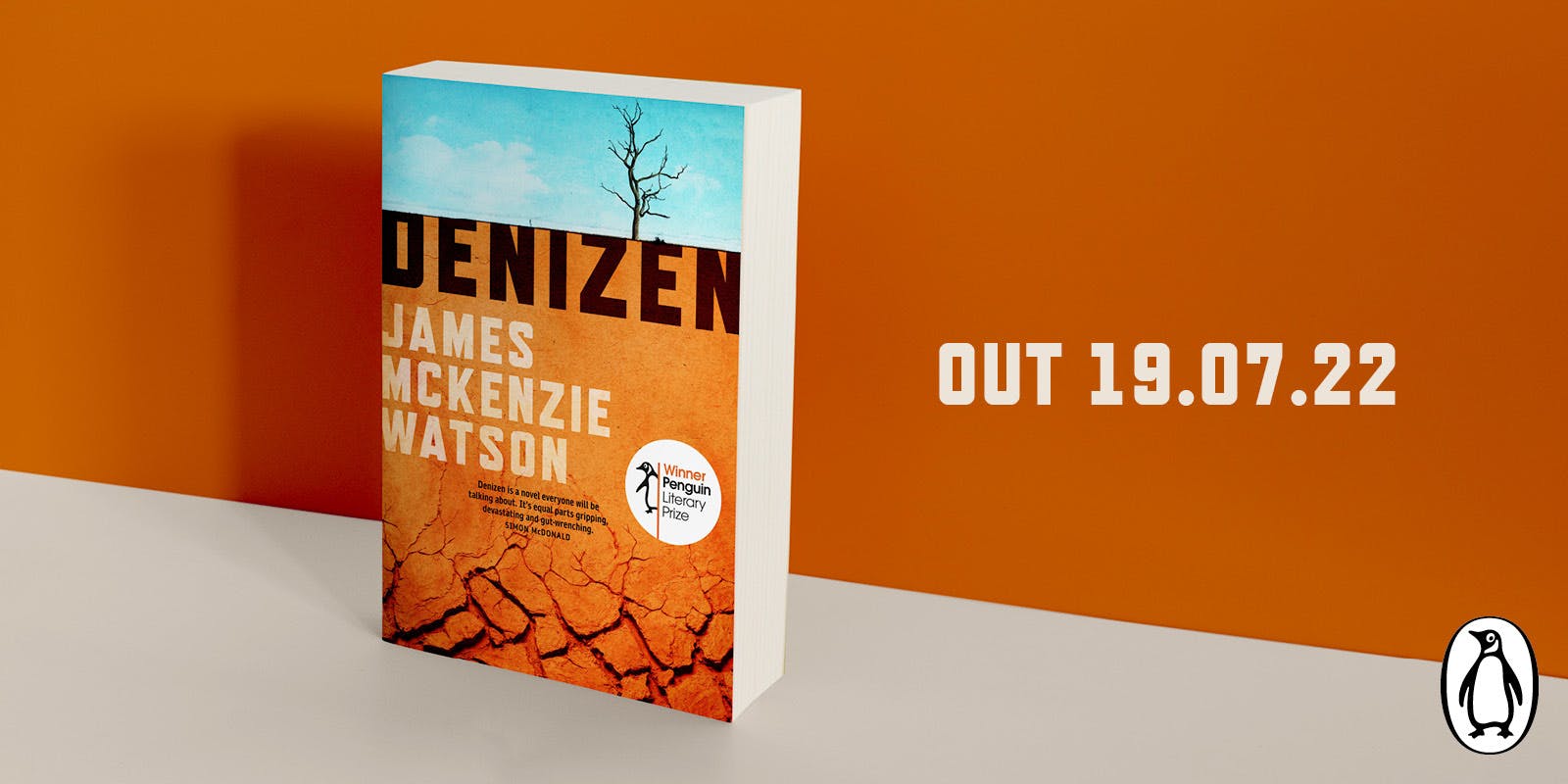 James McKenzie Watson, winner of the Penguin Literary Prize 2021, has been writing since he was a child. But with a debut novel on the horizon, it’s safe to say that his writing career has officially taken off.

Denizen is an Australian gothic drama that explores the depths of humanity in confronting ways. Based on his experiences growing up in rural New South Wales and work as a nurse, the novel explores the consequences of unchecked mental illness in regional areas.

What inspired the setting of the novel?

It was informed by my own lived experiences growing up in rural New South Wales and seeing time and again the catastrophic consequences of isolation and mental illness in the rural population. The bush is a stark and beautiful place, but in many ways, it also exists off the edge of the map; a breeding ground for intergenerational violence, illness and tragedy.

How long did it take you to write Denizen?

I wrote the first draft of Denizen during a bizarre time in my life. One day in December 2015, when I was twenty-three, I woke up unable to feel my toes. Before long, I was having trouble walking – I went to hospital and was diagnosed with Guilian Barre Syndrome (GBS). . . Part of the diagnostic workup for GBS is a lumbar puncture/spinal tap. After a lumbar puncture, you have to lie flat on your back for two hours to avoid a cerebral spinal fluid leak. Once the procedure was done and I was laid on my back staring at the ceiling, I thought to myself ‘well, this is as good a time as any to start fleshing out this idea for a new novel.’ Two hours later, I had a rough first draft outline for Denizen in my head. I was discharged from the hospital a week later and got stuck straight into writing a first draft, which I finished in about six weeks. Back then, it was a very different book - it’s gone through six drafts and countless iterations since then.

How much of the novel is based on your life?

Denizen is entirely a work of fiction but was informed by lived experiences. At the book’s core is a story of acute and devastating mental illness. My lived experience with mental illness was very different to what’s described in the novel, but I was a deeply emotionally unsettled teenager. I dropped out of school when I was sixteen and spent several years withdrawing further and further into the isolation of the rural property I grew up on. I moved to Sydney aged eighteen, where I was guided to recovery by my parents and a variety of incredibly kind and supportive mentors. Looking back as an adult, I can see that much of my mental ill health was perpetuated by geographical remoteness and a lack of access to mental health services, which is a key theme in Denizen.

Do you have any fears about the book coming out?

I think I partly wrote the first draft to be provocative – to try and expunge the distress I felt for my adolescence by confronting the reader with the harshest realities of mental illness in the bush. I know that it’s a dark and disturbing novel at times, but those characteristics feel important for a book like this. That said, I've grown a lot since I first wrote Denizen, so much so that I worry what people are going to make of it and me when it comes out. It reflects a different me at a different time, which is a strange feeling.

How would you describe your book in one sentence?

An Australian gothic that explores the catastrophic consequences of unchecked mental illness in the bush.

When did you write your first novel?

I wrote my first novel when I was fourteen. It was basically just Harry Potter with guns instead of wands.

Where do you do your best writing?

I can write quite happily anywhere so long as there’s greenery. The room where I wrote in my unit in Sydney was on the third floor of a Lane Cove unit block, and its window looked out into the tops of trees on the street. I find writing so much easier when I can see nature!

How has your career in nursing influenced your writing?

My identity is definitely equal parts writer and nurse. Nursing gave me purpose and meaning at a time in my life when I desperately needed it and continues to be a huge source of joy and passion for me.

Nurses see the best and the worst of humanity. I think it would be easy to come away from the worst days as a cynical and unhappy person, but instead, I've found that they've given me new hope for the world. The way people come together in such devastating events is inspiring and it would be impossible for my world view to not have shifted in response.

And that’s bizarre, because that’s definitely not the theme of Denizen! The next novel will be much less fatalistic.