On a remote property in western NSW, nine-year-old Parker fears that something is wrong with his brain. His desperate attempts to control this internal chaos spark a series of events that gallop from his control in deadly and devastating ways.

Years later, Parker, now a father himself, returns to the bushland he grew up in for a camping trip with old friends. When this reunion descends into chaos amid revelations of unresolved fear, guilt and violence, Parker must finally address the consequences of his childhood actions.

Winner of the 2021 Penguin Literary Prize, James McKenzie Watson writes short and novel-length fiction with a focus on health and rural Australia. Denizen was informed by his upbringing in regional NSW. James co-hosts the health and writing podcast James and Ashley Stay at Home and works as a nurse. 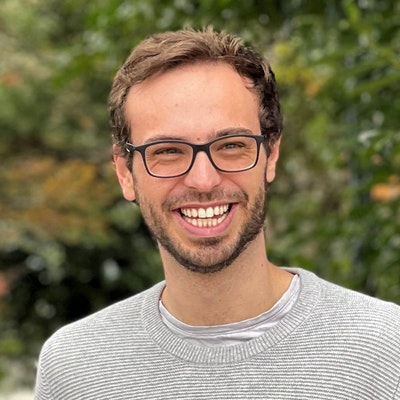 Praise for Denizen: Winner of the Penguin Literary Prize

Denizen is breathtaking, utterly breathtaking. Superbly written, perfectly paced, and with characters that leave you aching, it is quite simply a masterpiece. Be prepared to have your mind blown.

Such an incredibly powerful debut!! Absolutely gripping. A tense, heart-in-mouth read, Denizen takes us inside complex relationships through the mind of Parker, a young country boy. We feel his frustration, confusion and terror – first as he tries to fit into his rough school and, years later, as he attempts to unravel the truth about his family, friends and hometown. Beautifully written, cleverly constructed and devastatingly depicted. WOW! Denizen totally shook me up, and stayed with me long after I finished the last page.

There's a brutal ferocity between mother and son in Denizen, an open hatred. James McKenzie Watson doesn't pull his punches at all. But his target is the narrator's own heart and mind. What will he do with a mind that can self-deceive, or with a heart that can't empathise? What happens is that he becomes a father, has his own child, and this will become the crucible that changes the past or strengthens it unbearably. In Denizen, all is at risk and there is nowhere safe.

This is a taut, tense, and fast-moving tale of how a mind ravels and unravels, of a terrible reckoning decades in the making, and I can’t recommend it highly enough.

Denizen is a novel everyone will be talking about. It’s equal parts gripping, devastating and gut-wrenching as it tackles a myriad of meaty themes including fatherhood, mental illness, and the ruggedness of rural Australia; both its people and the landscape. It’s one part literary thriller, another part psychological study, blended powerfully and uncompromisingly. I can’t wait to read it again in its final polished form.

Mesmerising, eviscerating, beguilingly strange and darkly lyrical – Denizen is a feat of talent and artistic courage, the kind of a book about which you can only speak using most powerful adjectives. This novel, I believe, is destined to become one of Australia’s modern classics. A dazzling debut and one of the best Australian novels I’ve ever read.

A gut-wrenching and mesmerising literary thriller that explores what can occur when rural stoicism and isolation intersect with mental health and its cost to parents and children, stretching across generations. Confronting and powerful and in a league of its own.

Watson plays with language and form but without alienating the reader. He fragments narratives and splits streams of thought to suggest the unstable and the uncertain: a child pursued by loneliness and parental rejection, doing battle with voices, visions. Here Watson is especially brave as a writer, taking on the metaphysical realm, the haunted and possessed, and managing to combine this with cleverly observed, everyday Australian lives filled with frustration, ambition, jealousy, love and fear.