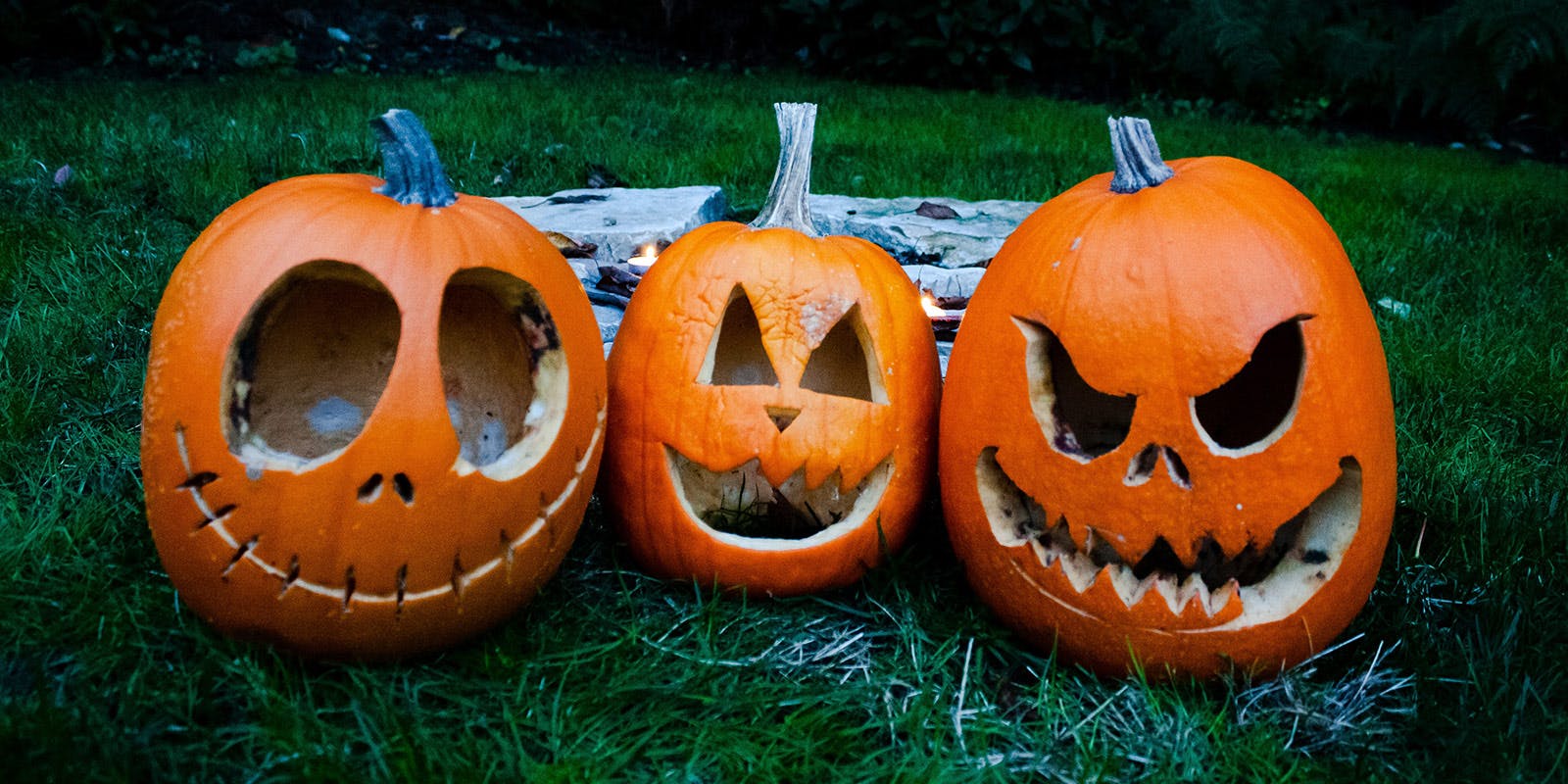 You're going to want to keep the lights on and lock the doors before you dive into these terrifying reads on 31 October. Celebrate the spookiest day of the year with a psychological thriller, a real-life ghost story, a nail-biting murder cover-up and more.

We Have Always Lived in the Castle by Shirley Jackson
It’s not scary in a ghosts, monsters, killer-in-the-forest way, but this dark psychological thriller gets under your skin. Two sisters, Merricat and Constance, live with their incapacitated uncle in a rambling New England house. The local villagers taunt them because they are, suspiciously, the only survivors of a mysterious arsenic poisoning that killed their whole family. The sisters try to insulate themselves from their neighbours’ disdain by conducting their eccentric, ritualistic lives more or less in isolation. Until their cousin Charles arrives to take their inherited fortune from them. The novel is creepy, Gothic, and intense. For me the scariest element is Merricat, who is complicated and troubling, sadistic and chilling. I could almost feel her climbing out of the pages and into the room. (To kill me, obviously.) Jackson’s famous short story The Lottery will also rattle anyone so inclined. In that, she writes about a small American town’s traditional lottery, a brutal event which must surely have been the inspiration for The Hunger Games… – Kirsten Alexander, author of Half Moon Lake

The Devil's Work by Garry Linnell
Poltergeists, levitating tables and a serial killer – The Devil’s Work is nothing short of terrifying.

Journalist Garry Linnell has delved into the story of Frederick Deeming, a serial killer and suspect in the wicked Jack the Ripper killings.

Deeming murdered his wife and four children in England, before moving to Melbourne where he slayed his second wife and buried her under a fireplace in the 1800s.

While he was awaiting execution, an American reporter became fascinated by the twisted story after moving to Australia with his wife, who was caught up in a world of spirits and poltergeists.

The most chilling thing about this story – it’s all true.

While writing The Devil’s Work Linnell visited the home where Deeming killed his second wife.

He says the homeowner who lives there now still feels a presence in the room with the fireplace where her body was discovered.

Linnell says he is a non-believer, but hearing that story was enough to make even the hairs on his neck stand up. – Olivia, marketing

The Box Man by Kobe Abe
I read it when I was living alone in Japan and it got under my skin in a way that no other book has ever managed. I’m still terrified of large boxes to this day. – Imbi Neeme, author of The Spill

The Push by Ashley Audrain
The scariest books are ones that make you question your own mind. Being able to trust your own mind is the issue that the main character Blythe is grappling with throughout this book, as she tries to connect with her much-wanted new baby despite thinking she might be inherently evil. New motherhood and mental health are issues you’re going to want to discuss as soon as you’ve finished reading. I went back and forth so many times on who to trust when I was reading The Push, so if you love a psychological domestic thriller, this is the book for you. And definitely keep reading right to the end – the last paragraph stopped me in my tracks. – Chris, online and digital sales

We Were Never Here by Andrea Bartz
We Were Never Here by Andrea Bartz is a Reese’s Book Club recommendation, which is always a sure bet for a great read. Kristen and Emily are best friends and travel the world together. On a trip to Chile Kristen kills a backpacker she took back to her room. She claims he attacked her and she acted in self-defence. The thing is, it wasn’t the first time she killed…

When Emily finds out that Kristen’s parents died in a house fire when she was little and her best friend from childhood is also dead she starts to wonder who her best friend really is.

This book is super creepy as you find out about Kristen and her past. Is she a psycho or has she just been unlucky? – Tina, publicity

House of Hollow by Krystal Sutherland
The most beautiful nightmare I have ever been immersed in. House of Hollow left me shaking, with my skin crawling! Krystal Sutherland's writing is so fluid and intoxicating. House of Hollow follows the story of the Hollow sisters – a trio who disappeared for a month as children, only to return with mysteriously unnatural black eyes and white hair. The sisters don’t know what happened to them that night they disappeared, no one does, but now that they’re 17, 19 and 21 years old, the young women are determined to find answers. Seeking the truth will take them through the darkest depths of imagination into horrible corners of the world. I am filled with adrenaline even writing this review now... House of Hollow is definitely not a story for the faint of heart! I had to ban myself from reading it before bed. The perfect YA horror-thriller for Halloween. – Laura, marketing

The Shadow Friend by Alex North
You knew a teenager like Charlie Crabtree. A dark imagination, a sinister smile – always on the outside of the group. Some part of you suspected he might be capable of doing something awful.

Twenty-five years ago, Crabtree brutally killed their classmate – and then vanished without a trace.

Paul Adams remembers the case all too well: Crabtree – and his victim – were Paul’s friends. Paul has slowly put his life back together. But now his mother, old and senile, has taken a turn for the worse. Though every inch of him resists, it is time to come home.

It's not long before things start to go wrong. Reading the news, Paul learns another copycat has struck. His mother is distressed, insistent that there's something in the house. And someone is following him.

Creepy, dark and suspenseful, The Shadow Friend is a psychological thriller with enough twists to keep you page-turning all throughout the night! – Braden, marketing