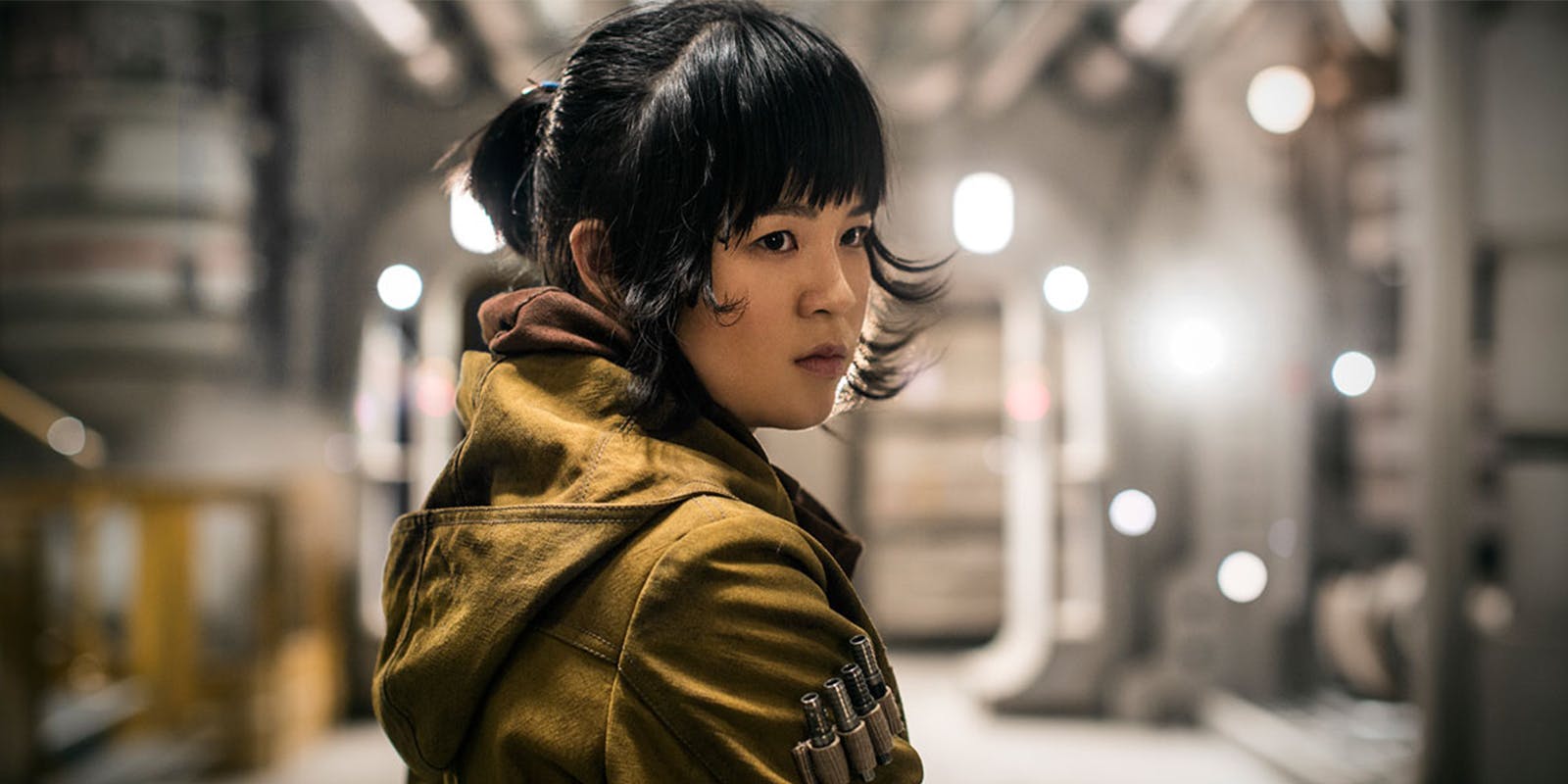 Star Wars: The Last Jedi™ is packed with powerful women of the Resistance, from daring starfighter pilots to leaders who won’t ever give up. These resilient women aren’t afraid to get their hands dirty in the fight against the First Order.

We’ve rounded up some of our favourite Resistance women from Star Wars: The Last Jedi™. Who would you most want to be?

With only four ships, the Resistance effort to evacuate D’Qar barely qualifies as a fleet, and yet this ragtag assembly of vehicles and crew is vital for rescuing the doomed base’s personnel. 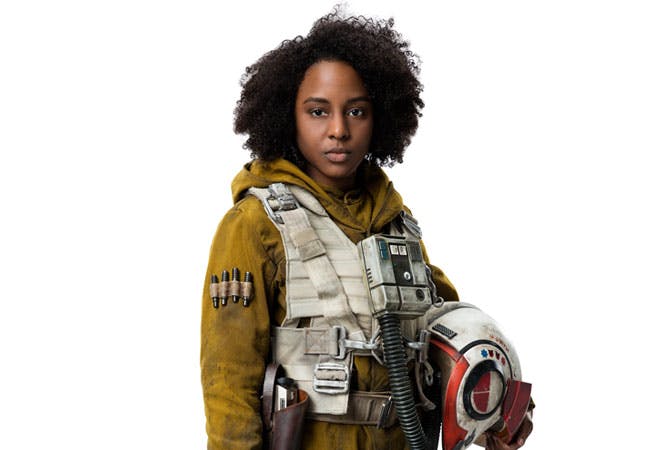 One of these unflappable, adaptable team members is transport pilot Pammich Nerro Goode, who helps fuel the Resistance with a Glie-44 blaster pistol, a borrowed starfighter pilot helmet, and some serious courage, of course.

The high command of the Resistance fleet comprises a mixture of Alliance veterans, ex-leaders of independent defense forces, and New Republic converts, all of whom share a personal connection to General Organa. 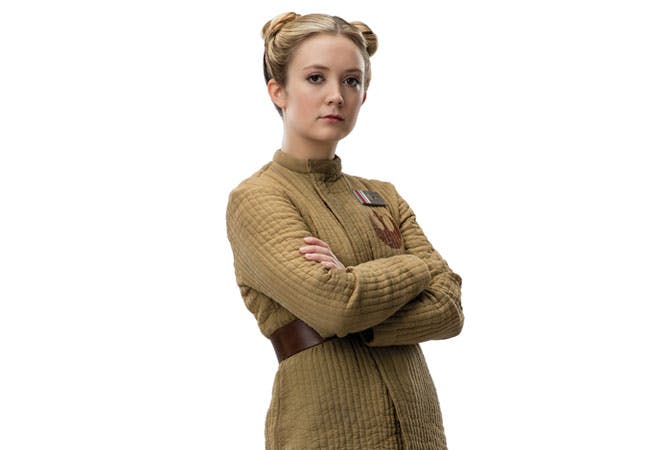 Kaydel Connix of Dulathia earns a promotion to lieutenant for her admirable service as an operations controller during the Starkiller crisis, and from the necessity of having an officer lead the D’Qar evacuation. Her word is the ultimate authority when it comes to prioritizing and carrying out an orderly retreat. While we don’t all command the Resistance, we could use a bit of her calm bravery in our everyday lives!

At 22 years of age, Lieutenant Tallissan Lintra was born long after the dark days of the Galactic Empire. She’s proven to be one of the most capable pilots in the Resistance, dazzling even the hard-to-impress Poe Dameron with her skills. 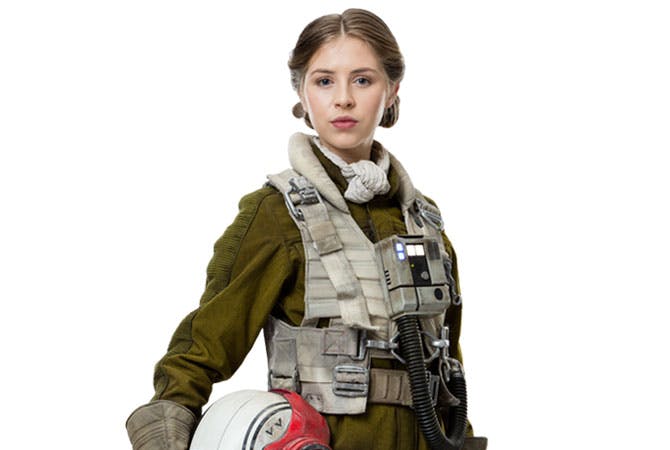 Tallie learned the basics of piloting behind the controls of an old RZ-1 A-wing that her father used as a cropduster on their farm on Pippip 3. Now that’s a cool childhood story.

A hardworking member of the Resistance support crew, Rose Tico spends most of her time deep in the inner workings of starships, her mastery of technology essential to keeping the rickety vessels of the Resistance operational. 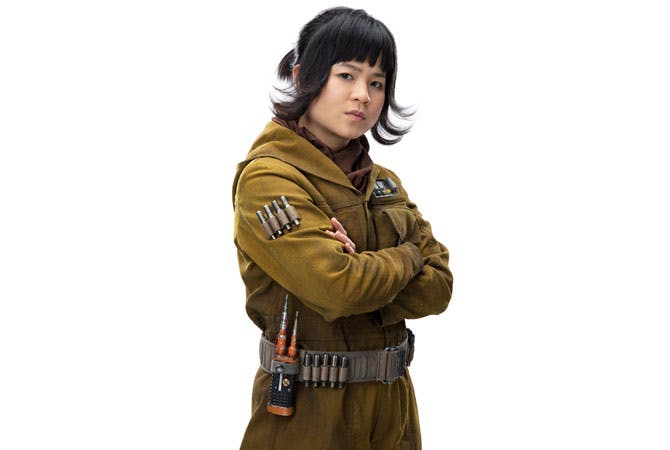 An imaginative mechanic, her innovations include a baffle system that makes the Resistance’s bombers harder to detect by enemy sensors.

When the First Order blitz against the Raddus decimates the Resistance leadership, a dramatic shake-up in command structure is required. Vice Admiral Holdo, the highest-ranking officer still able to command, transfers from the Ninka to take the reins of the remnant fleet. 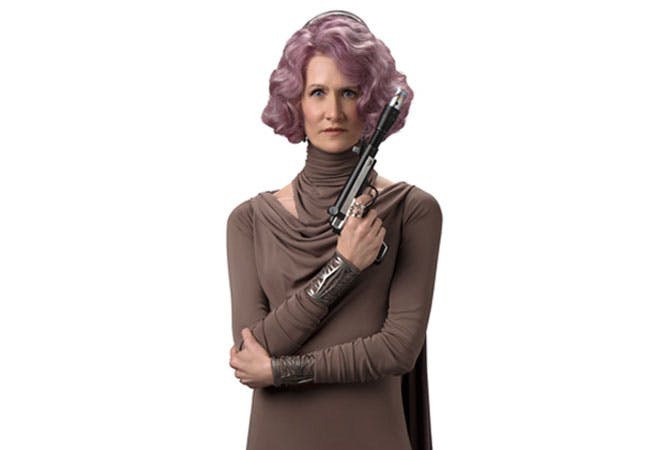 Part of the Rebellion from the very start of the Galactic Civil War, Holdo has known Leia Organa since their teenage years, when they both served as part of the Apprentice Legislature in the Imperial Senate. We’ll admit, we’re pretty jealous.