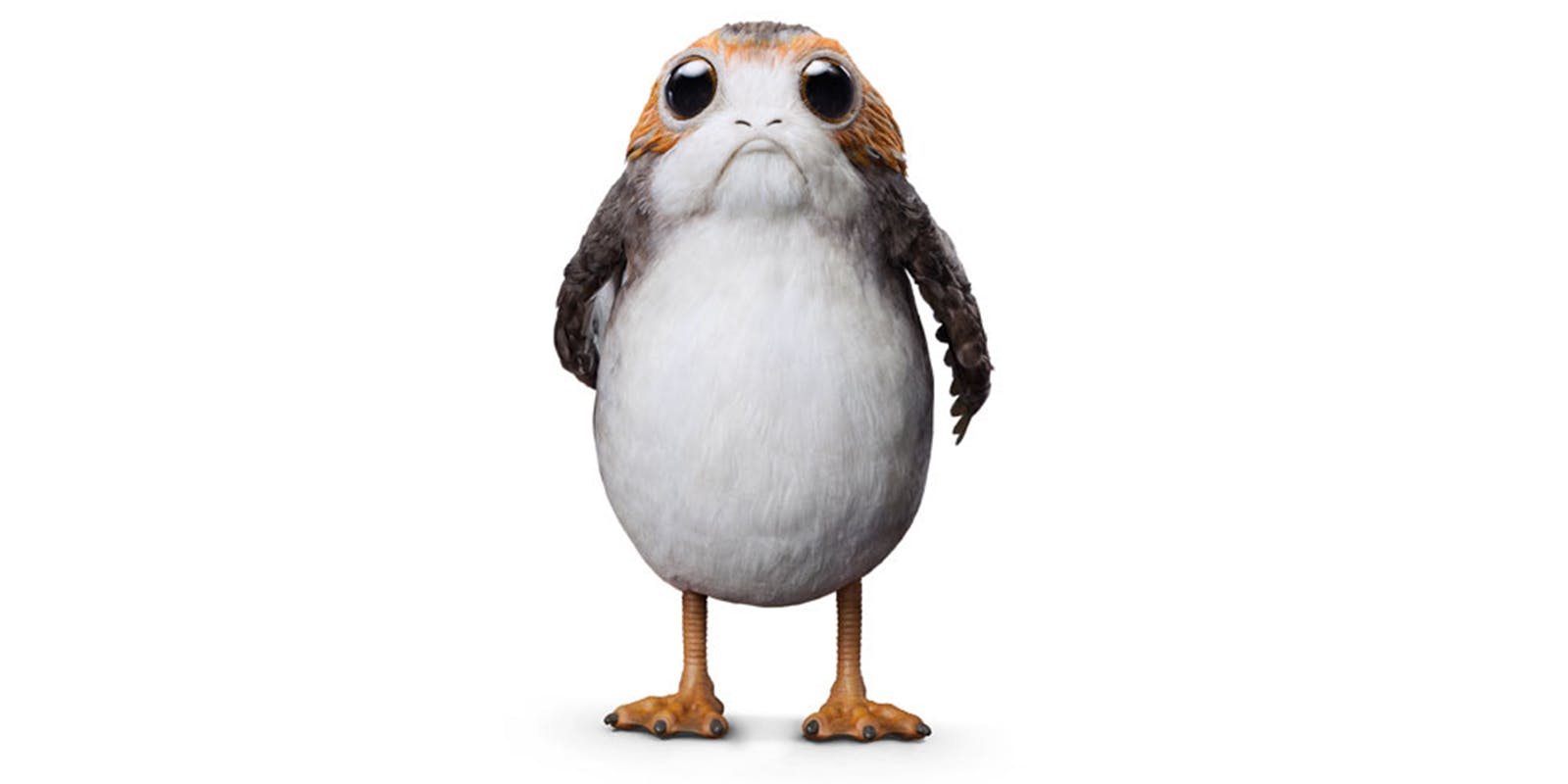 Star Wars: The Last Jedi™ brings with it so many questions: Will Luke Skywalker come out of exile? How will Rey handle her newly awakened way with the Force? Most importantly, however, where is the nearest porg adoption centre, and how can we get one, quick?

If you haven’t heard about these loveable birds from Star Wars: The Last Jedi™, you’re in for a treat. In a film universe full of loyal droids and huggable Wookiees, there’s something about these Ahch-To animals that’s warming all our hearts.

Curious to learn more? We’ve rounded up the top things you need to know about the unexpectedly excellent porg.

Okay, seriously: what is a porg?

Roughly the shape of very adorable potatoes, porgs are a hyper-curious species of avian found throughout the islands of Ahch-To, the world on which Luke Skywalker sits in exile and home of the first Jedi temple.

These cliff-dwelling creatures perform controlled dives into the sea, fetching small fish to feed upon or pass to their otherwise helpless porglets. (And yes, our new favourite word is “porglet”, too). 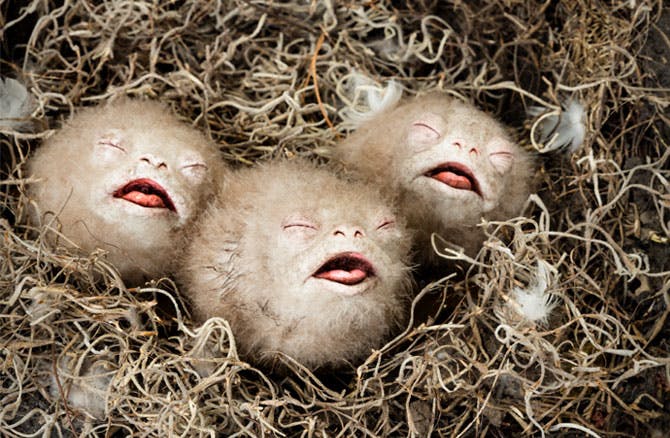 How do porgs survive?

Don’t be fooled by their slightly silly appearance – porgs are very well adapted to their island habitat. 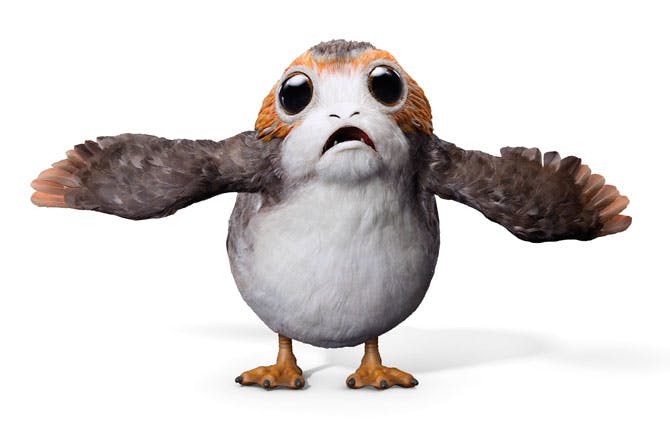 Their stereoscopic vision helps in spotting fish, while webbed rear-set feet are ideal for swimming, and dense feathers and down help insulate their round, adorable bodies. They’re sometimes up for adventure, too – in Star Wars: The Last Jedi™, an unassuming porg stows away on the Millennium Falcon with Chewbacca…

Who are porgs related to?

The porgs share Ahch-To with other animal forms. The most notable perhaps are the Lanais, distant relatives of the porgs who evolved from the same evolutionary stock. For thousands of years, the Lanais have tended to the temple island, trekking to the southern shore, where Jedi huts are kept in liveable condition thanks to their diligence (a bit more than can be said for the porgs…) 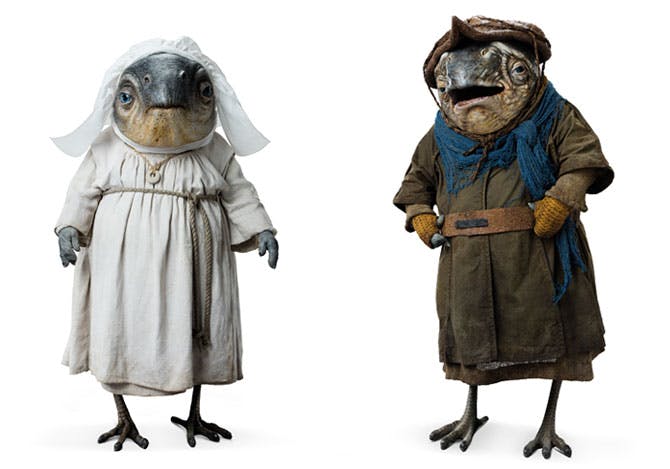 The island is also home to thala-sirens, large, flippered marine animals who are often found sunning themselves along the coastal rocks of the island. They’re docile and are not hunted, but produce a nutritious green milk that Luke takes to harvesting. 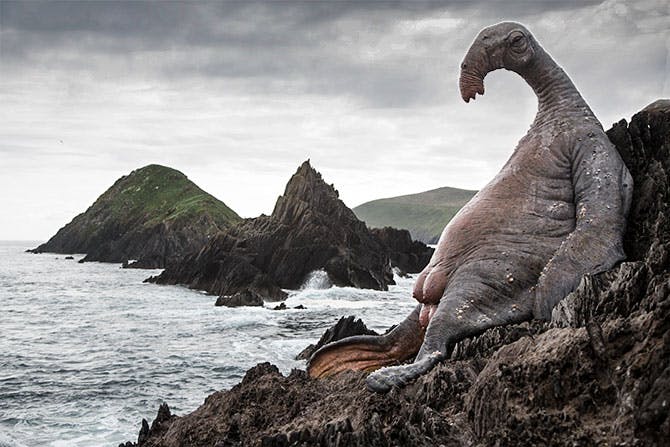 How can porgs be so cute?!

It’s hard to say what makes these little, round creatures just so loveable. One thing is for sure, though: we’re glad they exist! 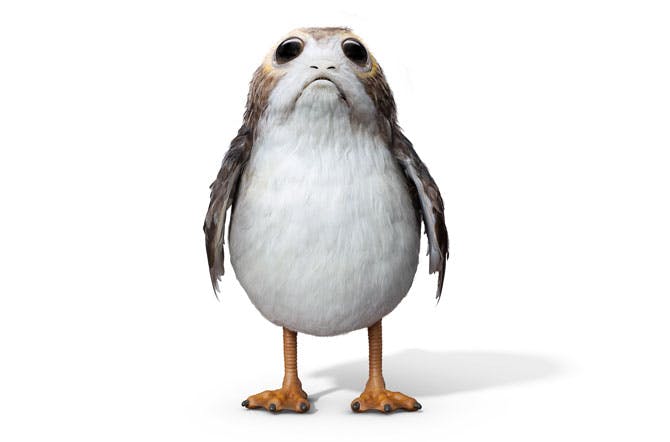