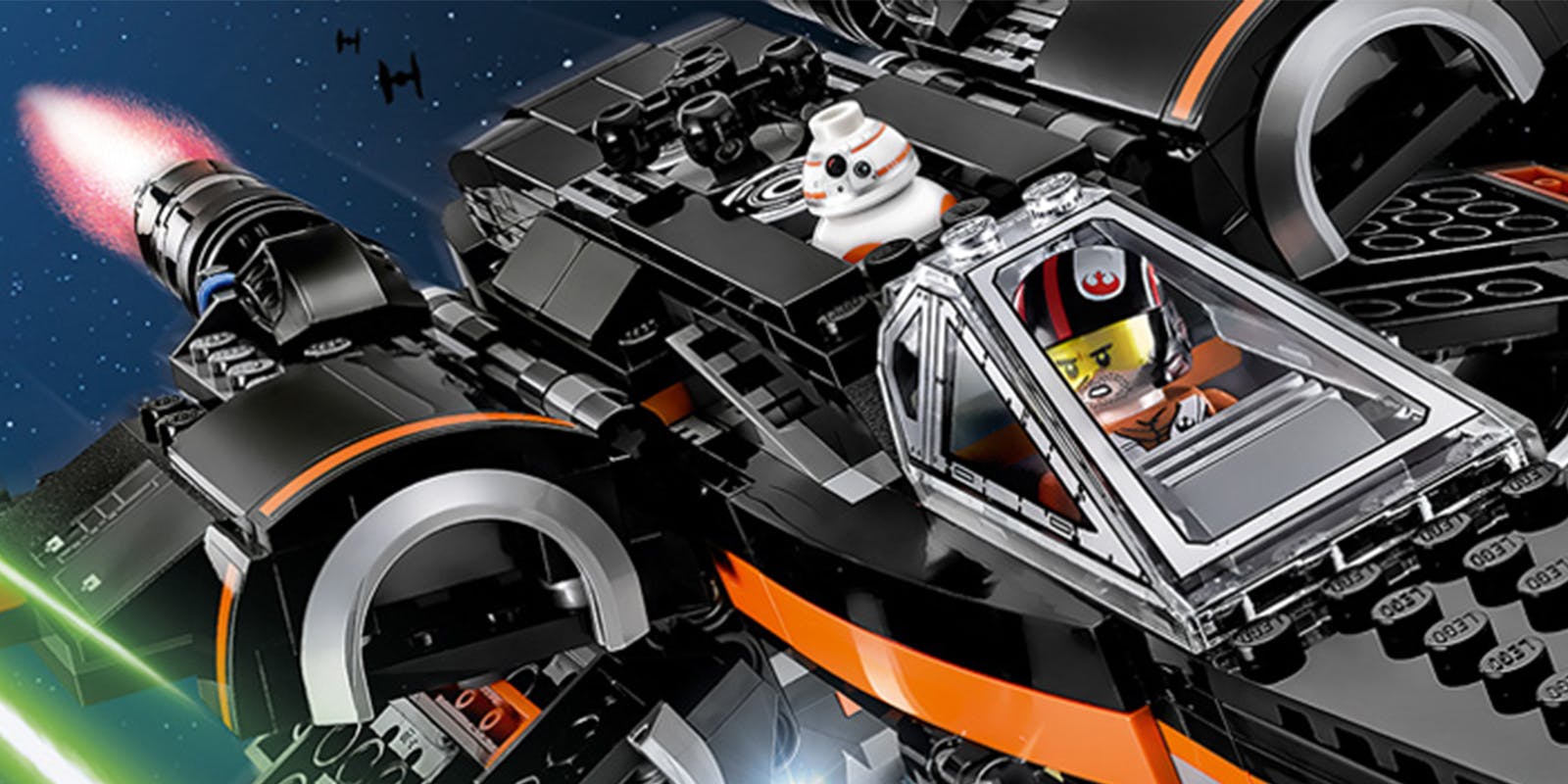 Hop on your podracer and dash behind the scenes of LEGO® Star Wars™! We’re giving you a peek inside the design studio to see how the LEGO team and Lucasfilm bring the galaxy to life! From Han Solo’s winter wear to minifigure designs, these are the people bringing LEGO bricks and Rebels together. 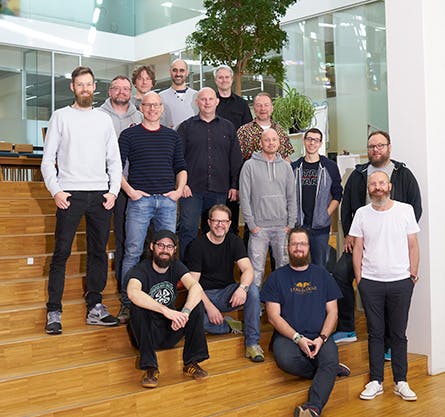 The LEGO Star Wars design team combine amazing creativity and design skills with an encyclopedic knowledge of – and passion for – the Star Wars movies and TV series.

Han’s cold-weather jacket on Hoth is actually dark brown, but it appears blue in the movie. This was due to the lighting conditions in icy Norway during filming, and a phenomenon in human vision known as colour constancy. 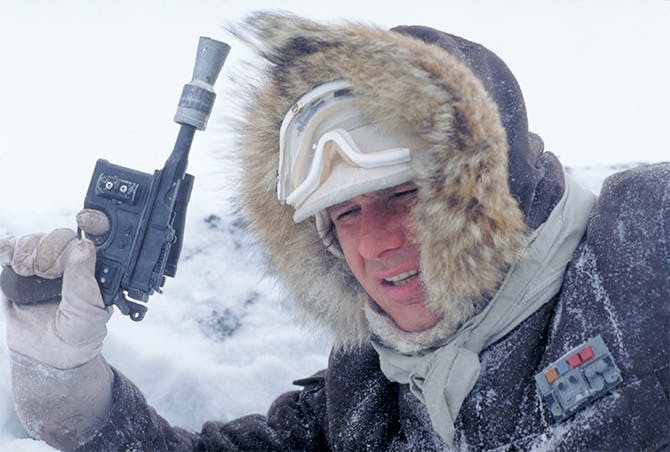 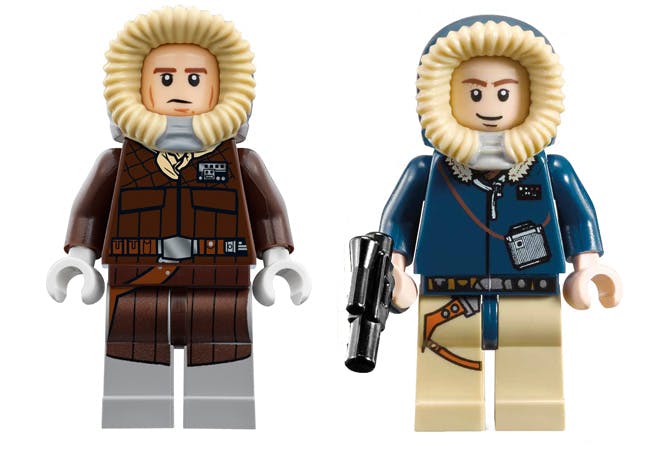 When digging through Star Wars reference material with Lucasfilm, the LEGO Star Wars team discovered that the original reference image used to create the AT-AT pilot minifigure was overexposed. The character’s armour and helmet looked white when they were, in fact, grey. 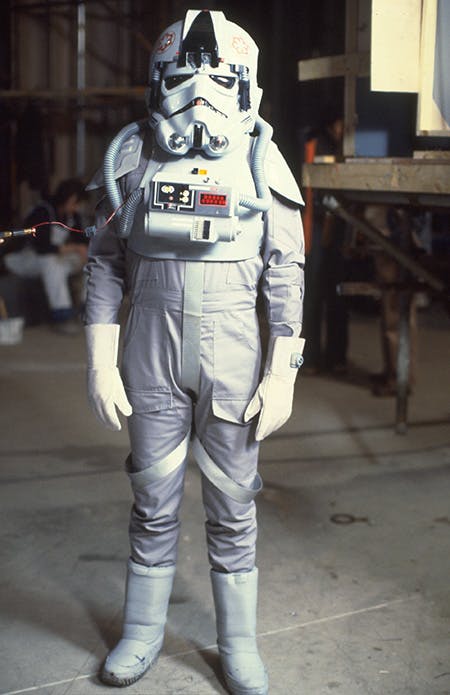 In 2015, the LEGO Group released a true representation of the AT-AT pilot’s costume. 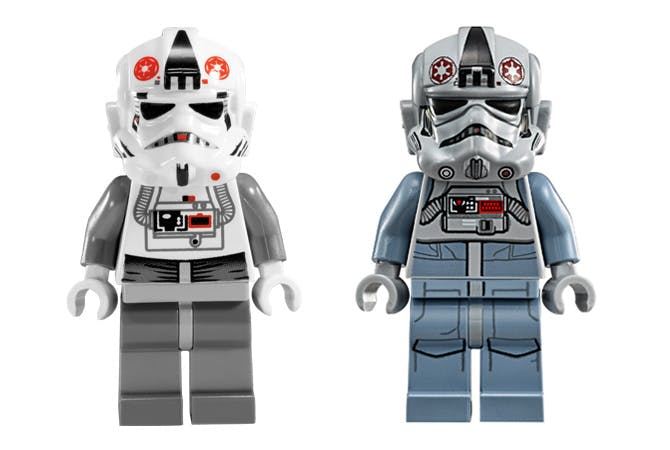 Throughout the design process, several printing options are usually put forward for each minifigure. 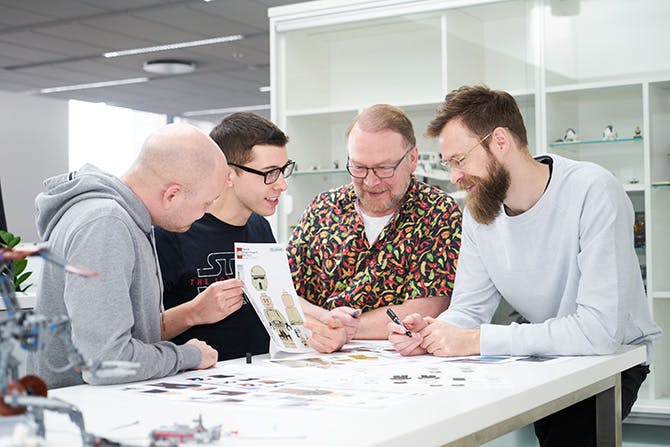 The designers have group discussions about the pros and cons of each design, using design sheets, before approving a final version for production. 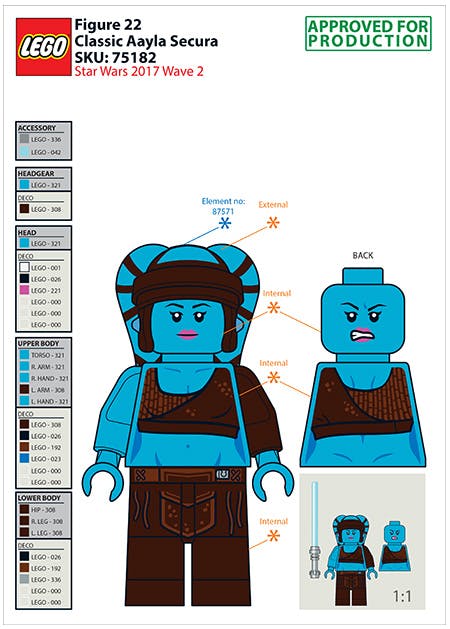 The LEGO Star Wars designers digitally produce concept art when designing a new minifigure. These sketches help inform the mold, the colours and any printed details on the final minifigure. 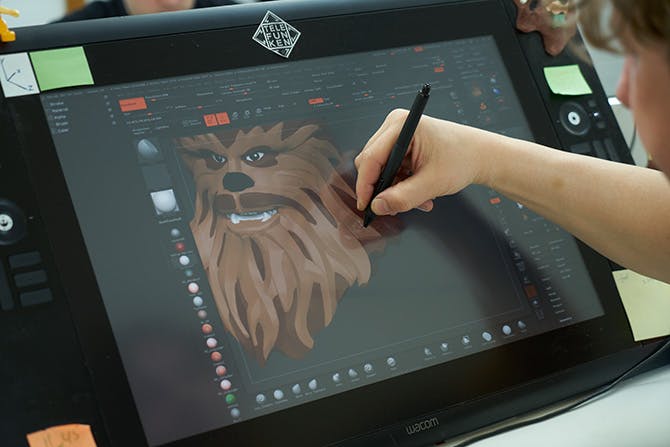 In producing locations sets, the LEGO Star Wars designers have risen to the challenge of recreating iconic movie scenes in bricks, right down to the finest detail.

In the movies, our first introduction to Han Solo occurs in this shady establishment in Mos Eisley. Han's tense encounter with a trigger-happy bounty hunter called Greedo can be accurately recreated with the Mos Eisley Cantina LEGO set (set no. 75052). 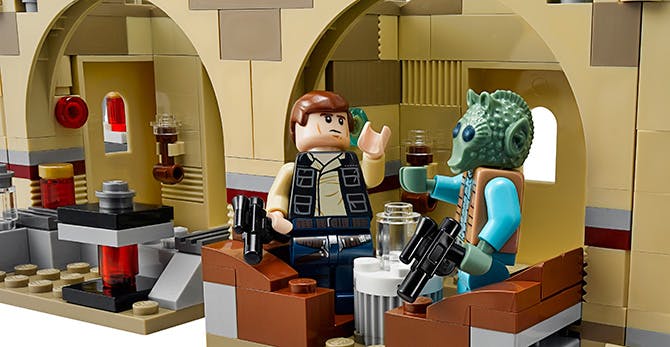 LEGO, the LEGO logo, the Minifigure and the Brick and Knob configurations are trademarks of the LEGOGroup. ©2017 The LEGO Group. Manufactured by Dorling Kindersley, 80 Strand, London, WC2R 0RL, UK under license from the LEGO Group 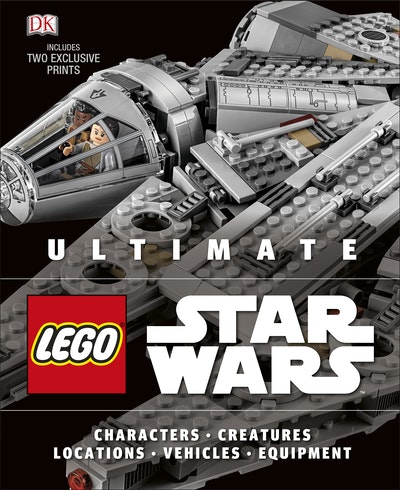 The definitive guide to the LEGO® Star WarsT galaxy