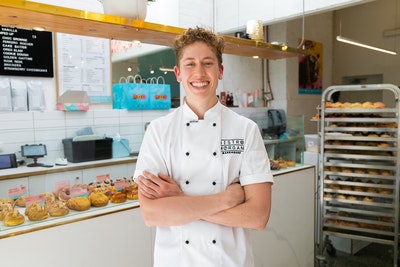 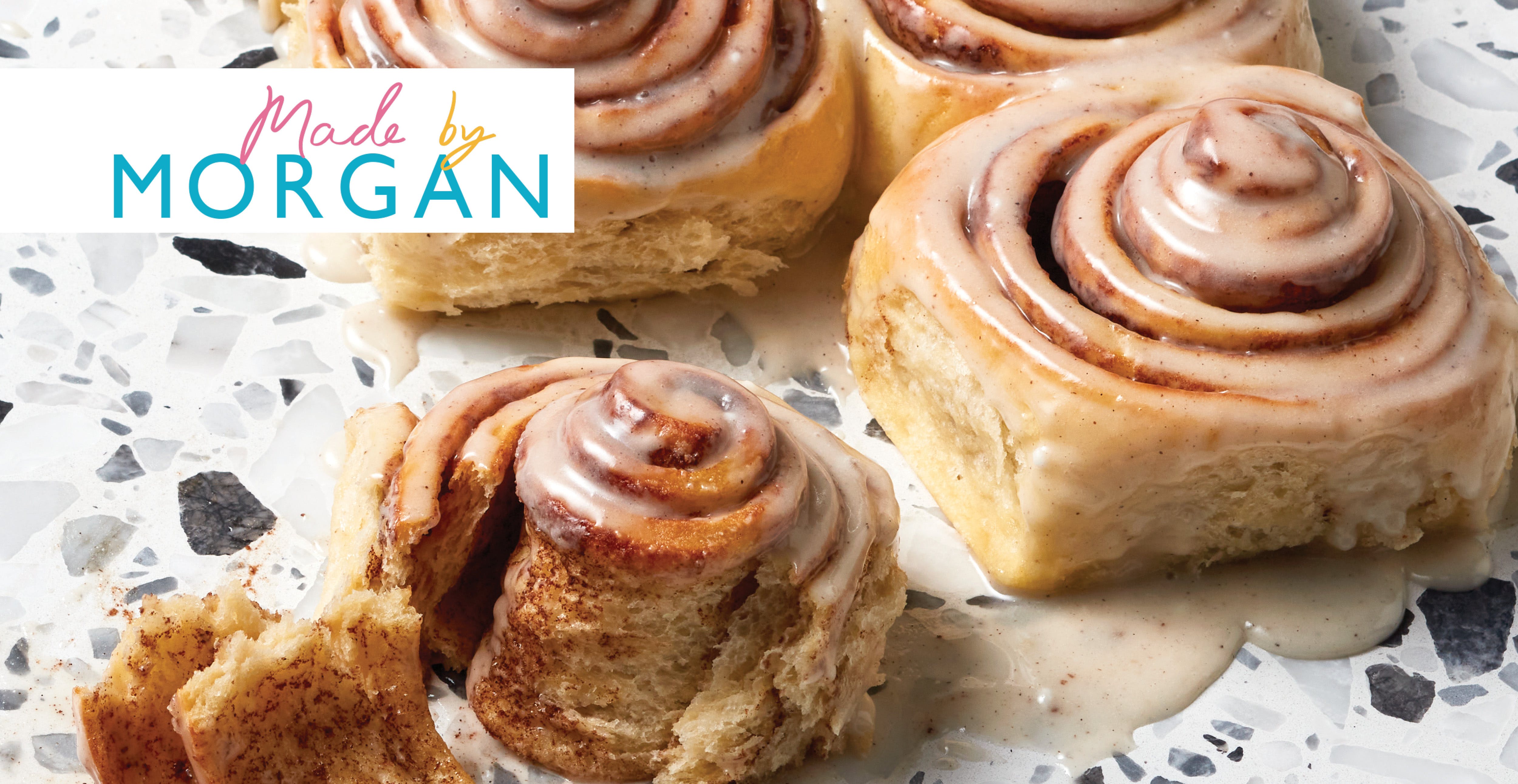 Learn to make the famous scrolls of Bistro Morgan Bakehouse.

These cinnamon scrolls officially came into my life when we rebranded the store as Bistro Morgan Bakehouse. They're super fluffy with a lovely cinnamon filling and a vanilla glaze – I mean, what's not to love here!

For the cinnamon buttercream filling

To make the dough

In the bowl of an electric mixer fitted with a dough hook, combine the flour, milk, yeast, caster sugar, salt and eggs, and mix on low speed for 3 minutes.

Use a silicone spatula to scrape down the sides of the bowl to make sure all the flour has been incorporated, then mix for a further 10–15 minutes or until a 'gluten window' (see glossary) forms. Add the butter, and mix for 2 minutes or until there are no chunks of butter left.

Grab another bowl about the same size, and spray it with canola oil. Transfer the dough to the bowl, cover with a tea towl and allow to rest and rise (prove) for 1 hour or until it has doubled in size.

To make the cinnamon buttercream filling

Combine the butter, brown sugar and cinnamon in the bowl of an electric mixer fitted with a paddle attachment, and mix on medium speed for 4–5 minutes or until light and fluffy. Transfer the dough to a floured work surface and roll out the dough to a 30 x 35 centimetre rectangle. Spread a thin layer of cinnamon buttercream over the dough, then roll the dough to a large 'log'. Using a sharp knife, cut in 3–4 centimetre pieces.

Place the cinnamon rolls on the baking tray, cut-side up, leaving a 3-centimetre gap (this will ensure they bake into each other and get that nice, soft edge). Cover with a clean tea towel and allow to prove for 1 hour or until doubled in size and the scrolls are touching each other.

Preheat the oven to 180°C while scrolls finish proving.

Bake the scrolls for 15–20 minutes, checking frequently to ensure the scrolls don't burn. We want them to be a nice light-golden brown.

To make the glaze

In a bowl of an electric mixer fitted with a paddle attachment, combine the glaze ingredients and mix on high speed for 3 minutes.

To glaze the scrolls

To ensure the scrolls stay nice and fluffy right up until you serve them, it's best to not separate them until you're ready to eat. I've found it's best to flip them onto a wire rack to glaze and serve.

Made by Morgan Morgan Hipworth

Combining global culinary influences with a pure love for sharing food and laughter, rising culinary star and TikTok supremo Morgan Hipworth takes you into his world of food, fun and inspiration.

These top 5 most-liked recipes made it into MADE BY MORGAN.

Try your hand at this delicious cauliflower casserole using your air-fryer.

A succulent and flavourful recipe from Smoking Foods.