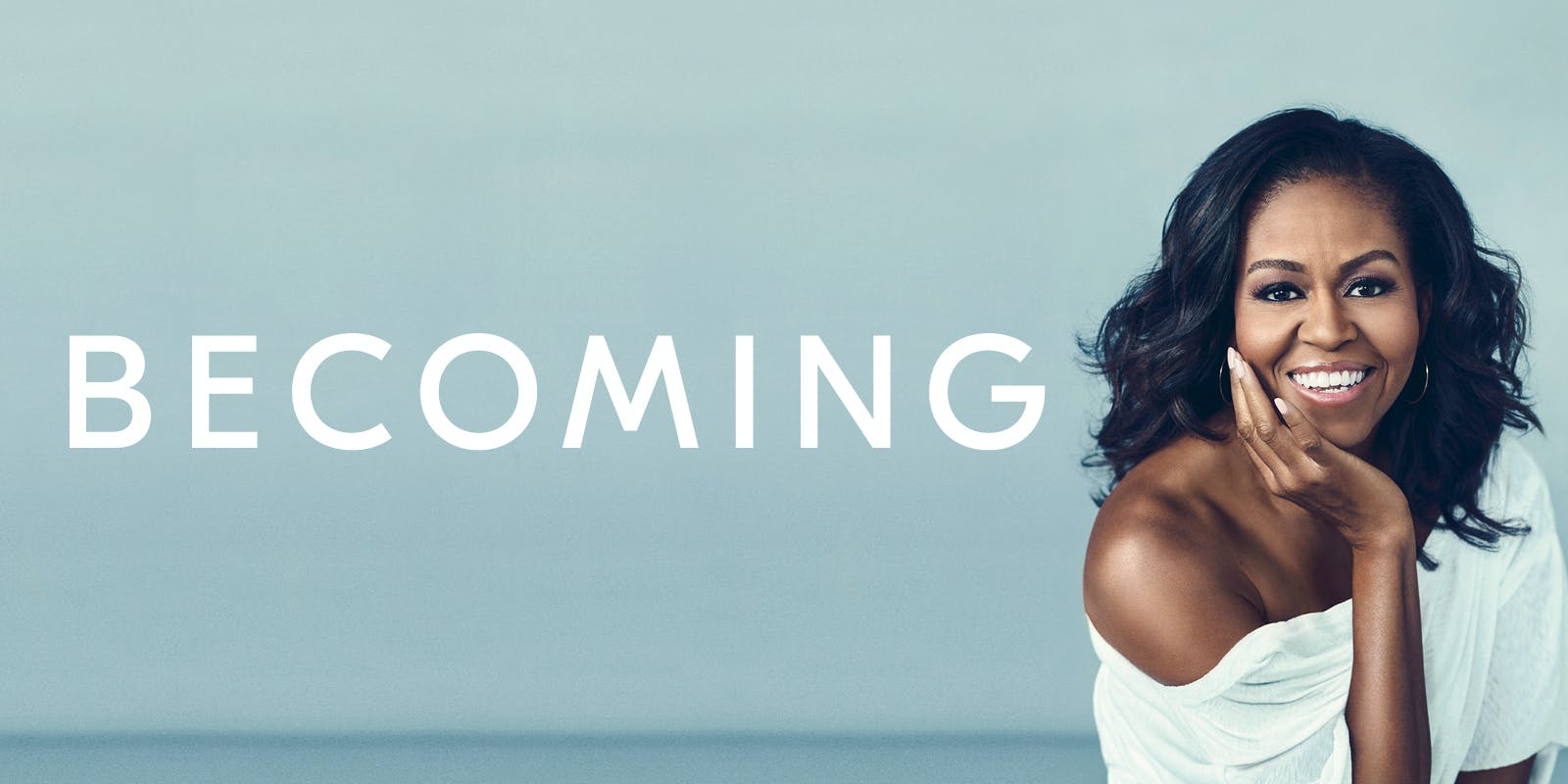 What was unexpected about the writing process?

The process turned out to be really meaningful for me. I spent a lot of time just reflecting and thinking, which is something I just didn’t have much time to do for about a decade. Once Barack began his campaign for president, every day felt like a sprint. So it was nice to decompress a little bit and ask myself, ‘How did I get here? Where did my story take a turn?’ I uncovered a lot of smaller moments – moments that folks might not know about, but that I realised were really foundational to the woman I became.

What did you hope to accomplish in writing your memoir?

My main hope was to create something that could be useful to other people, to give them something they could use in their own lives. So I focused on telling my story as honestly as I could. I’m not settling scores or giving a political play-by-play. I hoped to bring people inside the experience of growing up a working-class black girl on the South Side of Chicago who became First Lady of the United States. It’s all of me, all right there on those pages, which means I feel a little vulnerable knowing what I’m putting out there. But I hope if I can share my story, with all its ups and downs, then other people might have the courage to share theirs, too.

You write candidly that your time as a lawyer was not a happy period in your career. What advice would you give people who are unsure about their path and who need a little help figuring out their passion?

If you’re someone who’s lucky enough to think about fulfillment in your career – and there are a lot of people out there who aren’t – I think the best thing you can do is listen to yourself. I mean, really, really listen. You’ve got to make sure you’re not acting on someone else’s expectations. That’s where I got stuck. I spent my early adulthood checking the boxes I thought society expected of me, before I realised that it was making me miserable. I went through a lot of introspection. I did some journaling. And I realised that what I really wanted to do was help people, so I set off on a career of public service. So what I’d say is do your best to listen to yourself and tune out the rest.

During your life you have experienced highs and lows but also so many unimaginable circumstances. How have you adapted to the unpredictability of the journey that has unfolded in your life?

I learned that sometimes you’ve just got to throw your hands up and let the rollercoaster do its thing. There’s no guidebook for anything, whether you’re juggling two little kids, a demanding job, and a husband who’s got big goals – or you’re parenting two slightly older kids while figuring out which form of address to use with the prime minister seated next to you at dinner.

You write about your inner struggle, at times questioning whether or not you’re good enough. Do you have any input on how to quell self-doubt?

I may have had some successes in my life, but I can still feel the twinge of embarrassment from when I misspelled a word in front of my class when I was in kindergarten. I still remember the doubts I had about myself as a working-class minority student on an affluent, mostly white college campus. I think we all carry moments like that – and let me tell you, they don’t disappear when you suddenly find yourself speaking to crowded arenas and meeting the Queen of England.

What’s helped is getting older and living through some of those doubts, and realising they’re not the end of your life. In fact, they can be a new beginning. It doesn’t make the feelings any less difficult in the moment, of course, but in the end, self-doubt can actually be useful, as long as we don’t let it overwhelm the way we think about ourselves. It’s all a part of becoming.