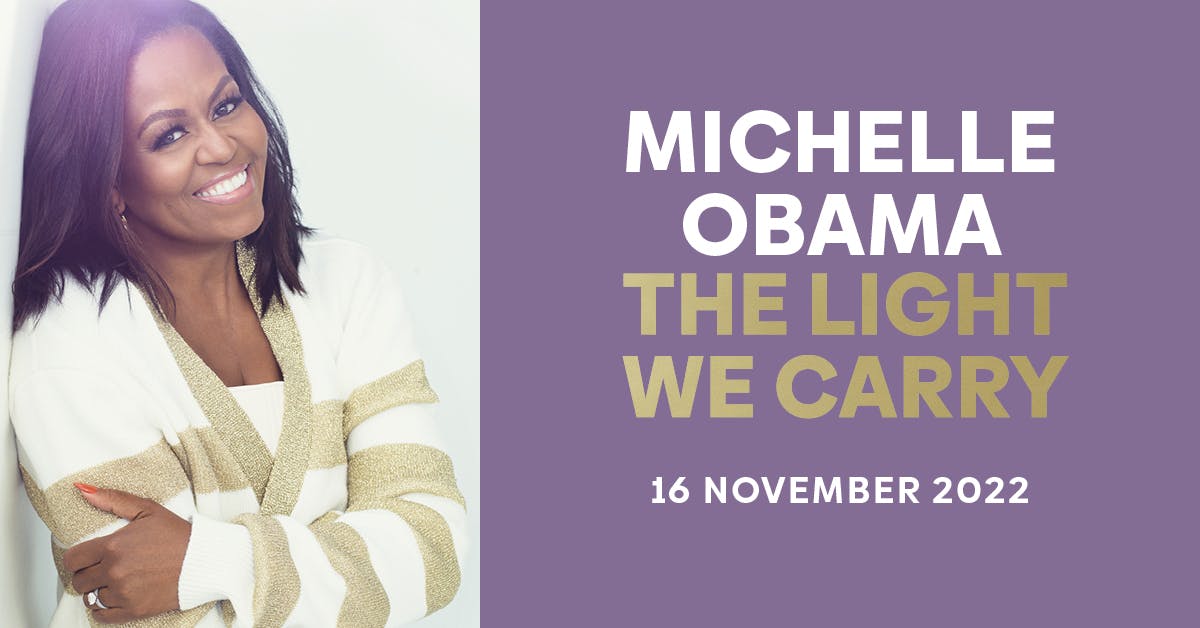 The Light We Carry will be released in Australia on 16 November 2022. An unabridged audio edition of the book, read by Mrs. Obama, will also be released in digital and physical formats by Penguin Random House Audio. The book will be published simultaneously in 14 languages and 27 countries around the world, with additional languages and territories to be announced.

Mrs. Obama’s previous book Becoming, a memoir that chronicled her life journey from her childhood on the South Side of Chicago to her experiences as the first Black First Lady of the United States, inspired multiple generations of readers worldwide and received widespread critical acclaim. The audiobook edition, read by the author, received a Grammy Award for Best Spoken Word Album. Since its publication in November 2018, Becoming has been translated into 50 languages and sold over 17 million copies across formats worldwide.

About The Light We Carry

In The Light We Carry, Mrs. Obama offers readers a series of fresh stories and insightful reflections on change, challenge, and power, including her belief that when we light up for others, we can illuminate the richness and potential of the world around us, discovering deeper truths and new pathways for progress. Drawing from her experiences as a mother, daughter, spouse, friend, and First Lady, she shares the habits and principles she has developed to successfully adapt to change and overcome various obstacles—the earned wisdom that helps her continue to “become.” She details her most valuable practices, like “starting kind,” “going high,” and assembling a “kitchen table” of trusted friends and mentors. With trademark humor, candor, and compassion, she also explores issues connected to race, gender, and visibility, encouraging readers to work through fear, find strength in community, and live with boldness.

“I’ve learned it’s okay to recognize that self-worth comes wrapped in vulnerability, and that what we share as humans on this earth is the impulse to strive for better, always and no matter what,” writes Mrs. Obama in the Introduction to The Light We Carry. “We become bolder in brightness. If you know your light, you know yourself. You know your own story in an honest way. In my experience, this type of self-knowledge builds confidence, which in turn breeds calmness and an ability to maintain perspective, which leads, finally, to being able to connect meaningfully with others—and this to me is the bedrock of all things. One light feeds another. One strong family lends strength to more. One engaged community can ignite those around it. This is the power of the light we carry.” 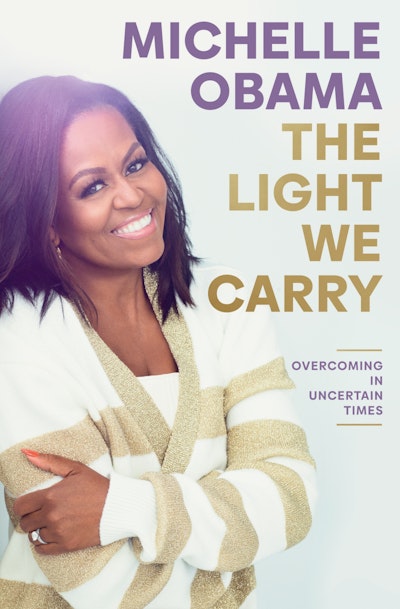 The Light We Carry Michelle Obama