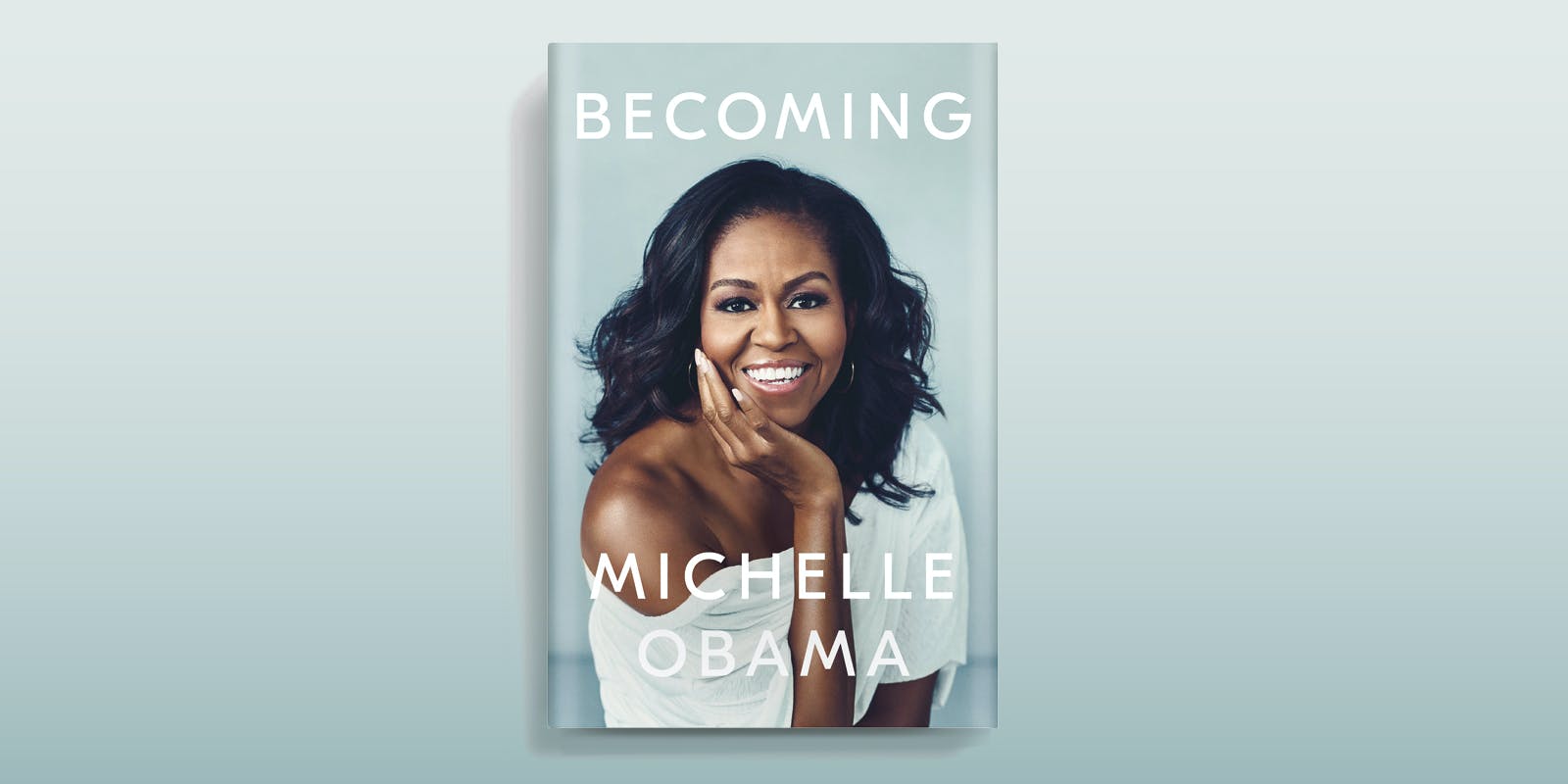 Michelle Obama’s Becoming is the intimate and powerful memoir from the former First Lady where, for the first time, she tells her full story in her own words – from a childhood in the South Side of Chicago to family life at The White House. Here are five facts the book has taught us about one of the most inspirational women of our time. 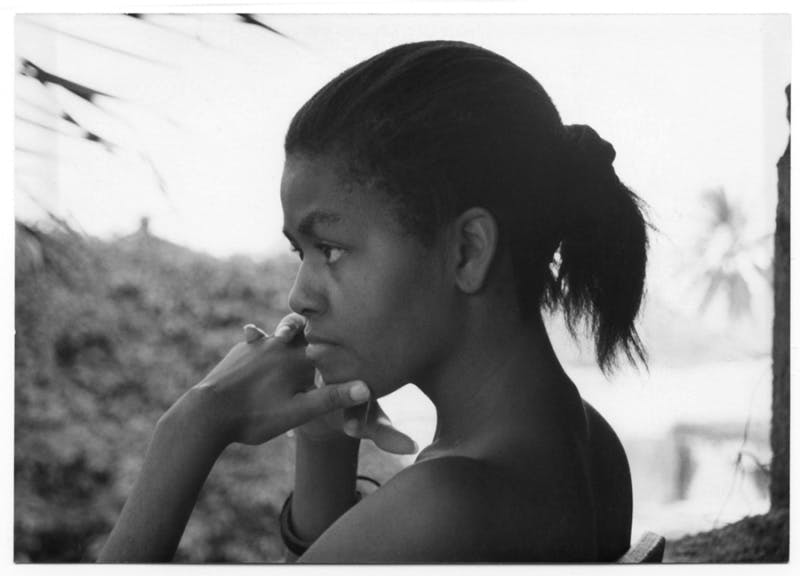 After a five-year old Michelle Robinson got one wrong answer in a kindergarten colour quiz, she obsessed about it, unable to sleep whilst lying in bed surrounded by stuffed animals: ‘The embarrassment felt like a weight,’ she remembers, ‘like something I’d never shake off’. The next morning she immediately asked her teacher for a do-over and aced it in one go. ‘I like to imagine Mrs. Burroughs was impressed with this little black girl who’d found the courage to advocate for herself,’ she says. 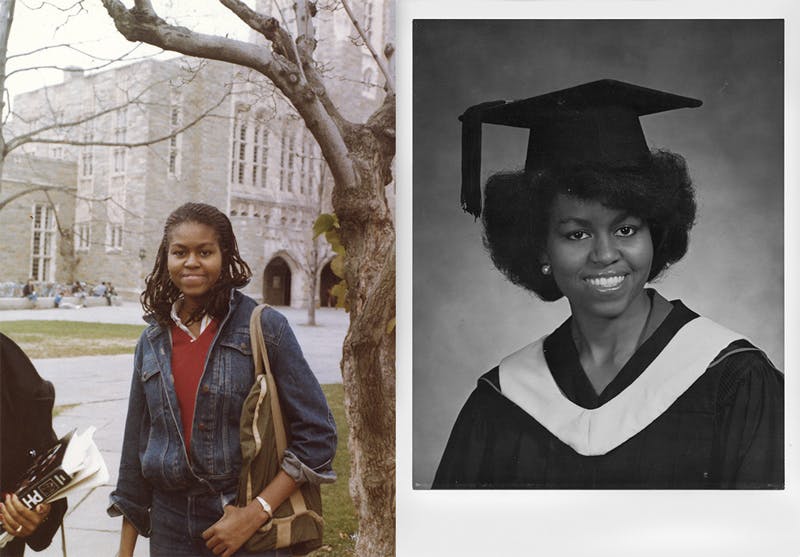 Whilst preparing to graduate high school in the top 10% of her class, a young Michelle Obama was told by her guidance-counsellor that they weren’t sure she was “Princeton material”, her first choice for college. Whilst most teenagers would have been crushed, she was once again determined, changing her tactics and seeking a recommendation letter from her assistant principal instead. ‘I wasn’t going to let one person’s opinion dislodge everything I knew about myself,’ she recalls. Instead, she wrote one killer admission essay and was accepted. She never did tell the counsellor they’d got it wrong. 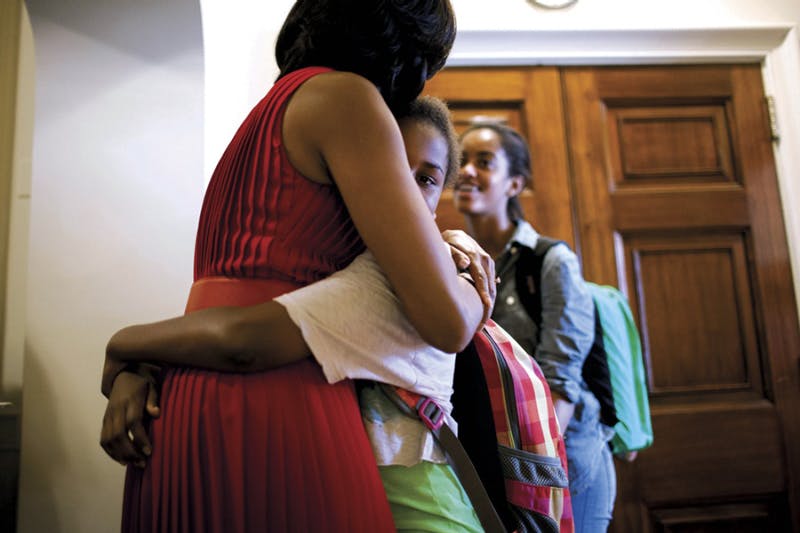 With daughters Malia and Sasha at the White House, May 16, 2012 (Official White House Photo by Pete Souza)

After deciding to go back to work after the birth of her daughter Sasha, Michelle Obama attended a job interview for an Executive Director role at a local hospital and, unable to find last-minute childcare, arrived with the three-month-old in tow. As she remembers, ‘She was a fact of my life. Here is me, I was saying, and here also is my baby’. She would go on to get the job but to her, that wasn’t the point, as she recalls: ‘no matter how it panned out, I knew I’d at least done something good for myself in speaking up about my needs’. 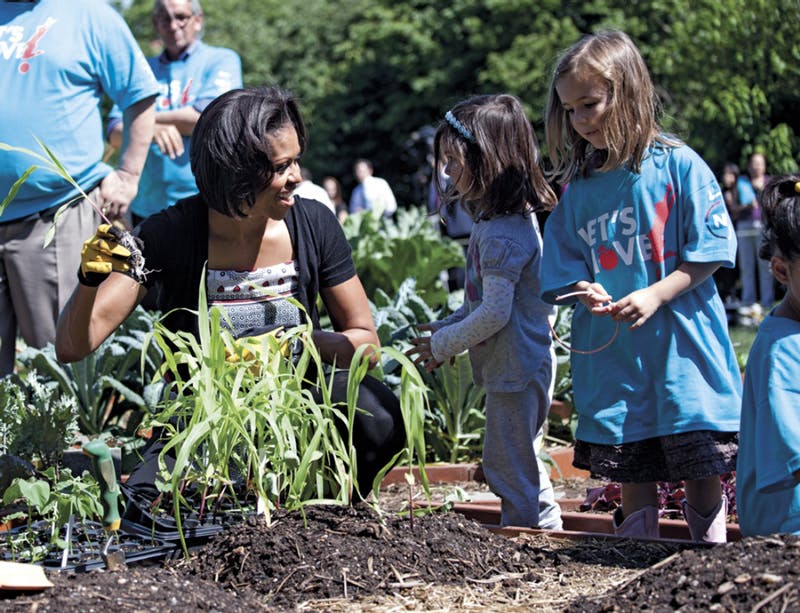 Michelle participates in a Garden Harvest Event with children on the South Lawn of the White House, June 3, 2011 (Official White House Photo by Samantha Appleton)

After persuading the National Park Service, who were in charge of the gardens, Michelle Obama tore up one of the most iconic lawns in the world and planted a vast selection of fruit and vegetables – a symbolic launch pad for her fight against childhood obesity and advocacy for a healthier America. ‘Barack’s administration was focused on providing better healthcare, and for me the garden was a way to offer a parallel message about healthy living,’ she reveals. ‘The garden was simple, prosperous and healthy – a symbol of diligence and faith. It was beautiful whilst also being powerful.’ 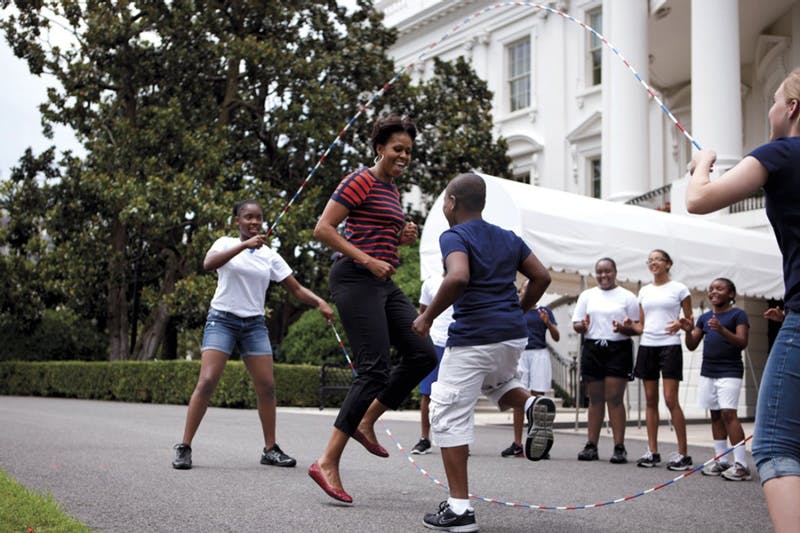 On the 26th June 2015, the Supreme Court in the US issued the decision that same-sex couples had the right to marry in all fifty states. Looking out of her window at the White House that evening, Michelle Obama noticed a big crowd had gathered outside to see the famous residence illuminated in the colours of the pride flag.

‘I found myself suddenly desperate to join the celebration,’ she remembers, and after grabbing her eldest daughter Malia, she made a break for it, ignoring the protocol to check in with Secret Service agents and speedily running outside to the lawn. In their own private corner, mother and daughter gazed up at the world’s most famous address – and their home – lit up in Pride colours, just as everyone else was seeing it.