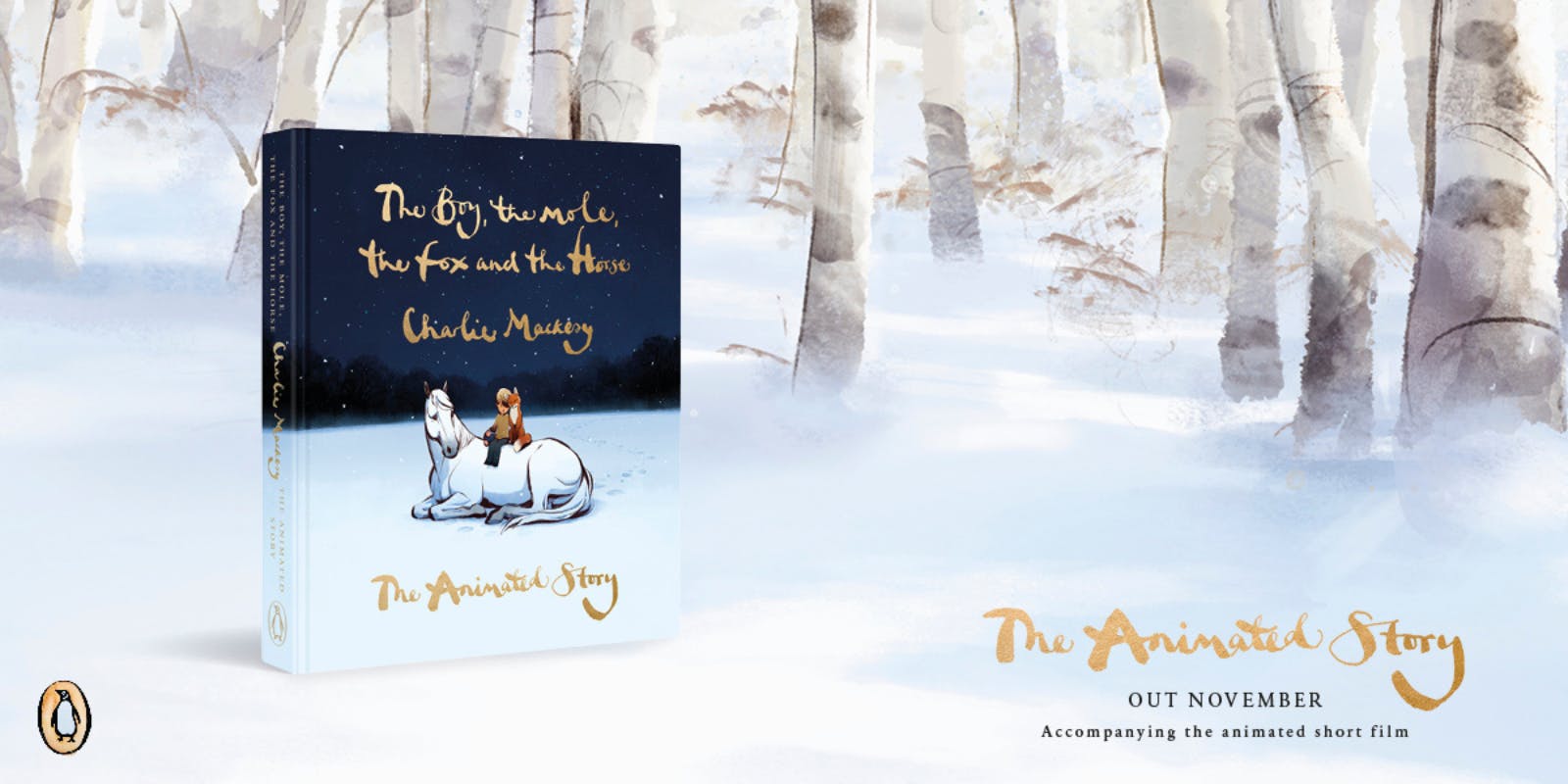 Charlie Mackesy’s beloved The Boy, the Mole, the Fox and the Horse has been adapted into an animated short film, coming to BBC this Christmas.  Accompanying this highly anticipated production, Ebury will publish The Animated Story on 22 November, 2022.

This beautifully made hardback celebrates the work of over one hundred animators across two years of production – with Charlie’s distinctive illustrations brought to life in full colour with hand-drawn traditional animation. The Animated Story will take readers of all ages on an extraordinary, poignant and heartfelt adventure following four unlikely friends - a boy, a mole, a fox and a horse - as they journey together in the boy’s search for home.

About The Boy, the Mole, the Fox and the Horse

Published in October 2019, The Boy, the Mole, the Fox and the Horse has sold over seven million copies worldwide and almost two hundred thousand copies in Australia alone. It has seen over 140 weeks in the Sunday Times and New York Times top ten bestseller lists and the rights have been sold in over 44 foreign languages.

About the Animated Short Film

This Christmas, Charlie Mackesy’s internationally bestselling illustrated book The Boy, the Mole, the Fox and the Horse will be coming to BBC One and iPlayer in a beautiful animated short film, details for the Australian broadcast are yet to be confirmed.

The short film brings to life the magic of the original book – with Charlie Mackesy’s distinctive illustrations reimagined in full colour with hand-drawn traditional animation. The Boy, the Mole, the Fox and the Horse takes audiences of all ages on an extraordinary, poignant and heartfelt journey this festive season, as the deeply resonating story follows the unlikely friendship of a boy, a mole, a fox and a horse as they journey together in the boy’s search for home.

Breathing life into the book’s protagonists is an award-winning cast of actors including Tom Hollander as ‘the mole’, Idris Elba OBE as ‘the fox’, Gabriel Byrne as ‘the horse’ and newcomer Jude Coward Nicoll as ‘the boy’. A Matthew Freud production of a Charlie Mackesy film, produced by Cara Speller of NoneMore Productions and J.J. Abrams and Hannah Minghella of Bad Robot Productions.

Co-directed by Charlie Mackesy and Peter Baynton, the film is adapted from the original book in collaboration with Jon Croker. Original score by composer Isobel Waller-Bridge, performed by the BBC Concert Orchestra and conducted by Geoff Alexander. The film has been acquired by Charlotte Moore, BBC Chief Content Officer and Ayela Butt, BBC Drama Commissioning Executive.

British artist, illustrator and author Charlie Mackesy began his career as a cartoonist for The Spectator, before becoming a book illustrator for Oxford University Press.

His award-winning work has featured in books, private collections, galleries and public spaces around the world. He worked with Richard Curtis on the set of Love Actually to create a set of drawings to be auctioned for Comic Relief, and with Nelson Mandela on a lithograph project, The Unity Series.

His internationally bestselling book, The Boy, the Mole, the Fox and the Horse, was published in October 2019. Charlie's words and illustrations have brought comfort to many and have been shared online around the world as well as on t-shirts for Comic Relief, magazine covers, lamp posts, school classrooms, cafés, women's safe houses, prisons, hospital wards and as NHS hospital computer screensavers. Away from art Charlie co-runs Mama Buci, a honey social enterprise in Zambia. 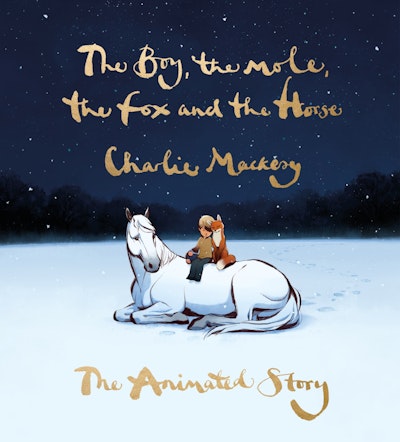 The Boy, the Mole, the Fox and the Horse: The Animated Story Charlie Mackesy

Ahead of the long-awaited film on BBC One this Christmas Day, a breathtaking new imagining of the original record-breaking story

Ready to change your life? This audiobook is the perfect place to start

10 reasons to listen to Why Has Nobody Told Me This Before? by Dr Julie Smith.

Help your kid accept tough times with this advice from Embrace Kids.

Wondering what makes a person highly effective? These 5 secrets from Time Wise will give you some insight.