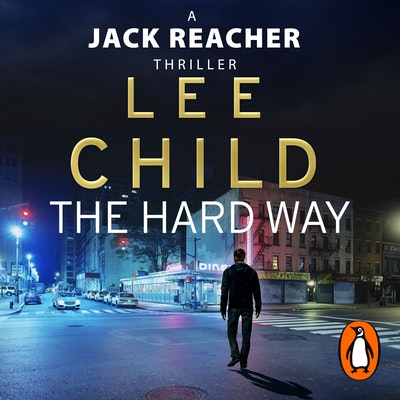 Reacher in the UK. Dangerous, sexy and invincible.

Late at night in a New York café army-cop-turned-drifter Jack Reacher orders coffee in a cup made of foam, not china, so that he can move on at a moment's notice.He owns nothing, carries less, has never encountered a female colleague he can't bed, or a case he can't solve.

But now Reacher is confronted by a situation so disturbing and deceptive that the truth eludes him.Has he painted targets on the good guys' backs?

So Reacher starts over at square one. He sweats the details and works the clues. As they used to say back in the service, he's doing it the hard way. Until what started on a busy New York street explodes three thousand miles away in the sleepy English countryside. With Reacher striding alone in the shadows. Armed and dangerous. Invincible.