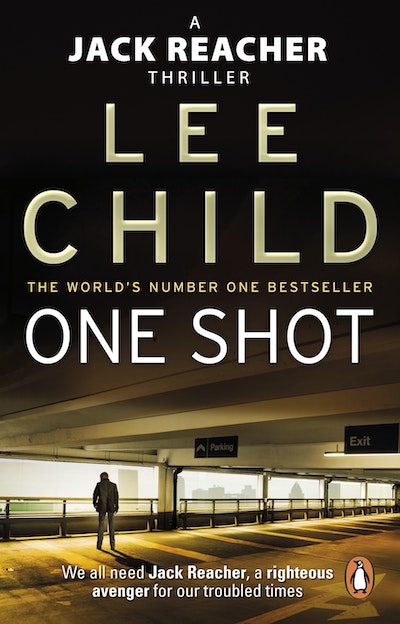 Jack Reacher in a taut, cool, sexy pageturner: One Shot was named on of the 50 best crime novels of the past fifty years by The Times.

A heartland city thrown into terror. But within hours the cops have it solved. A slam-dunk case. Apart from one thing. The accused gunman refuses to talk except for a single phrase:Get Jack Reacher for me.Reacher lives off the grid. He's not looking for trouble. But sometimes trouble looks for him. What could connect the noble Reacher to this psychopathic killer?

Although the Jack Reacher can be read in any order, One Shot is the 9th in the series.

Praise for One Shot

Child's strengths are fast-moving dialogue and gripping action sequences ... The excitement lasts from the first to the final page

The Jack Reacher series of thrillers...are all hugely exciting, and knowledgeable about weapons and technology. They exude a powerful sense of right and wrong ... We've seen him as a right of wrongs and always as God's gift to women

Lee Child is often mistaken for a US writer, so skilfully and enthusiastically has he embraced the idiom of the American thriller ... One of the genre's finest practitioners

First-rate thriller, with the imperturbable Reacher meting out his brand of justice to the villains