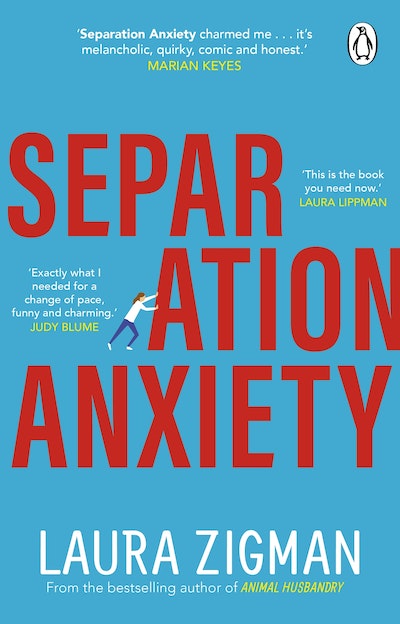 'Exactly what I needed for a change of pace, funny and charming' - Judy Blume

I start wearing the family dog, a mini-sheltie, a little Lassie, in an unbleached cotton baby sling across the front of my body like a messenger bag, a few weeks shy of fall. Until I slip the sling over my head and feel a strange surge of relief run through me, a liquid narcotic from an unknown source, there’s nothing special about the day. It’s no one’s birthday, it’s not the anniversary of someone’s death or a reminder of an ancient career milestone, long gone and unsurpassed. Nothing in particular is reminding me more than usual of life’s quick passage of random moments, some good, some not so good, some very very bad, disappearing like train cars into the vanishing point of a distant horizon. It’s just an opaque Thursday in late August, a month before New England is ready to give up the thick haze of summer, a day I randomly pick to try to radically de-clutter the basement using a book everyone is swearing by. The ruthless purging of possessions to the point of self-erasure is what I’m after. I already feel invisible; why not go all the way?

I’m fifty when I head down to the basement. My son is thirteen. He no longer wears matching pajamas or explains the virtues of Buttermilk Eggo waffles compared to Homestyle, or holds my hand when we cross the street or walk through a supermarket. He no longer begs for LEGOs, pulling me into the store at the mall, pointing at all the boxes, jewels on the shelves, gifts waiting to be given.

]It’s hard for me to believe those moments ever happened; that I was ever in the middle of all that love, and time, and possibility, and that now I’m not. Life eventually takes away everyone and everything we love and leaves us bereft. Is that its sad lesson? That’s the only explanation I have for why I now wear the dog; my version of magical thinking: little tiny cracks are forming inside me every day and only the dog is keeping me from coming apart completely.

Like most of the mistakes I’ve made—wearing a three-piece brown corduroy “suit” (jacket, vest, and skirt) for my bat mitzvah instead of a dress; refusing to take remedial SAT classes after repeatedly failing to crack 500 on either the verbal or math sections; telling people I don’t like carrots and squash and other orange vegetables instead of just lying like a normal person and saying I’m allergic to them; marrying Gary instead of someone else or maybe not getting married at all—to name only a few—there are so many—I consider wearing the dog to be something that happens “by accident.”

I don’t go down to the basement that day with the intention of looking for the sling a vegetarian friend gave me years ago when Teddy was born that I’d mocked but never used. Back then, I couldn’t imagine “wearing” my newborn all day across my chest in what looked like a giant diaper. Teddy had been ten pounds at birth. Hadn’t I “worn” him long enough? The front carrier, a BabyBjörn, another gift, was too complicated—so many straps; so many clasps—but the sling seemed even worse. Uncomfortable and unfashionable. Ridiculous, even. I’d taken it out of its eco-friendly burlap sack long enough to roll my eyes at it before repacking it and shoving it into the back of a drawer. Eventually it ended up in one of the big plastic containers from Teddy’s babyhood marked save in extra thick black Sharpie on a jagged piece of masking tape. All caps, in case there was ever any question.

The day I descend the stairs I have the de-cluttering book’s central question in my head—whether the objects in my basement give me joy or not—to determine whether they should be kept or thrown away. So little gives me joy now that I’m afraid I’ll get rid of every single thing I’ve ever owned and end up with nothing. Which isn’t necessarily a bad thing. Feeling empty only makes me want to be emptier. But within minutes of pawing through the ­ first big plastic box, full of Teddy’s old clothes, I ­find neatly folded pajamas and jerseys and pants, all impossibly tiny, all heartbreakingly meaningful: the French-striped newborn-onesie we’d brought him home in; the tiger shirt he vomited all over at four months but that I managed to wash in time so it didn’t stain; his first pair of dinosaur pajamas from when he was three; his last pair of Batman underwear from when he was five. Each item I unfold and refold crushes me. Each time that I ask myself the book’s central question, my answer is always the same: these used to give me joy but don’t anymore, because they only remind me of what isn’t anymore.

I’m into semantics now, but I don’t have the book itself—I was too cheap to buy it and couldn’t square the internal conflict between acquiring a possession (the book) for the express purpose of clearing away possessions— to clarify whether, based on the past/present issue, I should keep or purge the things that once gave me joy but now only make me want to stab my eyes out. I blink at the sea of plastic containers, at all the buried treasure—all the best years—babyhood, toddlerhood, the preschool and elementary school years—everything before middle school—forever gone. I drop to my knees then, onto the damp musty cement floor, my hands still touching the clothes, and weep—a messy untidy unjoyful kind of weeping. I wish I could purge myself of my self.

At some point I dig around in one of the boxes for an old burp cloth to wipe my nose with. And that’s when I pull out the burlap sack with the unused sling in it. Like I said, it happens by accident.

The sight of the sling now doesn’t make me think about women in Birkenstocks and hemp pants floating through organic produce aisles with their newborns. This time, the sight of that empty sling gives me joy. It makes me want to pick it up, and hug it, and marry it. And fill it. With something.

And so, it starts slowly. One minute I’m hugging and wiping my nose with the old baby sling; the next minute I’m slipping the sling over my head, marveling at the economy of its simple design: no straps, no clasps, no ties or buckles. How many of life’s paths are forged this way—one small unplanned step toward, and away from, something else unknown? At some point I stand up. The sling hangs down below my hips. I feel like Björk at the Oscars wearing that swan.

I take a step, then another step, wondering the whole time why I so stupidly never used the sling when I’d had the chance. All that missed opportunity for human closeness. I snap the lids back onto the big plastic boxes of Teddy’s childhood and head upstairs, the fabric swinging back and forth across my abdomen as I go. It’s annoying but not a deal breaker. I know I’ll get used to it.

Once upstairs, it doesn’t take long before I wonder what it would feel like to carry something in the sling. Something soft but heavy. Something baby-like. It’s been so long.

I scan the kitchen; consider ­first a clean and folded bath towel at the top of the laundry basket that could be molded into a baby-like rectangle; then a red cabbage on the counter waiting to be sliced and braised with chicken for dinner that could be the baby-head; then a few cans of tomatoes from the pantry that could be thrown in for some baby-weight. But none of these things feels right; none has the right heft; none gives me the feeling I crave of having something next to my body that is alive and childlike, something that wants to be cradled constantly and carried everywhere. Or could be convinced to want that.

So maybe that’s when the dog walks into the kitchen. Or maybe it’s later, when the dog is sleeping on the floor next to the couch, her paws twitching every few seconds and her face, in repose, looking so peaceful and calm—a rare thing for a sheltie, whose mission in life is to herd, to boss, to control—that it ­first occurs to me. I can’t remember. Does it matter? At some point, as the baby-simulating items go in and out of the sling, I raise an eyebrow and think: What about the dog? And then: What about the dog?

Desire blinds me. I get down on the floor and tug on her collar. And just like that, as her reluctant paws slide along the floor like a Tom and Jerry cartoon sequence, everything changes.

Praised by Marian Keyes, Judy Blume, Alice Hoffman, Laura Barnett, Diane Ackerman and many more. From a NYT bestselling author,, SEPARATION ANXIETY is a life affirming, uplifting novel about marriage and family, for fans of The Authenticity Project and Where'd You Go Bernadette. 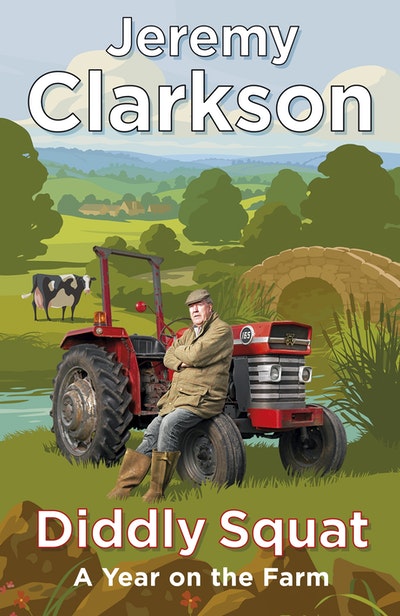