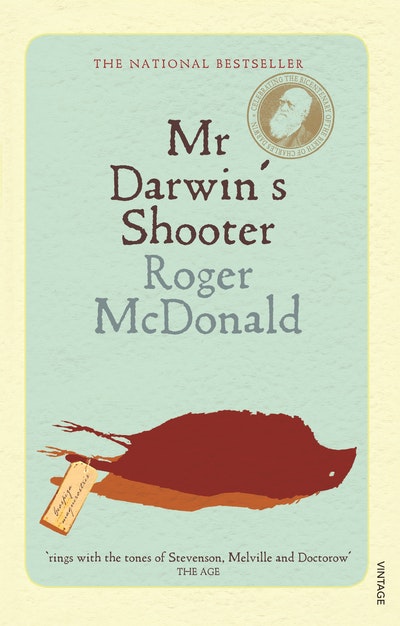 From the winner of the Miles Franklin Award.The story of Syms Covington, Darwin's manservant on the Beagle and afterwards.

the story of Syms Covington, Darwin's manservant on the Beagle and afterwards.

Last century Charles Darwin set out on a voyage in the Beagle that would change forever the way human history was viewed. It was on this voyage that Darwin collected the information that gave birth to his controversial Theory of Evolution.

This is a novel of scientific discovery, of religious faith, of masters and servants, and of the endless wonder of the natural world. But its greatest triumph is Covington himself, the boy who looked up at the beckoning figure of a yellow-haired Christian in the stained glass window in his boyhood church of Bedford, and sought to follow.

He leaves Bedford as a lad of 13 and goes to sea with the evangelical sailor John Phipps and becomes one of Phipps' 'lads'. But Phipps' catechising can't repress Covington's passage into manhood, nor prevent him chasing the exotic native maidens of Tierra del Fuego. When next he returns to sea it is to serve on the Beagle.

Mr Darwin's Shooter re-creates the voyage of the Beagle, where Covington spends time exploring -- and collecting specimens -- inland. And we travel on to the Galapagos Islands, with their huge turtles and armadillos and remarkable finches. Years later, in Sydney's Watson's Bay in beset middle age, Covington awaits the arrival of the first copy of Darwin's The Origin of Species, which contains the scandalous theory of evolution. What part of his life might be in it? What truths may it contain? How can one man absorb the meaning of Creation?

Roger McDonald was born at Young, NSW, and educated at country schools and in Sydney. For many years he has lived on farms (no farm animals except poultry and a corrugated iron sheep these days) in southern NSW, with intervals spent in Sydney and New Zealand.

His first novel was 1915, winner of the Age Book of the Year, and made into an eight-part ABC-TV series (available on DVD and “looking like a bleached-out relic of a forgotten age when they just happened to have television,” he says). His account of travelling the outback with a team of New Zealand shearers, Shearers' Motel, won the National Book Council Banjo Award for non-fiction. His internationally bestselling novel Mr Darwin's Shooter, was awarded the New South Wales, Victorian, and South Australian Premiers' Literary Awards. The Ballad of Desmond Kale won the 2006 Miles Franklin Award and South Australian Festival Prize for Fiction. A long story that became part of When Colts Ran was awarded the O. Henry Prize (USA) in 2008. A companion novel, The Following (2013) attracted readers as a eulogy to country life at the close of a hard era. McDonald maintains a writing interest with a new book every three or so years and has eight titles in print with Penguin Random House. His other novels are Slipstream, Rough Wallaby, Water Man, and The Slap.

As a writer with “a sure, steady command of how the Australian bush looks, smells and feels, in each season and in all types of weather” (Mark Thomas, Canberra Times) McDonald once swore “never to do water or grass”, but with his tenth novel, A Sea-Chase, he upends all that and goes to sea.

“Writing about the sea came as a revelation,” says McDonald, “partly the result of going to New Zealand every summer and sailing, starting with a 12ft dinghy and trying to keep up with Kiwis whose second nature off the rugby field is on the water. Partly too A Sea-Chase is inspired by lone sailing accounts, starting with sports’ autobiographies and ranging through to the diaries of Samuel Taylor Coleridge, which leave no reader in doubt there’s a spiritual dimension involved. Precise sea language glistens like freshly applied paint wherever it’s used, but also, I had to, in this story, keep hold of the driest, remotest pinch of Australian dirt and spread it into the Southern Ocean. How this feeds into the story, in fact makes it happen, was powerfully gratifying to me as a writer.” 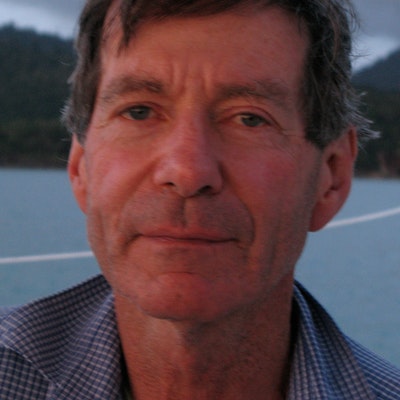 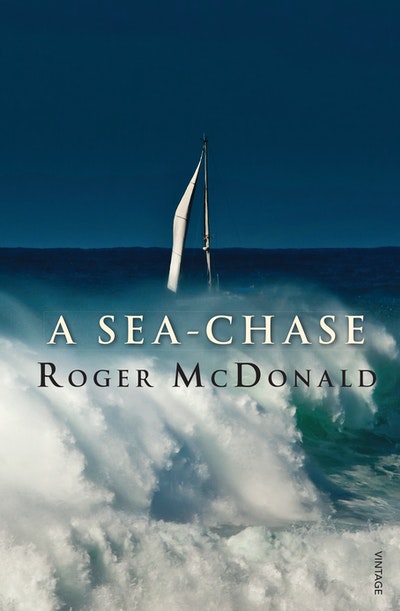 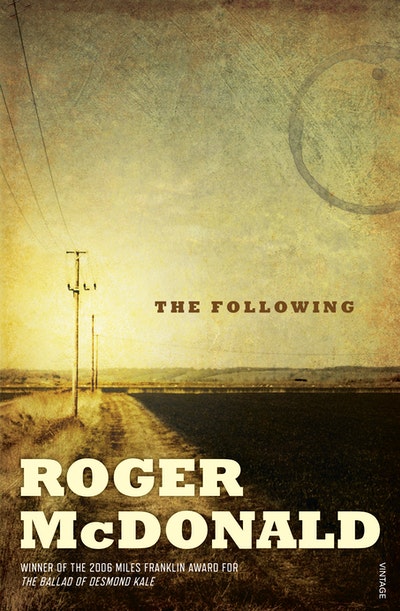 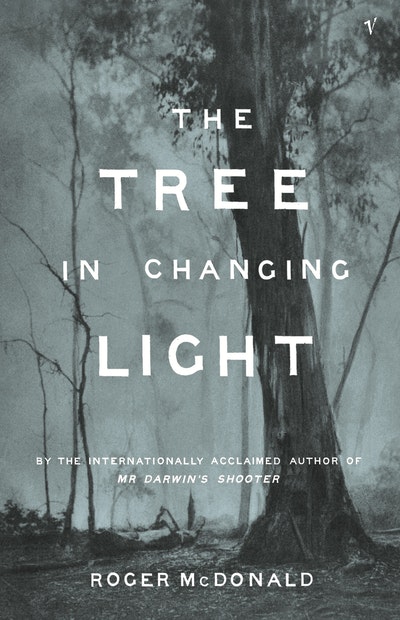 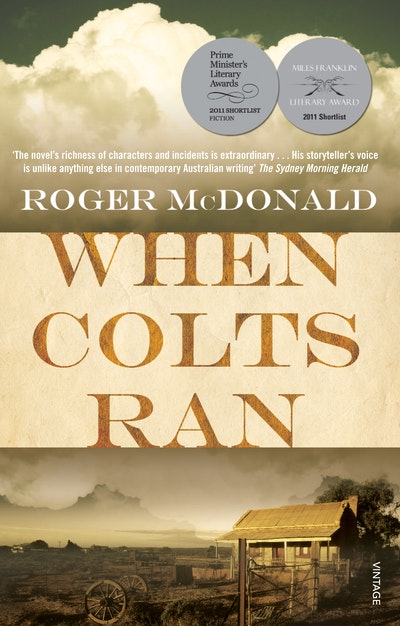 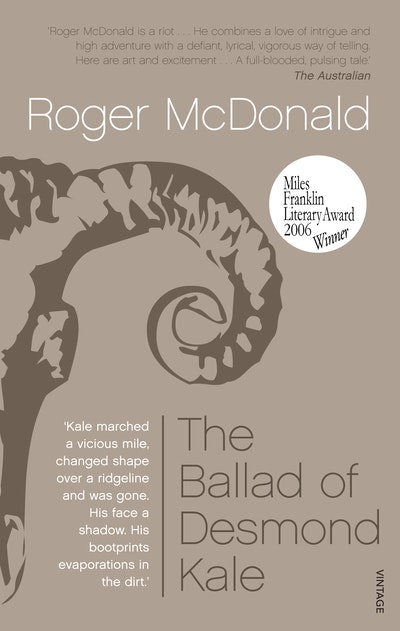 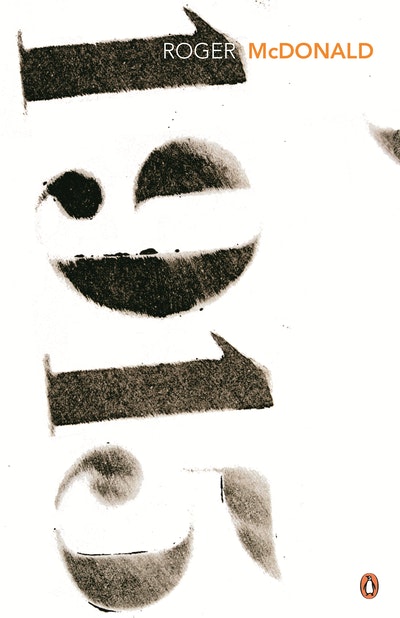 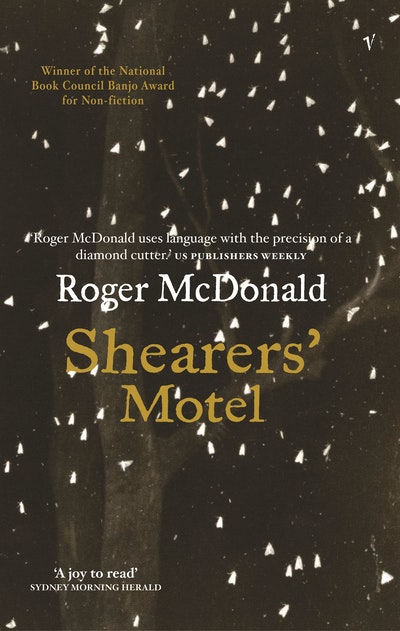 Many readers have met the “Australian“ Darwin before, through the person of Syms Covington, his servant and assistant, fictionalised in Roger McDonald’s stunning novel, Mr Darwin's Shooter.

A sustained piece of imagining ... The scenes of discomfort on both [Darwin’s and Covington’s] sides are beautifully observed ... This is a lavish, rich novel in an idiosyncratic countryman’s voice, thickened with metaphor.

The adventures on board the Beagle are vividly described, generating a sense of the excitement that must have greeted each new find ... McDonald’s research into nineteenth-century natural history has resulted in a richly detailed narrative ... Covington ... is wholly engaging, as are his later philosophical torments in the face of Darwin’s theory. That his part in the most momentous theory of the Victorian age should have been so overlooked seems a shame. With Mr Darwin's Shooter, Roger McDonald has done both him and us a valuable service ...

An innovative, powerfully poetic imagination ... an unerring touch and a witty, ebullient prose effortlessly carry a great density of idea and implication.

It is through a poet’s eye ... that his characters and environments evolve, detail by detail; brought to life skilfully as if by nature itself.

‘In sinewy, poetic prose, McDonald follows his protagonist from pious boyhood in Bedfordshire, through formative years at sea, to prosperous maturity in Australia. Places are vivid, and even marginal figures are strikingly well drawn, so that Darwin's research into the natural order is set within a richly detailed social order. Covington himself is a vital, convincing creation: coarse, proud, fierce, yet always more astute than others think. Mr Darwin's Shooter is a persuasive argument for history with a (fictional) human face. The challenge posed by Darwin's theory of evolution to the spiritual values of his day could hardly be more tellingly evoked than it is in its impact on the far from cerebral Covington. McDonald's novel .. is a stirring reminder that the Beagle sailed on a voyage into the unknown, and that beliefs now central to the way we see the world were once almost beyond imagination.

... a story too good to give away, beautifully written and meticulously researched, with intertwining sub-plots of love, friendship and betrayal. As for the voyages, I lent it to an old Merchant Navy mate and asked if it rang true. "I could smell the sea in it," he said.

an odd but ultimately gripping story, told in an archaic prose that is at first awkward but grows into something unworldly and rather beautiful ... There is something of Conrad in Roger McDonald ...

The adventures on board the Beagle are vividly described, generating a sense of the excitement that must have greeted each new find ... McDonald's research into nineteenth-century natural history has resulted in a richly detailed narrative ... Covington ... is wholly engaging, as are his later philosophical torments in the face of Darwin's theory. That his part in the most momentous theory of the Victorian age should have been so overlooked seems a shame. With Mr Darwin's Shooter, Roger McDonald has done both him and us a valuable service ...

[McDonald's] powerful novel ... [the] scenes in Bedford where the presence of Bunyan still shapes earthy family life in the early 19th century are extraordinarily successful. It is rare in fiction to meet a boy realised as sweet and physical and wholesome -- and to find him believable too. ... the young Covington is evoked with forthright grace ... Apparently rough, nonchalant, and yet close-honed, McDonald's language pitches us into Covington's sensations. We experience the judder of the boat, the sift of owl's feathers, England sinking 'like a plate in the suds'. The reader is grappled close to a man who outgoes [sic] the role of servant assigned him by historical records and by the custom of the time in which he lived. In this fierce and fascinating novel Darwin is obscured, Covington revealed. McDonald thus pays tribute to unknown makers of modern Australia and, through fiction, seeks to contribute to its history.