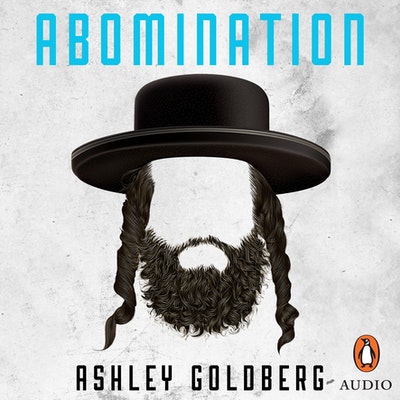 'He who turns his ear away from hearing the Torah – even his prayer is an abomination.’ Proverbs 28:9

Melbourne 1999: Ezra and Yonatan are best friends whose lives are forever changed when their school, the ultra-Orthodox Jewish Yahel Academy, is rocked by a scandal and they are thrown onto two divergent paths. Twenty years later, the lives of the two men are very different: Ezra identifies as secular and atheist, while Yonatan has been ordained as a rabbi and even teaches at the academy. By chance they are reunited, and the events of their past and present collide with devastating consequences.

Abomination lays bare the clash between religious and secular worlds in contemporary Australia and provides a revealing glimpse into a closed community. With great tenderness and insight debut author Ashley Goldberg tells the story of an enduring and evolving friendship as Yonatan and Ezra struggle to come to terms with the choices they have made, search for meaning, and forge their own identities. This is a beautifully observed, moving story from an exciting young writer.

Ashley Goldberg is an Australian writer based in Melbourne. His fiction has appeared in New Australian Fiction 2021, Meanjin, Chiron Review, The Honest Ulsterman and Award Winning Australian Writing among other publications. Ashley has an MA in Creative Writing from Bath Spa University and a Graduate Diploma of Professional Writing from Canberra University. His work has been shortlisted, longlisted, and anthologized in numerous competitions worldwide, including the 2017/18 Galley Beggar Press Short Story Prize and the Commonwealth Short Story Prize. In 2019, Ashley was a fellow at the Katharine Susannah Prichard Writers’ Centre and a finalist for the Tasmanian Writers’ Prize. Abomination was shortlisted for the 2020 Kill Your Darlings Unpublished Manuscript Award.

I couldn’t stop turning the pages even though I needed to do other things. No idea whether or not Ashley has lived in the tight-knit Jewish community his characters occupy but it sure as hell vividly matches up with what I’ve seen and lived through.

A searching, deeply intelligent exploration of faith and memory that crackles with the taut energy and electric intensity of a thriller, Abomination is one of those rare debuts where a writer arrives fully-formed and in complete control of their craft.

This is a tale about self-realisation and self-actualisation, and the journey these young men make through the story is both moving and profound.