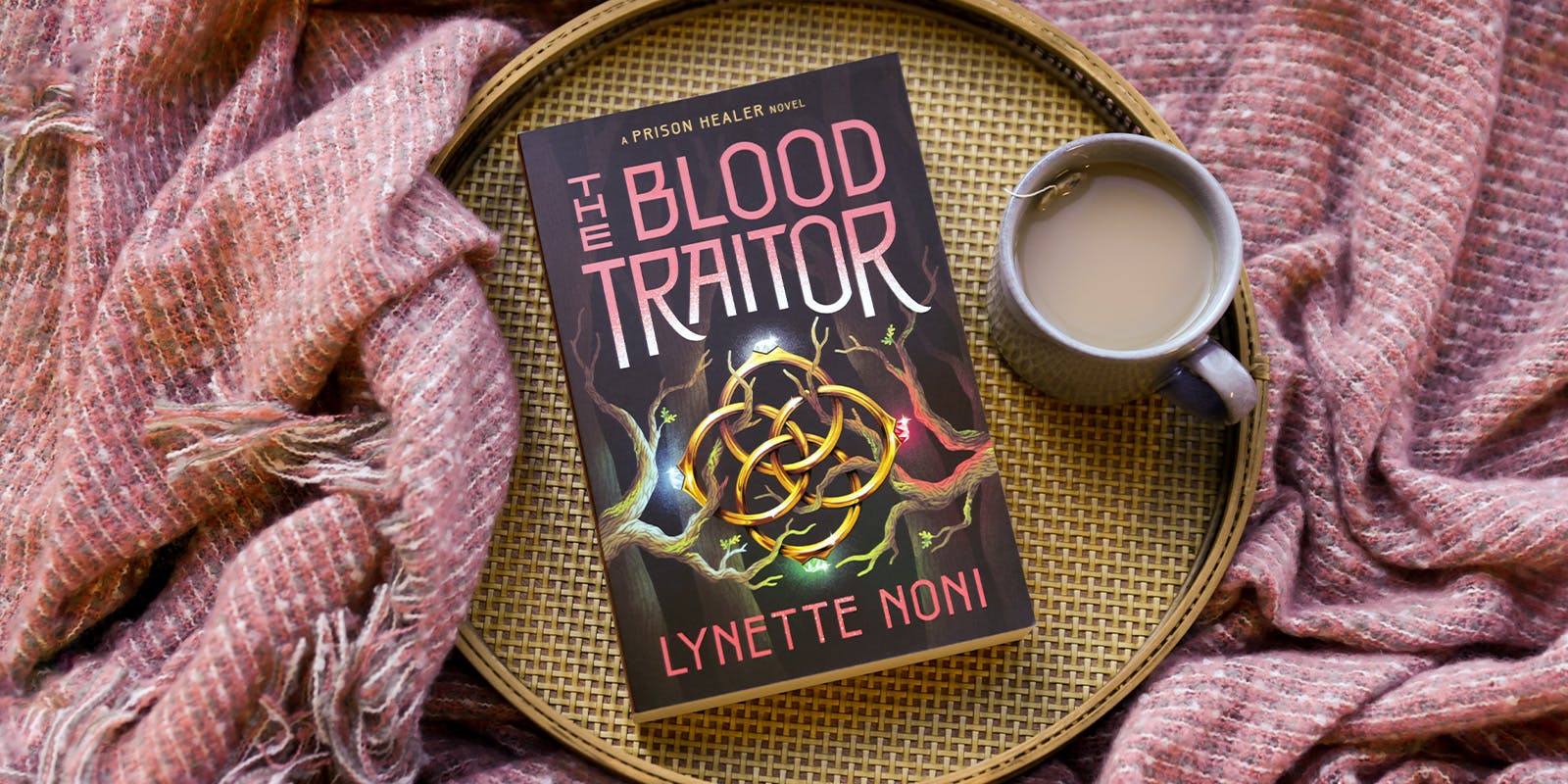 After The Gilded Cage left readers with a massive cliff-hanger, fans of The Prison Healer series have been on the edge of their seats in anticipation of the release of the third and final book, The Blood Traitor.

Wrapping up The Prison Healer trilogy

While the release of The Blood Traitor will provide some respite from the uneasy waiting, the twists and turns of the storyline are sure to bring equal parts angst and relief as readers follow along with a cast of characters as they journey on a quest to save not just Evalon, but all of Wenderall. And with characters as relatable as these, it’s hard not to get emotionally invested.

As Kiva fights for what she believes in, the unravelling of events is so unexpected that even the book’s author, Lynette Noni, was surprised at the plot twists that transpired while writing.

‘There were a couple of key things that I managed to plan, but honestly there are a few very, very big surprises – especially in the early few chapters,’ Noni shares.

‘I was writing and thinking, “Wow, I have no idea what’s happening!”’

While those emerging twists sometimes left her panicking about how she'd get her characters out of trouble, the author knew that the element of surprise she felt would also be transmitted to her readers.

‘I’m writing it going, “No way!”, and so they read it with the same reaction. Which is great.'

The relatable characters of The Blood Traitor

As exciting as the action and adventure-packed plot is, the twists aren’t the only thing to look forward to in The Blood Traitor. With her signature style, Noni will blow readers away with her lifelike and complex characters.

Readers of the previous two books will be familiar with the all-too-relatable characters, who are so human that they are easy to love and hate in equal measure.

Applying the knowledge she amassed while studying human behaviour at university, Noni is able to craft lifelike characters that feel like they could jump right off the page. ‘[My background] helps me give them a bit more three-dimensionality,’ she says of the characters in The Blood Traitor.

‘It allows me to see them not just as a little fictional being, but as a human that has strengths and weakness and flaws . . . I try to bring that onto the page by delving into their psyche.’ That's no small feat for a novel including a cast of more than ten main characters.

Even if they only appear for a short time, ‘it’s the characters who we fall in love with,’ Noni explains. ‘That’s really important to me from a human perspective as a connection-point with readers.’

Saying goodbye to the characters

While having an end to the story will be a relief, saying goodbye to the beloved characters of this trilogy will undoubtedly be a bittersweet experience forThe Prison Healer fans.

As hard as it may be for readers to bid adieu to Kiva, Jaren, Caldon and the rest, the ending of the series is even more sentimental for the author as she closes the chapter on this sweeping narrative.

‘This series in particular is really hard for me because it’s been such a quick process,’ says Noni. ‘I was so deeply invested in all of [the characters’] lives for such a concentrated period.They came alive to me in a sense, so even now, it’s going to be such a bittersweet feeling when this book comes out.’

Which character would the author most want to meet in real life?

Knowing that she will soon have to say goodbye to the characters of The Prison Healer, Noni shares that if she could get dinner with any character from the final book, The Blood Traitor, it would be Caldon.

‘He was such a surprise character to me,’ she reveals. ‘I never really intended him to have a massive role and he totally stole the show in the second book. Coming into the third book it’s pretty much the same. I think that would be a fun and enjoyable dinner.’

If you aspire to write characters that seem as geniune as the ones in The Blood Traitor, Noni’s biggest piece of advice is painfully simple: just write.

‘It comes down to discipline,’ she explains.

‘You have to accept that what you’re writing might not be very good, and that’s okay. A lot of aspiring authors get caught up on perfection . . . but until you get that experience of putting words on the page and getting them there to go back and fix them, you’re just looking at a blank page.

Even if nothing makes sense, you can’t make anything better until you have something to make better.’

With The Blood Traitor being Noni’s eleventh book, it’s safe to say that hers is advice worth heeding. ‘It’s hard to see that process, especially when you’re young. It’s about understanding the reality [of writing] and accepting that it takes time and work.’

Can't wait to read it? Pre-order The Blood Traitor to secure your copy ahead its 31 May 2022 release date.