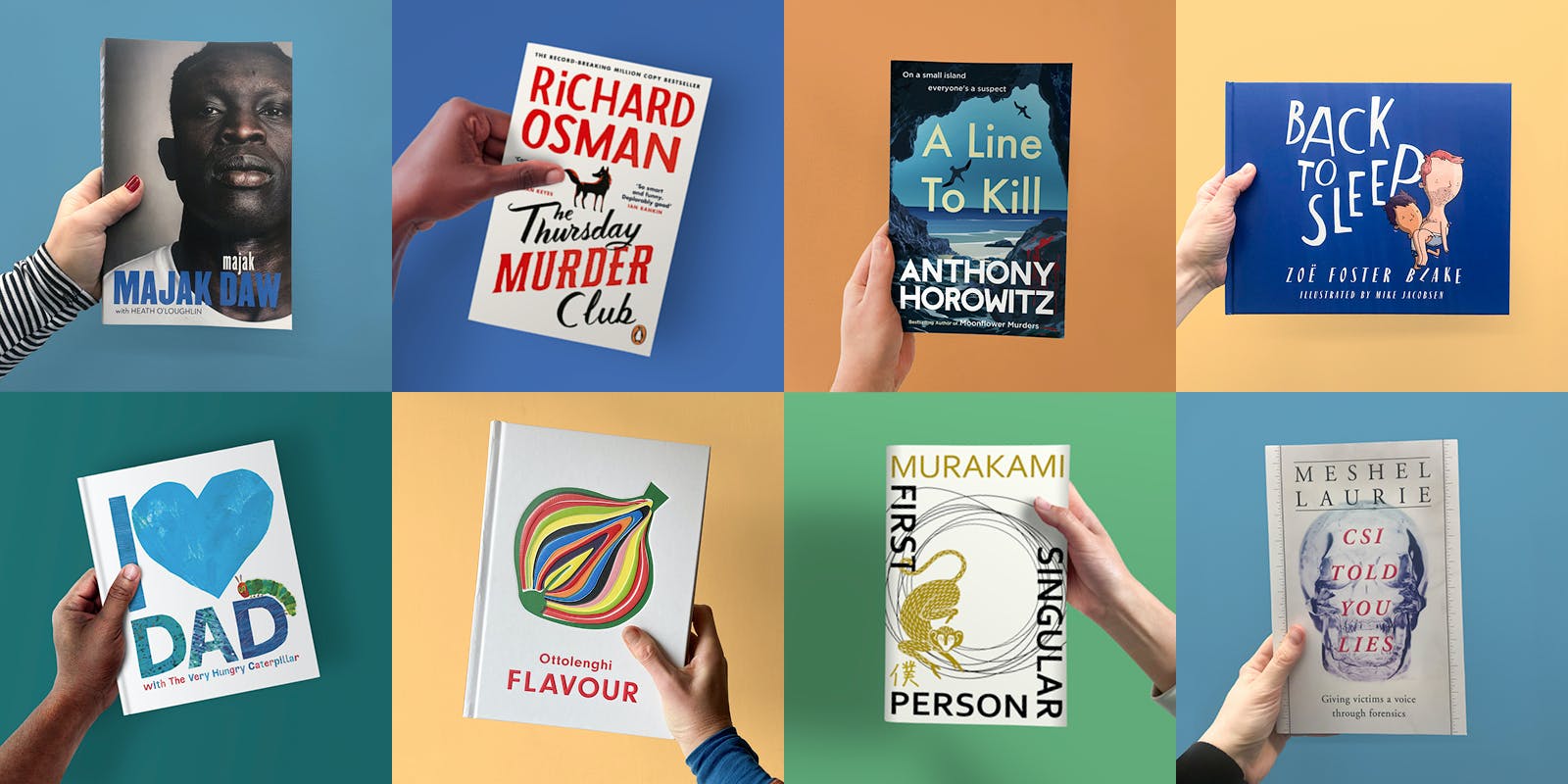 Show your dad you know him this Father’s Day by picking the perfect book to match his personality.

Whether he’s a sports fan, foodie or true crime obsessed, we have a recommendation for every type of dad.

Does your dad have obscure knowledge about world wars, delves into a good period drama and stops to read every plaque at the museum?

Corporal Hitler’s Pistol, the latest novel from author Tom Keneally, plunges the reader into a compelling story of the interactions and relationships between black and white Australians in early twentieth-century Australia.

Corporal Hitler’s Pistol is a gripping novel from a great storyteller for those interested in both the First World War and Australian history.

The book Semut is recommended for dads interested in non-fiction, with author and academic Christine Helliwell lifting the lid on the untold story of a secret Australian operation in World War II Borneo.

With her first-hand knowledge of Borneo and interviews with operatives in the top secret Semut operation, Helliwell takes the reader inside the Semut II’s and Semut III’s brutal guerrilla campaign against the Japanese and the recruitment of Borneo’s Indigenous Dayak people.

Convict-era Port Arthur, written by David W. Cameron, provides comprehensive details into the history of one of the most remote and feared convict locations in Australia.

Telling stories through the eyes of those who lived it, the gripping book tells of the horrors over a fifty-year period and provides an inside look into the miserable days spent there.

If your dad considers himself quite the chef and is always experimenting in the kitchen, a new cookbook this Father’s Day could keep him busy filling your belly.

Even if he’s just wanting to improve his skills, Ottolenghi SIMPLE has 130 brilliantly easy recipes that will help even a novice shine at a dinner party.

Ottolenghi Simple is also the perfect fit for a time-poor dad looking to help out more around the house, with recipes that will get dinner on the table in under 30 minutes.

This book is full of flavoursome dishes with some made in just one pot to save on washing up.

Jamie Oliver's Together is recommended for dads who love cooking for a group and bringing everyone to the dining table.

With ongoing lockdowns, the prospect of sharing a meal once again with loved ones has never been so important.

Together features recipes from seasonal feasts to curry nights, a simple and achievable menu that can be mostly prepped before guests arrive.

If your dad considers himself quite the foodie, Ottolenghi FLAVOUR will enrich his culinary journey with mouth-watering vegetable-based recipes.

Teaching him about the concept of flavour, this book of recipes will give him the skills to transform any ordinary vegetable in the fridge into an extraordinary meal.

The crime and thriller enthusiast

The Coffin Confessor, William Edgar, doesn’t let anybody take their secrets to the grave.

With a peculiar job to exhume the inner dark thoughts of a loved one to family and friends after they pass, Edgar reveals some of the most heartbreaking and deeply strange requests of those on their death bed.

With their one last wish for family and friends to know their secret, Edgar tells of the confronting reality of giving them that final gift.

After the success of podcast Australian True Crime, Meshel Laurie is giving victims a voice with her new release CSI Told You Lies.

Speaking with forensic scientists behind high-profile disasters such as the Boxing Day tsunami and the violent murders of women in Melbourne, Laurie uncovers the darkest moments of law enforcement and victims’ families while detailing the forensic evidence that uncovered the truth.

The President’s Daughter, written by renowned crime novelist James Patterson and former US president Bill Clinton, is a suspenseful thriller about the abduction of a teen girl and every parents’ nightmare turning into a matter of national security.

The sports fanatic can discover the untold moments of Majak Daw’s life, an eye-opening football story like no other.

Majak details his rise to AFL stardom and an attempt to take his life in his raw account of what it takes to succeed and the unprecedented scrutiny he faced.

Daw’s life is a tale of survival, perseverance and ultimately a comeback that had been deemed impossible.

If your dad is more into leisure sport, dive into Fish of the Day, which follows Clarke Gayford and his adventures across New Zealand and the Pacific.

With fishing one of the world’s favourite past times, readers are given an up-close experience with stunning images from the deep.

Toxic is the latest book from Richard Flanagan, which explores the underbelly of Tasmania’s salmon industry.

In a chilling take on what we’re really eating, Flanagan exposes the industry which has long touted a product grown in pristine and sustainable environments.

Puff Piece, written by satirist and radio personality John Safran, explores how words can be a matter of life and death and the truth behind a decision to relaunch a cigarette company as a health enterprise committed to helping a billion of the world’s smokers quit.

As the reader will learn, not all is as it seems.

If you want to give your dad a taste of his own medicine, Stop the Dad Jokes will be sure to get a laugh and inspire a few more goofy gags.

Stop the Dad Jokes is a great book for fathers to read with young kids and is written by two dads themselves who clearly know what it takes to keep their children smiling.

Using his clever British wit, Osman brings a sense of fun and suspense to life at a retirement village, with four curious, and a little nosey, pensioners taking the lead to solve some mysterious murders.

Lastly, who doesn't love a Bluey book? My Dad is Awesome is a hilarious and heartwarming book that speaks to why dads are the best.

It's a perfect book choice for any dad who also loves reading to his children.