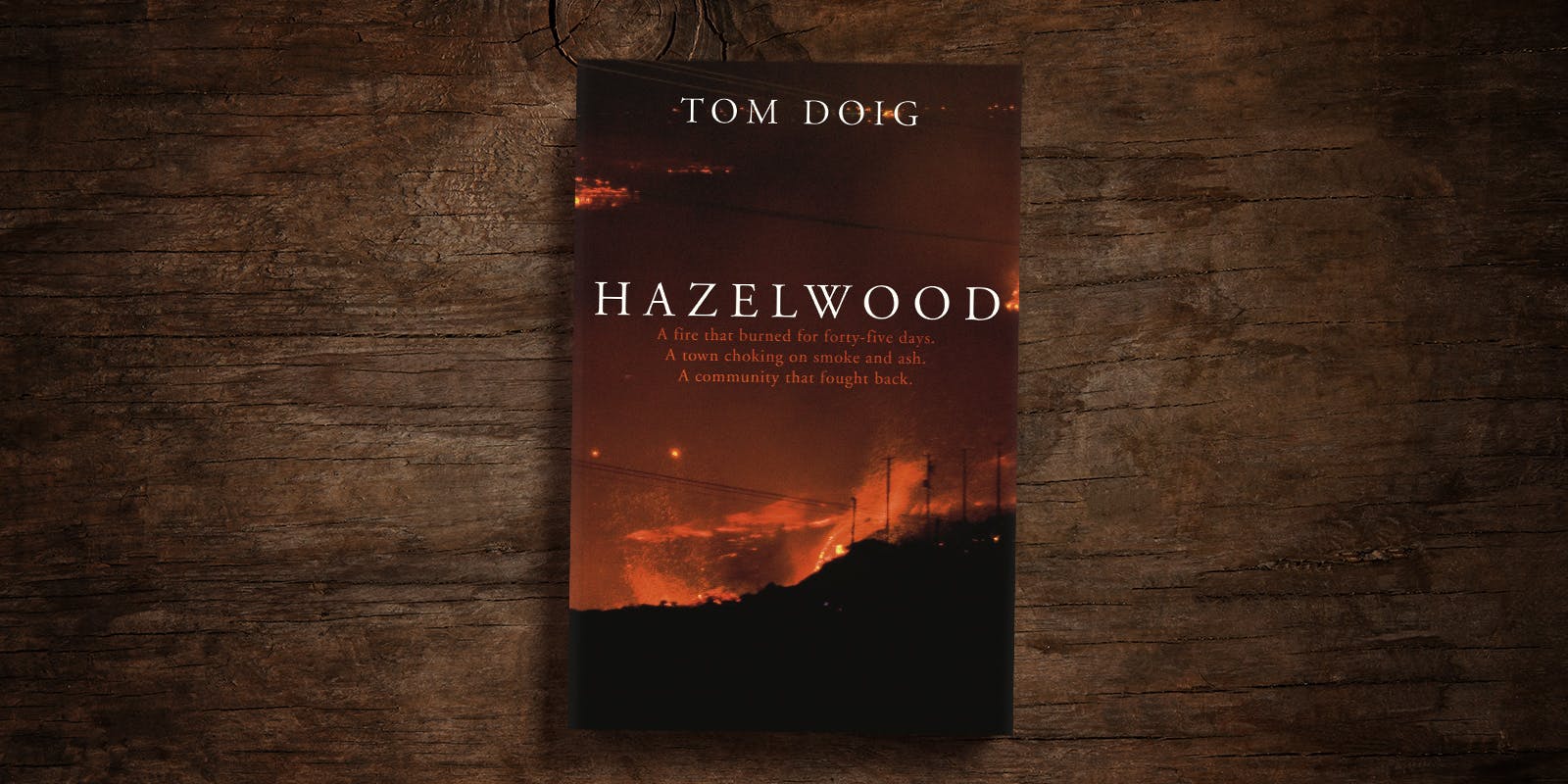 In 2014, the Hazelwood mine fire burned out of control for 45 days. In his book Hazelwood journalist Tom Doig reveals the story of the lead up to the disaster, the impacts on a town choking on smoke and ash, and the efforts of the community members who fought back. Here, in brief, he timelines the key events and decisions that led to one of Australia’s worst environmental and public health disasters.

50 million BC – Huge prehistoric trees begin falling into a vast swamp. As the rotting trees press down on each other, brown coal begins to form, in some of the largest quantities in the world.

60,000 BC – Indigenous Australians arrive in the region. The Gunaikurnai people name it ‘Morwell’, which means ‘inhabitants of the swamp’, and live on top of the brown coal for tens of thousands of years.

1946 – The Victorian government approves development of the Hazelwood mine, just 400 metres from Morwell.

1966 – Morwell experiences its first mining-related land disturbance: a small urban sinkhole, the cause of which Hazelwood engineers cannot determine.

1977 – Fire breaks out inside Hazelwood mine and burns out of control for three days. The fire is blamed on a lack of water pipes and sprinklers in the affected area.

Mid-1990s – In the lead up to the privatisation and sale of Hazelwood mine, the State Electricity Commission relaxes the safety regulations relating to water pipes and sprinklers.

Late-1990s to 2014 – Hazelwood’s corporate owners remove defective water equipment without replacing it. They sell the copper pipes as scrap metal.

Early 2000s – Australian Paper Plantations and Gippsland Water set up three timber plantations, directly upwind and less than two kilometres from the western edge of Hazelwood mine. The trees they plant, Tasmanian blue gums, are some of the fastest-growing and most flammable trees in the world.

2008 – Hazelwood mine catches fire again. A report by consulting group GHD recommends that ‘a risk assessment should be undertaken on the non-operational areas [of the mine] to determine if further work is required’. As Hazelwood’s senior mine planner Romeo Prezioso admitted to the 2014 Hazelwood Mine Fire Inquiry, this risk assessment never happened.

2000s – As concern about climate change becomes mainstream, environmental groups start advocating for the closure of Hazelwood, Australia’s most-polluting power station. Hazelwood was originally designed to be closed down in 2004, but when it was privatised and sold, this date was extended indefinitely.

Summer 2013-14 – One of the hottest and driest on record in Victoria, due to human-caused climate change.

February 2014 – The weekend of 8-9 February is judged to be the most extreme fire-risk conditions in Victoria since Black Saturday, 2009.

7 February 2014 – Mine owners GDF Suez issue a ‘Hazelwood Mine Fire Preparedness and Mitigation Plan’. Shortly afterwards, all but one of the key senior personnel who were trained to act as Emergency Commanders in the event of a fire leave the Latrobe Valley for the weekend to escape the heat.

7 February 2014 – A fire, possibly lit by an arsonist (a court case is ongoing), takes hold in the hills of Hernes Oak, ten kilometres upwind of Hazelwood mine. The mine owners do not review or update their Fire Preparedness and Mitigation Plan.

8 February 2014 – Hazelwood employees Steve Harkin and Alan Roach receive emails from emergency services staff with images of predicted fire activity. Steve Harkins writes to Alan Roach: ‘Thanks – not sure I understand it but I think it says our northern batters [north face of the coal mine] will be on fire?’ The mine owners do not review or update their Fire Preparedness and Mitigation Plan.

9 February 2014 – Following a wind change, embers from the Hernes Oak fire and from a newly-lit fire in Driffield, ten kilometres to the south-west, start blowing onto the exposed coal faces of Hazelwood mine, including the northern batters – just as the model predicted.

Mine employee Steve Harkins recalls, ‘I saw a fire at the base of the northern batter… there were flames [in] some vegetation… It was very smoky by now, very smoky with wind, very swirly… I saw a lot of debris in the air… The winds were very powerful, very smoky, I could see smoke coming through and I thought, “Oh dear, this is a perfect storm”.’

The 2014 Hazelwood Mine Fire Inquiry disagreed with Harkin’s description, calling the fire ‘foreseeable’.

On the northern batters, 400 metres from Morwell, the fire grows to three kilometres in length and 130 metres in height – like three Sydney Harbour Bridges in a row, burning.

As night falls, hundreds of thousands of square metres of coal face glows bright red. It looks to some workers like a gigantic radiant bar heater. To others, it looks like a glimpse into hell.

10 February 2014 – the fire keeps burning out of control. CFA volunteer fire fighter Doug Steley works through the night trying to fight the fire – except the CFA had no water to fight the fire with, because the mine owners had removed the water pipes.

‘Imagine as far as you can see, the ground itself is burning,’ Doug recalls. ‘The trees are still there, but the earth underneath the trees is burning.’

‘When you’re standing there, it fills the horizon,’ Doug says. ‘It’s all you can see. You can feel the heat against your face, you can see the giant cracks in the earth opening up and the glowing red embers inside. Holy bloody hell, the whole hill is on fire.’

9 February – 6 June 2014 – Smoke from the mine fire blows into Morwell, and doesn’t stop for the next month. While the fire is officially declared ‘under control’ on 25 March 2014, it is not fully extinguished until 6 June 2014. 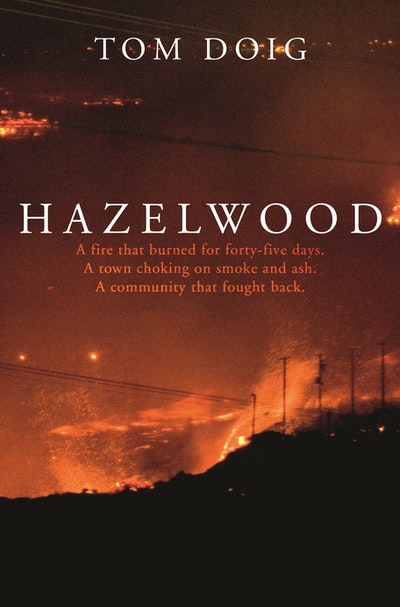 A gripping and immediate account of one of the worst disasters in Australian history.