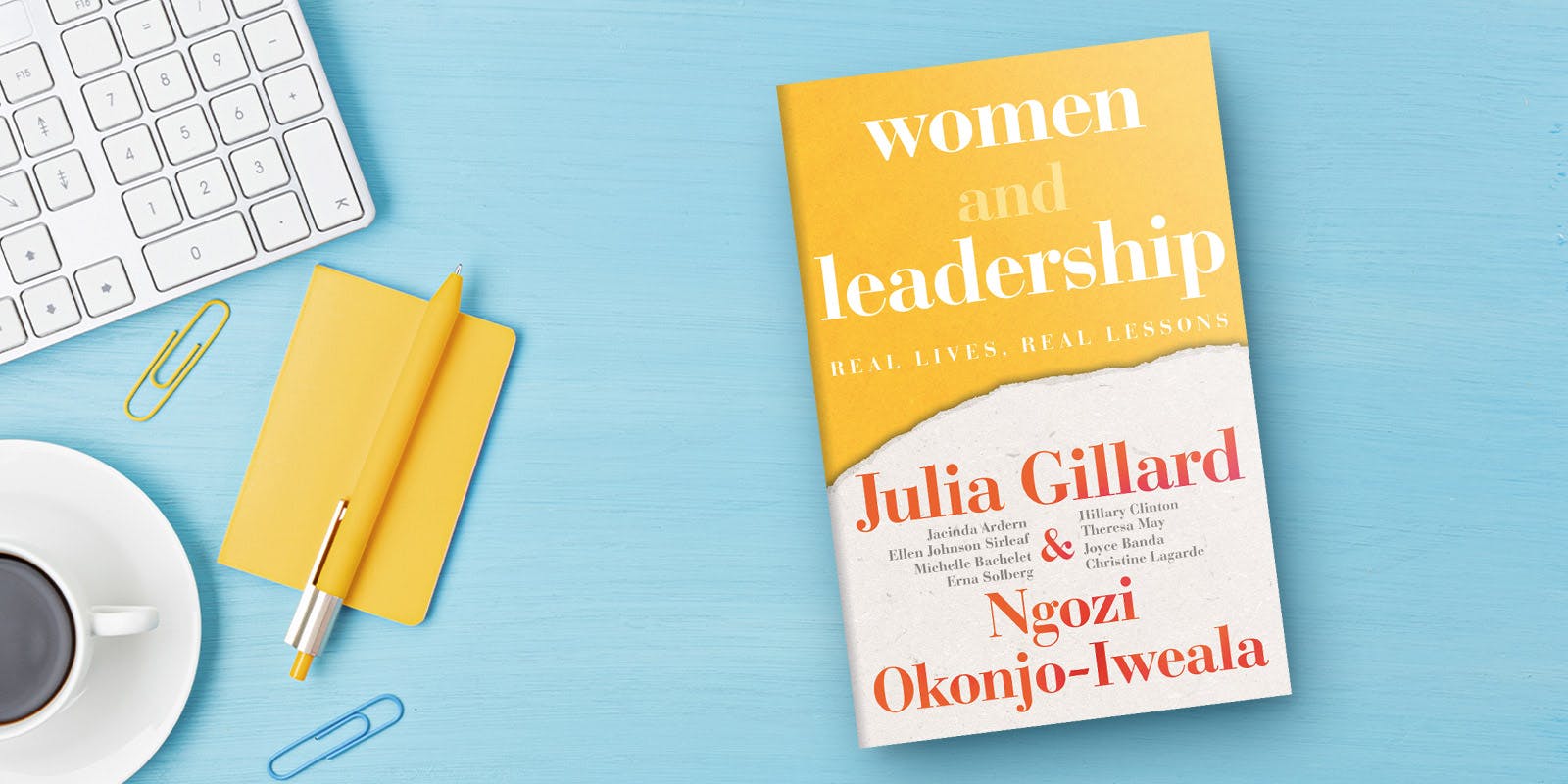 ‘How many women have won an Academy Award for Best Director?’ ask Julia Gillard and Ngozi Okonjo-Iweala in their book Women and Leadership. ‘The answer is one: Kathryn Bigelow for the film The Hurt Locker. That makes one woman and ninety-three men across the history of the Oscars.’1 As Gillard and Okonjo-Iweala point out, it’s a dispiriting result. But it could be one worse.

Across almost every measure of success in today’s society, the odds are disproportionately stacked against women. In Women and Leadership Gillard and Okonjo-Iweala present an analysis of the influence of gender on women’s access to positions of leadership, the perceptions of them as leaders, the trajectory of their leadership and the circumstances in which it comes to an end. Rather than focusing on the repercussions of the maleness of the world around us, instead they turn our attentions to phenomenal female success stories, including Jacinda Ardern, Hillary Clinton, Ellen Johnson Sirleaf, Theresa May, Michelle Bachelet and more. By presenting the lessons that can be learned from women leaders, Gillard and Okonjo-Iweala provide a roadmap of essential knowledge to inspire us, and an action agenda for change.

Here, we pull some numbers from Women and Leadership – followed by a brief passage from the book – to offer a snapshot of the extent to which gender bias influences our society today.

Women in politics and international relations
Women as leaders of the United Nations or World Bank: 0
Women as presidents of the United States, France, Nigeria, Mexico or Japan: 0
Women as prime ministers of Italy, Spain, Sweden, Malaysia or Singapore: 0
Percentage of UN member nations that have ever been led by a woman: 30% 2
Number of countries that have had more than three woman leaders: 0
Percentage of women in ministerial positions in 153 countries examined by the World Economic Forum: 21% 3

Women in the news, media, TV and film
Women as a percentage of people heard, read about or seen in news media: 24%
Percentage of news stories that clearly challenge gender stereotypes: 4% 8
Percentage of female speaking character roles in the top 100 box office successes: 30.9% 9

There are so many more dimensions to gender discrimination: sexual violence, early marriage, human trafficking, honour killings, the denial of reproductive rights, and the list goes on.

But describing all the characteristics, repercussions and ripple effects of the maleness of the world around us is not the purpose of this book. Rather, our mission is to examine the many obstacles holding women back from becoming leaders, with a view to working out how best to clear those hurdles out of the way.

We see the task of having an equal number of women leaders in politics and business around the world as an urgent one.

The World Economic Forum has calculated that, if we continue to improve at the current rate, closing the global gender gap in political representation will take ninety-five years.

So slow is the pace of change that not only will we not achieve gender equality in our lifetimes, it will likely not be realised in the lifetimes of children who are born today.

Our choice is between having the world crawl towards the dawn of political gender equality in the year 2115, or acting more dramatically now. While fast change will undoubtedly be difficult to achieve, to simply wait would be intolerable.

We hope you share our mindset of fixed determination coupled with extreme impatience. Let’s get this done.

2. Statista, ‘Number of countries where the highest position of executive power was held by a woman, in each year from 1960 to 2020’, January 2020, statista.com/statistics/1058345/countries-with-women-highest-position-executive-power-since-1960

9. ‘Improvement toward inclusion in film, but more work to be done’, USC Annenberg School for Communication and Journalism, 4 September 2019, annenberg.usc.edu/news/research-and-impact/improvement-toward-inclusion-film-more-work-be-done

With 10 women sworn into office, now is the best time to read Women and Leadership

On 1 June 2022, a record-breaking ten women were sworn into cabinet positions under Prime Minister Anthony Albanese. With more women in parliament, now is the perfect time to read Women and Leadership by Julia Gillard and Ngozi Okonjo-Iweala.