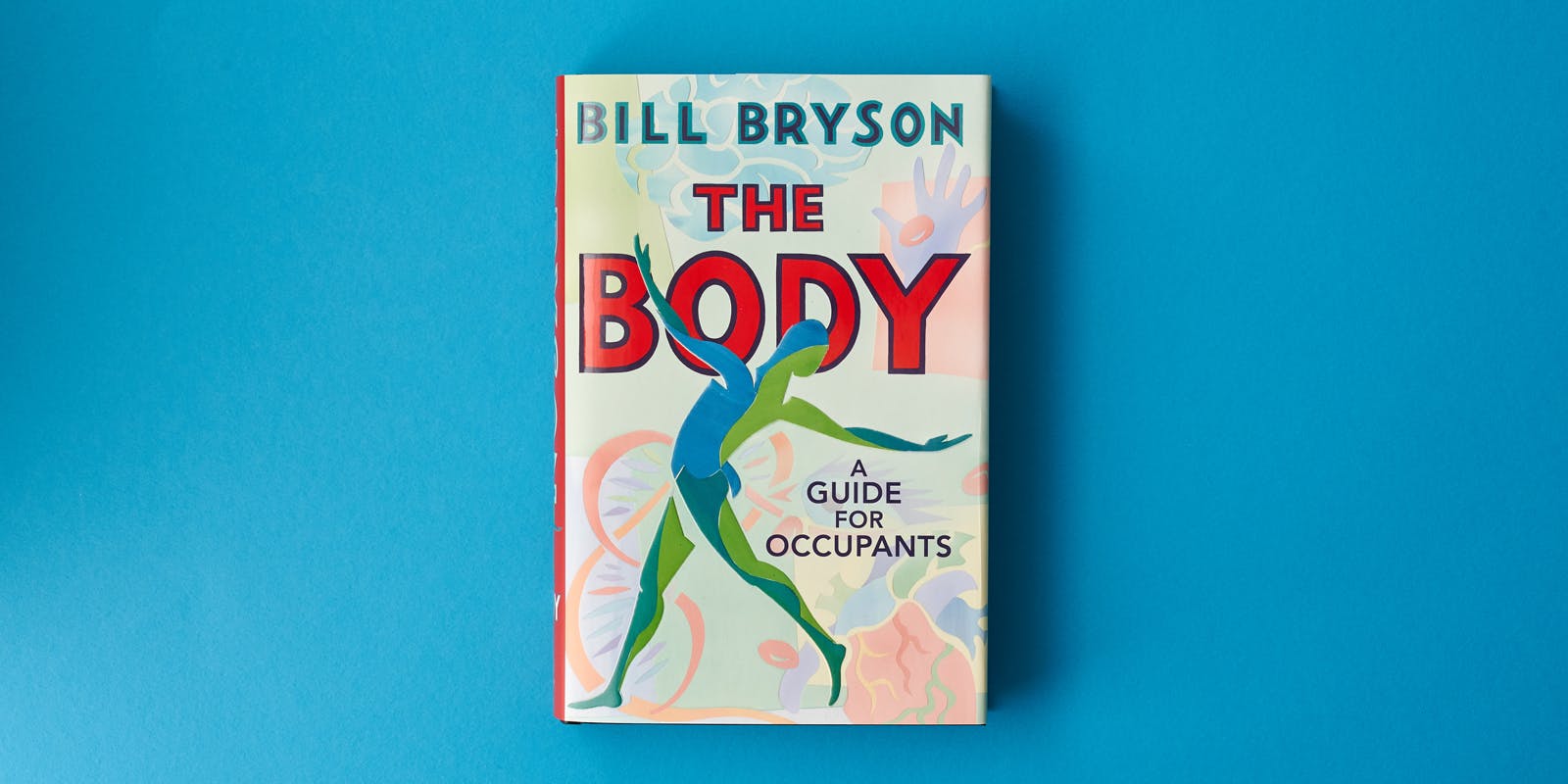 The Body: A Guide for Occupants is filled with fascinating facts, such as ‘The biggest component in any human, filling 61 per cent of available space, is oxygen’ and  ‘The amount of electricity going on within your cells is a thousand times greater than within your house.’

Bill Bryson says, ‘We spend our whole lives in one body and yet most of us have practically no idea how it works and what goes on inside it. The idea of the book is simply to try to understand the extraordinary contraption that is us.’

In the book, Bryson sets off to explore the human body, how it functions and its remarkable ability to heal itself and finds ‘…that we are infinitely more complex and wondrous, and often more mysterious, than I had ever suspected. There really is no story more amazing than the story of us.’

In the passage below, he lifts the lid on what’s going on beneath your skull.

The most extraordinary thing in the universe is inside your head. You could travel through every inch of outer space and very possibly nowhere find anything as marvellous and complex and high-functioning as the three pounds of spongy mass between your ears.

For an object of pure wonder, the human brain is extraordinarily unprepossessing. It is, for one thing, 75–80 per cent water, with the rest split mostly between fat and protein. Pretty amazing that three such mundane substances can come together in a way that allows us thought and memory and vision and aesthetic appreciation and all the rest. If you were to lift your brain out of your skull, you would almost certainly be surprised at how soft it is. The consistency of the brain has been variously likened to tofu, soft butter or a slightly overcooked blancmange.

The great paradox of the brain is that everything you know about the world is provided to you by an organ that has itself never seen that world. The brain exists in silence and darkness, like a dungeoned prisoner. It has no pain receptors, literally no feelings. It has never felt warm sunshine or a soft breeze. To your brain, the world is just a stream of electrical pulses, like taps of Morse code. And out of this bare and neutral information it creates for you – quite literally creates –  a vibrant, three-dimensional, sensually engaging universe. Your brain is you. Everything else is just plumbing and scaffolding.

Just sitting quietly, doing nothing at all, your brain churns through more information in thirty seconds than the Hubble Space Telescope has processed in thirty years. A morsel of cortex one cubic millimetre in size – about the size of a grain of sand – could hold 2,000 terabytes of information, enough to store all the movies ever made, trailers included, or about 1.2 billion copies of this book.∗ Altogether, the human brain is estimated to hold something in the order of 200 exabytes of information, roughly equal to ‘the entire digital content of today’s world’, according to Nature Neuroscience. If that is not the most extraordinary thing in the universe, then we certainly have some wonders yet to find.

The brain is often depicted as a hungry organ. It makes up just 2 per cent of our body weight, but uses 20 per cent of our energy. In newborn infants it’s no less than 65 per cent. That’s partly why babies sleep all the time – their growing brains exhaust them – and why they have a lot of body fat, to use as an energy reserve when needed. Your muscles actually use even more of your energy – about a quarter – but you have a lot of muscle; per unit of matter, the brain is by far the most expensive of our organs. But it is also marvellously efficient. Your brain requires only about 400 calories of energy a day – about the same as you get in a blueberry muffin. Try running your laptop for 24 hours on a muffin and see how far you get.

Unlike other parts of the body, the brain burns its 400 calories at a steady rate no matter what you are doing. Hard thinking doesn’t help you slim. In fact, it doesn’t seem to confer any benefit at all. An academic at the University of California at Irvine named Richard Haier used positron emission tomography scanners to find that the hardest-working brains are usually the least productive. The most efficient brains, he found, were those that could solve a task quickly and then go into a kind of standby mode.

For all its powers, nothing about your brain is distinctively human. We use exactly the same components – neurons, axons, ganglia and so on – as a dog or hamster. Whales and elephants have much larger brains than we have, though of course they also have much larger bodies. But even a mouse scaled up to the size of a human would have a brain just as big, and many birds would do even better. It also turns out that the human brain is a little less imposing than we had long assumed. For years, it was written that it has a hundred billion nerve cells, or neurons, but a careful assessment by the Brazilian neuroscientist Suzana Herculano-Houzel in 2015 found that the number is more like eighty-six billion – a pretty substantial demotion.

Neurons are not like other cells, which are typically compact and spherical. Neurons are long and stringy, the better to pass on electrical signals from one to another. The main strand of a neuron is called an axon. At its terminal end, it splits into branchlike extensions called dendrites – as many of 400,000 of them. The tiny space between nerve cell endings is called a synapse. Each neuron connects with thousands of other neurons, giving trillions and trillions of connections – as many connections ‘in a single cubic centimetre of brain tissue as there are stars in the Milky Way’ to quote the neuroscientist David Eagleman. It is in all that complex synaptic entanglement that our intelligence lies, not in the number of neurons, as was once thought.

What is surely most curious and extraordinary about our brain is how largely unnecessary it is. To survive on Earth, you don’t need to be able to write music or engage in philosophy – you really only need to be able to out-think a quadruped – so why have we invested so much energy and risk in producing mental capacity that we don’t really need? That is just one of the many things about your brain that your brain won’t tell you.

∗ I am much indebted to Dr Magnus Bordewich, director of research in the Department of Computer Science at Durham University, for some of these calculations.

#1 Sunday Times bestseller in both hardback and paperback, this head-to-toe tour of the marvel that is the human body is as compulsively readable as it is comprehensive. Bryson at his very best, it is a must-read owner's manual for everybody.