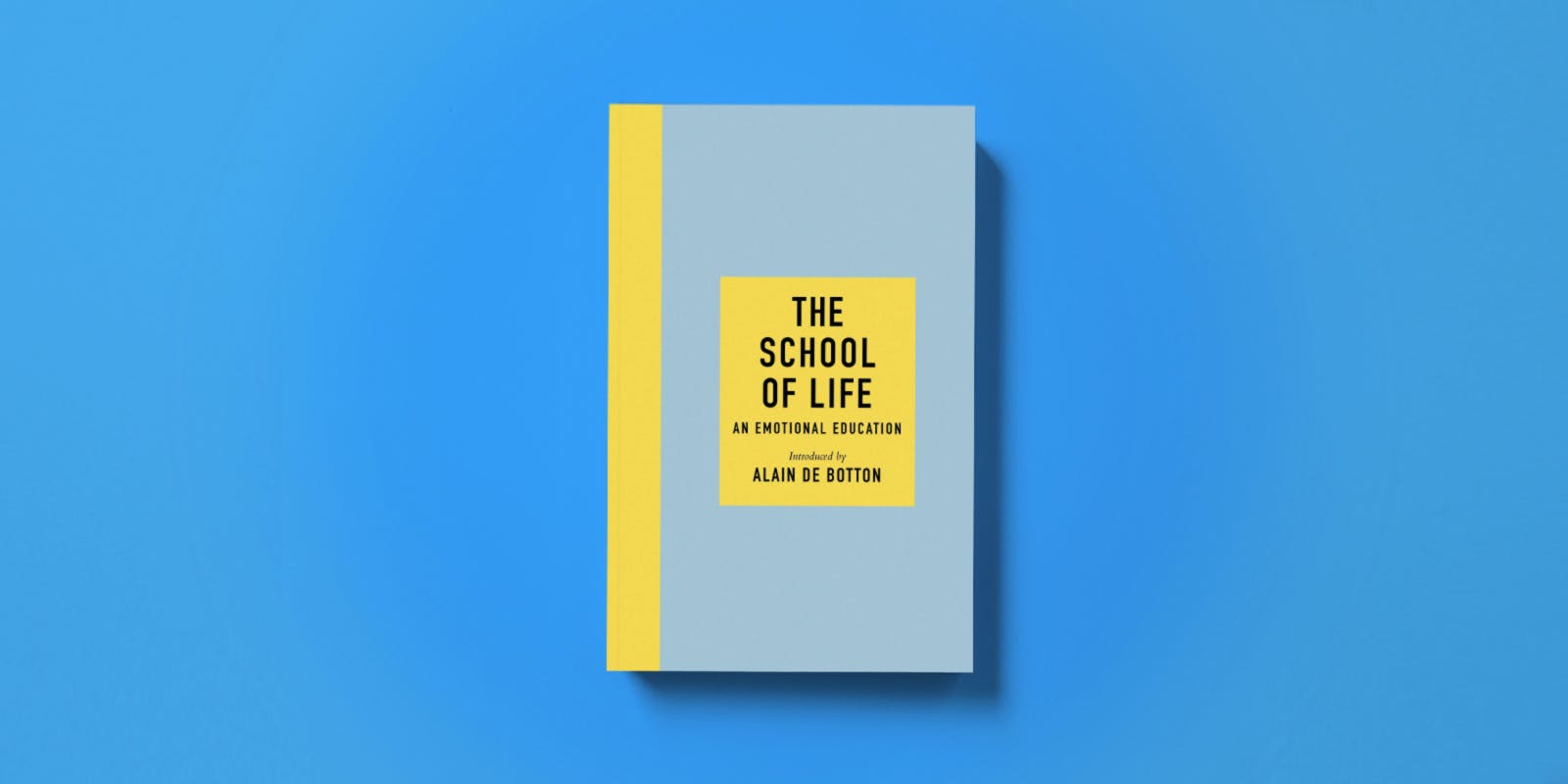 In The School of Life Alain de Botton explores a skillset essential to our modern lives.

‘[It] is distinctive just how selective we are about the topics we deem it possible to educate ourselves in,’ de Botton writes in the book’s introduction. ‘Our energies are overwhelmingly directed towards material, scientific and technical subjects – and away from psychological and emotional ones. Much anxiety surrounds the question of how good the next generation will be at maths; very little around their abilities at marriage or kindness. We devote inordinate hours to learning about tectonic plates and cloud formations, and relatively few fathoming shame and rage.’

The School of Life is what de Botton describes as a ‘modest attempt to try to save us a bit of time’, in transmitting the emotional wisdom we require to successfully navigate life. In the passage below, he introduces the concept of emotional intelligence, and touches on the weightiness of the ultimate ‘soft’ skill of the twenty-first century.

Emotional intelligence remains a peculiar-sounding term, because we are wedded to thinking of intelligence as a unitary capacity, rather than what it actually is: a catch-all word for what is in fact a range of skills directed at a number of different challenges. There is mathematical intelligence and culinary intelligence, intelligence around literature and intelligence towards animals. What is certain is that there is no such thing as an intelligent person per se – and probably no entirely dumb one either. We are all astonishingly capable of messing up our lives, whatever the prestige of our university degrees, and are never beyond making a sincere contribution, however unorthodox our qualifications.

Sustained shortfalls in emotional intelligence are, sadly, no minor matter. There are few catastrophes, in our own lives or in those of nations, that do not ultimately have their origins in emotional ignorance.

From The Space Between: 29 things we wish we could have told ourselves on the final day of university.

The world’s leading expert on habit formation shows you how to build a better life, by starting small.

From The Resilience Project, four simple strategies to reclaim your attention and look up.

Need a little help navigating the pitfalls of modern living? There are philosophers for that.