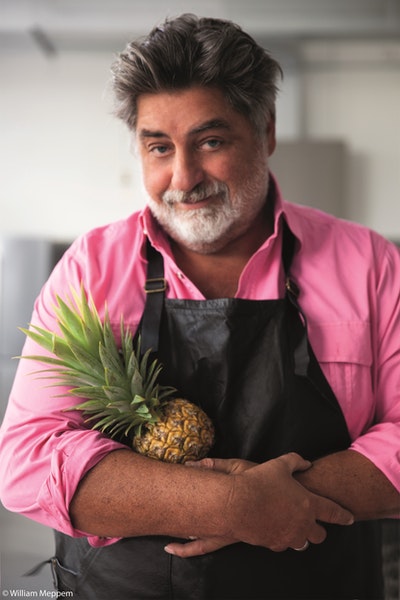 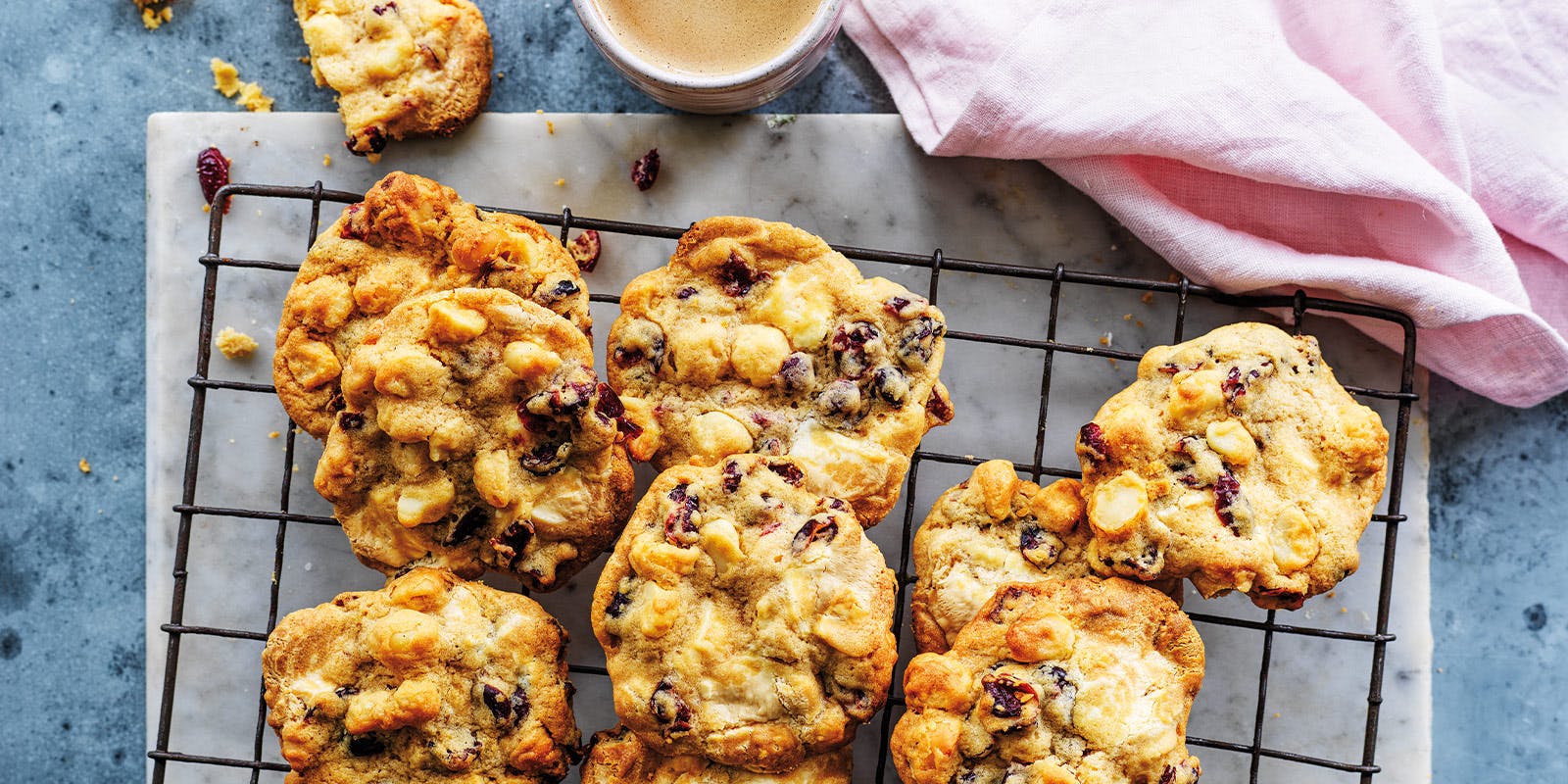 Myth
This is the world’s best biscuit.

Now, as a former founding secretary of ABAS – the Australian Biscuit Appreciation Society – and a former Bangladeshi Biscuit Baron – yes, I had my own range of biscuits in that country! – I know a bit about biscuits. And while Sweden’s Dinkel-cookies, Chinese almond cookies, Tim Tams, Romany Creams (the more PC name for what were once known as Gypsy Creams, but with a chocolate cream filling), handmade Monte Carlos, caramel-filled Argentine alfajores, crisp Dutch speculaas, German cinnamon zimtsterne, Greek kourabiethes and melomakarona, Scottish shortbread, Mexican ginger pig-shaped marranitos and Britain’s Chocolate Hobnob all hold important positions in the Biscuit Hall of Fame, it was a biscuit developed at the end of 2019 that has taken my crown for the best biscuit in the world.

It is based on a chocolate chip cookie, so this obviously gives it a head start, but by upping the ratio of chocolate and adding nuts and fruit we take the CCC to another level.

Here, it’s less about the cookie dough and all about the chewy craisins and golden toasted macadamias, but it still has just enough biscuit crumbs to make it a pleasure to hoover them up after. And the only way you can disprove this claim to the best biscuit crown is to bake it and find out for yourself.

Sift the flour, salt and baking powder into a bowl. Use electric beaters to beat the butter, brown sugars and caster sugar in a bowl until pale and creamy. Add the water, vanilla and egg and beat until well combined. Beat in the flour mixture until just combined. Transfer to a very large bowl.

Stir in the chocolate chunks, macadamia and dried cranberries until well combined. With this amount of chunks it will be very thick and heavy – think of the dough merely as mortar to bind them. The mixture should come away from the sides of the bowl and form a ball. If the mixture is sticky, add a little more flour.

Drop heaped dessert spoonful sized balls of the mixture, well-spaced, onto the lined trays or until you have enough balls for the number of biscuits you want (see Tip). Bake for 10–12 minutes or until almost golden. Set aside on the tray to cool slightly before transferring to a wire rack to cool completely. Reserve some and enjoy the rest right now!

Tip
I like to split this batch of dough into a couple of bakes. Scrape any excess dough together and form into a thick (5 cm or so) sausage. Wrap in baking paper, twist the ends and pop into a labelled freezer bag. Store in the freezer until needed. When you want to cook them, slice the dough sausage into 1–2 cm thick slices using a serrated or bread knife and place on a baking sheet, well spaced. Bake for 10–15 minutes or until golden. Rest on a rack to cool before serving. It's best to only bake as many biscuits as you need at once – these CCC will siren-call to you from the biscuit tin in the middle of the night if you bake extra!

Cook up delicious food from around the world right in your kitchen, with Matt as your wise and entertaining guide.

A delicious dish that can be whipped up in just minutes.

This flavourful salsa makes an excellent topping for a huge variety of meat and vegetable dishes – a true all-rounder.

Fried cheese is one of life’s greatest pleasures, and having experienced many of them, I feel confident saying so.

I developed a habit of eating the entire shrimp when I was a kid.

This delightful recipe from Maggie Beer's Summer Harvest Recipes is sure to delight your guests.

I just can’t cook without a good stock, and a chook stock is the one I use most of all.

A scrumptious winter favourite, perfect for the whole family.