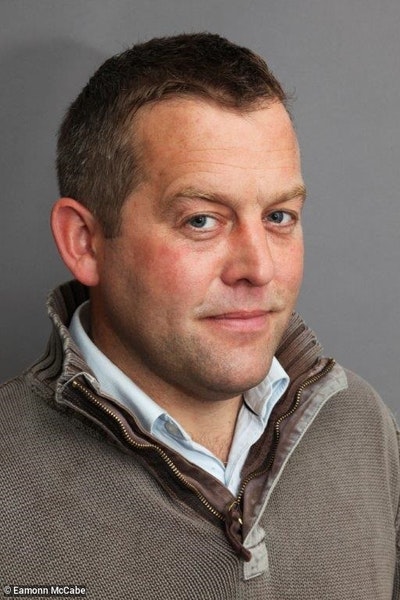 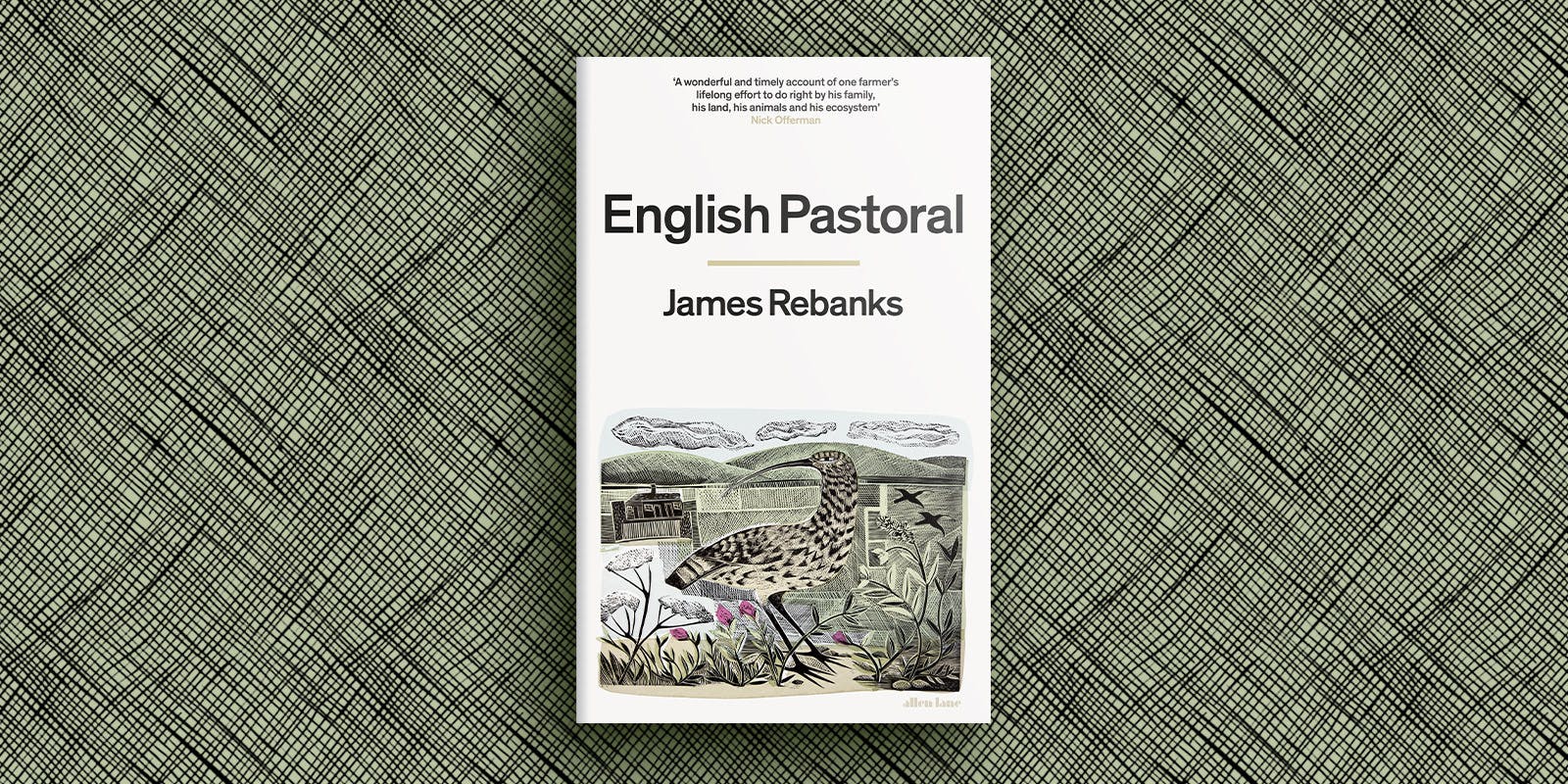 What’s the appeal of the pastoral life?
We have been idealising pastoral, or rural, life for thousands of years... It is a key strand in some of the oldest stories and books we have. Basically there has always been two major currents of civilisation, one that says moving to the town and escaping from the drudgery of working on the land is to be civilised, and another that perhaps we lose something and become corrupted, or lose ourselves, when we step away from the land. The great civilisations all had this tension at their heart, take the Roman Empire for example, writers like Virgil argued that Roman life was becoming corrupted by urban life and through losing contact with humble things like simply farming the land. Fast forward two thousand years to the Industrial Age and the same thing was being discussed in the British Empire, where we seemed to gain the world through industrialisation, but somehow lose our souls and our quality of life to those dark satanic mills. It is a question that will never go away: are we meant to live surrounded by and engaged in nature? Or are we creatures destined to climb out of such a primeval condition and someday live among the stars? Personally, despite being aware that pastoral is often idealised in ways that are silly and incomplete, I think a good life, and a sensible society, is always rooted in elemental simple natural things.

I’m on Virgil’s side.

I wouldn’t get on the spaceship.

But the general thrust of our civilisation says that disconnection from nature and farming is ‘progress’, so I am swimming against the tide.

Can you tell us about the notion of land as ‘inheritance’?
My land is very practically an inheritance – my dad died five years ago and left most of the farm to me to carry on and hand on to my children. This is, of course, a very European parochial way of thinking about land, and would have been quite alien to many first peoples, like those in Australia before it was colonised, but it is our truth and it shapes everything about my life as a farmer.

My people lived and worked here for over 600 years, so it feels like the land in its current form is the creation of my people over many centuries. It feels personal, like I am a tiny link in a very long chain of farmers. And when I travel to places like West Australia to experience the farming there I am both fascinated by and admiring of their blank canvas industrial farming focus, and slightly perplexed by it at the same time. Our farming is constrained by ten thousand years of landscape history, and my ability to change things is heavily constrained by that. British people really don’t want their historic landscapes cleared away and replaced by a New World form of farming. Just think back to the opening of the 2012 Olympics – our national myth is of a ‘green and pleasant land’, of patchworks of small fields and thatched cottages.

Greatest lesson you learned from your elders?
That I don’t matter very much, and neither do you. We are only here a little while, and frankly a life lived only for yourself is to me neither very fulfilling nor very meaningful. I am from an old world communitarian tradition that is about ‘us’ and ‘we’ not ‘me’ and ‘I’. I believe in constrained freedoms and being part of a society, both of the here and now, but also of one that stretches back into the deep past, and into the far future.

The Australian poet Oodgeroo Noonuccal captured this best when she wrote ‘this accidental present is not the all of me’. I feel that deeply. She was right, and our hyper individualised and fragmented way of living and thinking is at the root of our greatest problems. If you aren’t going to think about where your food comes from and how it is produced, then who is?

Greatest lesson you’ve learned from the land?
That I don’t matter very much, and neither do you. The world long pre dates us and will long outlast us. And we’d be wise to reign in our insatiable appetites and try to live sensibly and modestly on the land which we call home. I am trying to farm in ways that our land likes, rather than fighting it.

Can you describe the Swedish concept of ‘Jantelagen’, and how that relates to farmers and their relationships?
I suspect this has no meaning for many modern Australian farmers – but Jantelagen is basically the cultural value system of the far north-western bit of Europe. It was named by a writer, but the thing itself is as old as history. It is basically the idea of radical egalitarianism – or, in plain speak, the idea that everyone is, and must remain, equal in rough working-class communities. It is like the opposite idea to ‘class’. I think Australians have something like it, when you celebrate your modest immigrant or convict origins, and despise the jobsworth middle class Englishmen who once lorded it over you. Most Australians would be irritated by anyone that thought they were a cut above them, and that is what Jantelagen forbids. It is often seen as narrow minded provincialism – holding back bright boys and girls who go on to be dazzling individuals and then in their memoirs they rail against the small-mindedness of their childhood communities. But I prefer to see it as often a good thing, because small communities in tough places haven’t room for individualism and hierarchy – they are based on trading individual freedom for practical cooperation and mutual respect. You can’t get too big for your boots, because you need the people around you when the going gets tough. I grew up in such a community. And I hate being lauded for my books, I am just a writer telling a story that is like most people’s story here – it is, as my Australian writer friend Richard Flanagan once told me, just like being a painter or decorator, you do your job and then get on with the next job, it shouldn’t be overly lionised. I hate celebrity culture like that – it is really a way of legitimising gross inequality and persuading forgotten people to settle in their harnesses with improbable dreams of wealth and fame. I’d rather live in a society that respected people that work and do humble things like caring for the sick and the elderly.

What role(s) do you see farmers playing in environmental restoration?
I think they should own this. Listen very carefully to the problems and the challenges and then be at the forefront of solving them. In Britain 75% of the land is farmed, so no widespread land-based problems can be solved without having farmers doing the mending and changing.

Something others may find surprising about a shepherd’s work?
Barely anyone until recently has understood soil microbiology and maximising photosynthesis with grasses – I find that rather remarkable, because shepherds and farmers live or die by their management of grass and soil. And we are now learning that we knew very little about these vital things.

Did the success of The Shepherd’s Life surprise you? Why or why not?
No. I dreamt since I was maybe 17 that I would be a writer and lots of people would read my stuff. I thought that’s what being a writer was and that it would someday happen to me. In my 30s doubt crept in, but my wife believed in me and believed someday we would crack it too, and when I was 40 The Shepherd’s Life was sold at auction for a good advance because a bunch of good publishing people believed it would be a bestseller. And then it did happen. It is perhaps only years later I realise how lucky and privileged I was to experience that – since then I have seen many talented writers write great books and not sell many copies, and I realise I ought to have been more nervous, there was nothing inevitable about it.

You have a huge Twitter following. What has this taught you?
That a great many people, perhaps most people, care deeply about farming, food and the environment, but that modern industrial life has put us all in to such specialised professional silos that barely anyone has a wide and general understanding of the importance of good farming that is sustainable and which takes place in biodiverse landscapes. And as a result there is a great hunger to reconnect with it, to answer both their personal ethical questions but also to answer the big political questions of our age.

What do you hope readers will take away from English Pastoral?
I hope that readers will understand what happened to farming more clearly, and be stimulated to think about what kind of farming they want. In my more wild and optimistic moods I hope that it will inspire lots of people to mobilise politically and personally to value and support good farming to change things.

The moving story of how, in just three generations, an ancient way of life was lost - as witnessed from the fields of a small Lake District farm