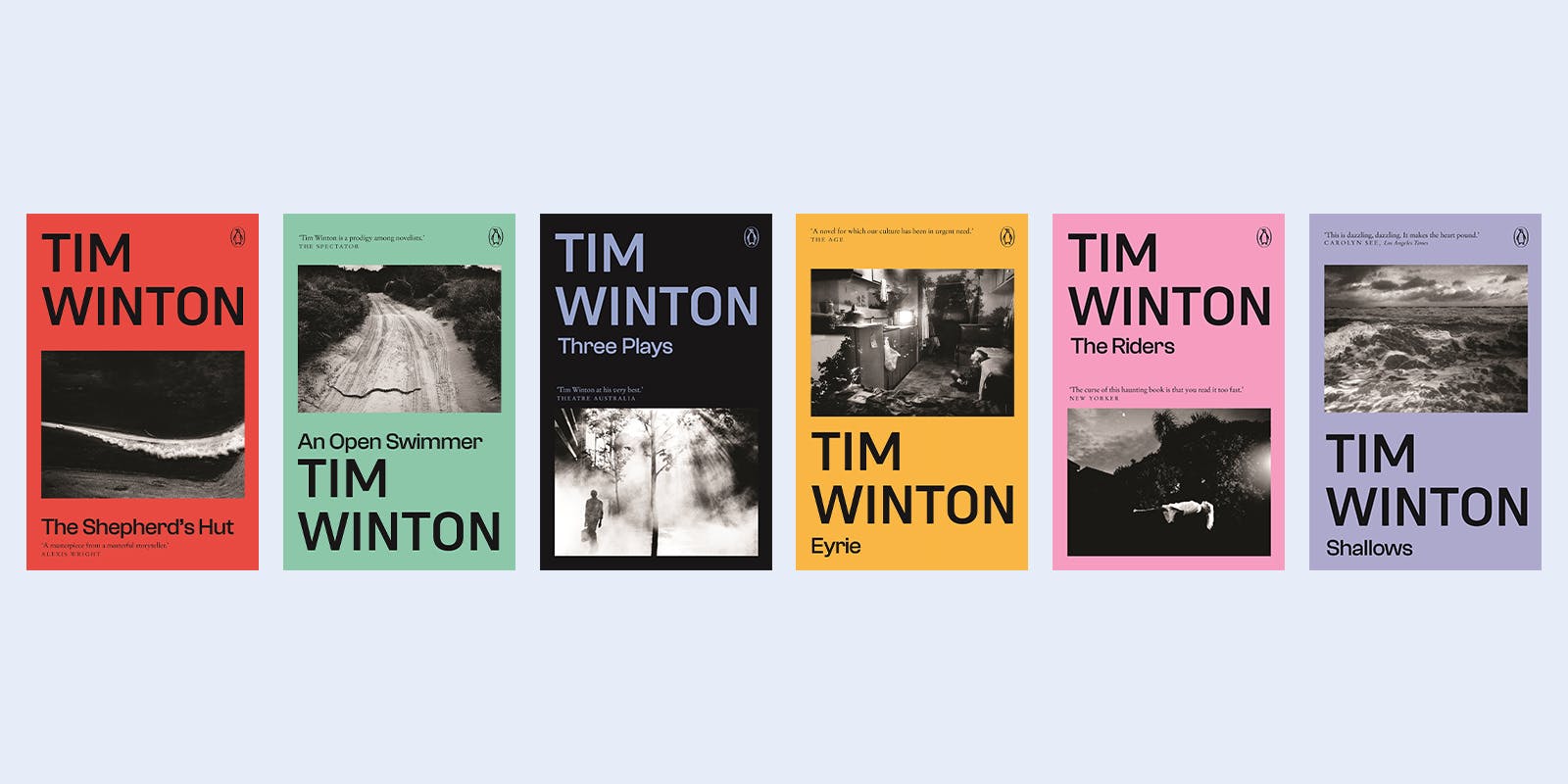 Penguin Random House (PRH) is delighted to unveil the next six titles in the anniversary collection of Tim Winton’s back catalogue; Eyrie, The Shepherd’s Hut, An Open Swimmer, The Riders, Shallows, and Three Plays (a collection of plays previously individually published as Rising Water, Signs of Life and Shrine). This is the second instalment in the Tim Winton anniversary collection to hit the bookshelves, following on from the first six titles released in January 2022 consisting of Cloudstreet, Breath, Blueback, Dirt Music, That Eye, the Sky and In the Winter Dark. The third and final instalment will be released in early 2023.

The release of Tim Winton's entire adult back catalogue by Penguin Random House Australia in 2022-23 honours the 40-year career of one of Australia's finest writers, essayists and novelists.

Each of the 18 Tim Winton titles in the anniversary collection features vibrant new cover designs by Josh Durham centred around a haunting black and white image shot by award-winning, internationally acclaimed Australian photographer Trent Parke. Originally from Newcastle, Trent has been behind a camera since he was 12 years old and began his early career as a press photographer (covering Australian cricket tours and working for The Australian and Sydney Morning Herald) before becoming known for his evocative, poetic documentary style of street and fine art photography. His photographs hang in private and public galleries around the world, and he is the first Australian photographer to be represented by prestige agency Magnum Photos.

Tim says: ‘I’m in awe of Trent’s work.  Once you encounter it, you know you’re seeing a distinctive artist at work.  You can’t mistake his images for anyone else’s. There’s a mystery there, a kind of poised menace, but wildness too, even in his urban scenes (maybe especially in his urban scenes!) He’s not one of those photographers who’s sucking up, pandering to the viewer or the critic.  He’s inviting you in but trusting you to step up and engage with the dance between the dark and the light. So I’m delighted he’s let us do this.’

Winton was 21 when he won The Australian/Vogel Award for what would become his debut novel, An Open Swimmer, published in 1982. Since then, he has written another 28 books for adults, teens and children and his books have been published in 28 languages around the world. He has won numerous literary awards for his fiction including the Miles Franklin four times, and been shortlisted for many more, including the Booker Prize twice. Tim is also an Ambassador for 12 Buckets, Jubilee Australia, Street Library Australia, and is the patron of the Australian Marine Conservation Society.