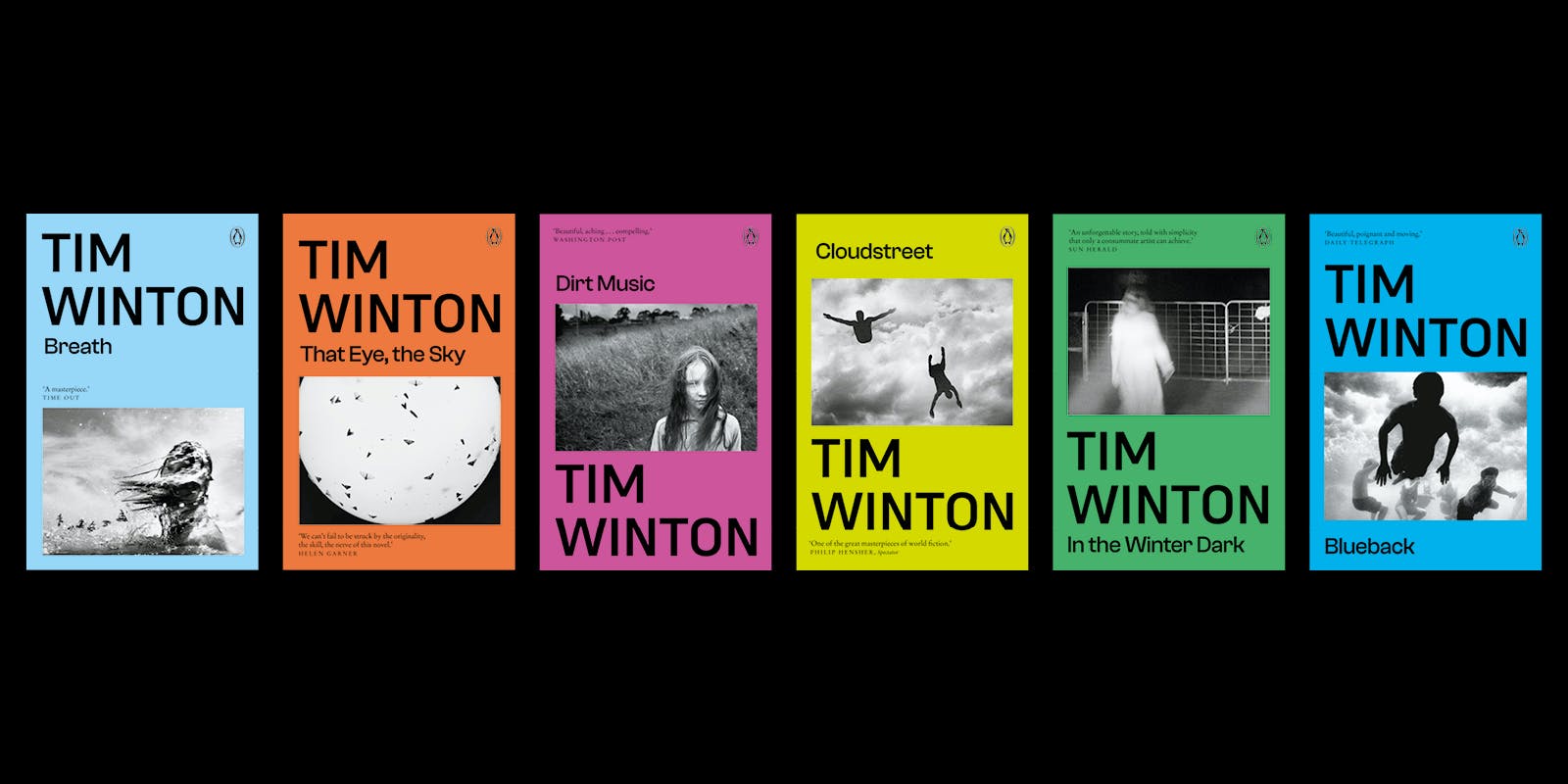 We're thrilled to announce plans to re-release 18 titles from renowned author Tim Winton as we celebrate 40 years of his publishing career.

From the earliest novels and collections of stories and plays to the more recent novels and non-fiction, all will feature new book covers that give his extensive backlist a uniform livery.

We have enlisted multi-award-winning designer Josh Durham to execute a stunning new creative direction featuring the photography of Trent Parke, one of Australia's most innovative photographers renowned for his darkly poetic imagery.

The ambitious rejacketing project is being curated under the discerning eye of Nikki Christer, Penguin Random House Australia Publisher-at-Large, who first worked with Winton on The Riders and Dirt Music.

'It's always a challenge to achieve a cohesive cover design that works across a collection of titles, especially when they range so widely in terms of theme, style and even format,' Christer says.

'It has been a joy and a privilege reimagining the look for Tim Winton's oeuvre to complement the powerful mastery of his writing and the lyrical beauty and grace of his storytelling.

'Tim has chosen black and white images by Trent Parke that perfectly evoke the wild freedom and brutal savagery of the internal and external landscapes he writes about with such humour and wisdom in his novels, essays and plays.

'These edgy images pop against Josh Durham's bold use of colour and restrained design and the overall effect is stunning. We hope the new covers appeal to Tim's legion of fans who may want to add to their collection and attract new readers who haven't previously picked up his books.'

We will be releasing the rejacketed Winton Classics in three instalments starting this summer, with the first six due to be released on 5 January 2022.

The first release will include Cloudstreet, Breath, Blueback, Dirt Music, That Eye, the Sky and In the Winter Dark.

The second instalment will be published in August 2022 to coincide with the 40th anniversary of Winton's debut novel, An Open Swimmer, which won the 1981 Australian Vogel Award. The instalment will also include Eyrie, The Shepherd's Hut, The Riders, Shallows and his upcoming book Three Plays.

In the four decades since his first novel won the Australian Vogel Award, Winton has been heralded as one of Australia's most critically acclaimed and bestselling authors.

He has written 29 books, which have sold more than two million copies and never been out of print.