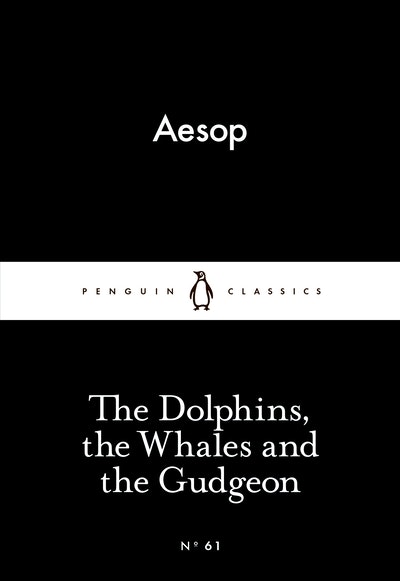 The Dolphins, The Whales And The Gudgeon 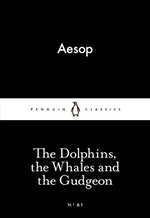 Composed by a slave in Greek antiquity, some of the most ancient, sharp-witted and mysterious stories ever told.

'An ass, clothed in the skin of a lion...'
Aesop's animal fables are some of the earliest stories ever told, thought to have been composed by a slave in Greek antiquity and giving glimpses of a world that is harsh, pitiless and yet also eerily familiar.

Introducing Little Black Classics: 80 books for Penguin's 80th birthday. Little Black Classics celebrate the huge range and diversity of Penguin Classics, with books from around the world and across many centuries. They take us from a balloon ride over Victorian London to a garden of blossom in Japan, from Tierra del Fuego to 16th century California and the Russian steppe. Here are stories lyrical and savage; poems epic and intimate; essays satirical and inspirational; and ideas that have shaped the lives of millions

Aesop is believed to have lived in 6th century BC. Aesop's The Complete Fables is available in Penguin Classics.