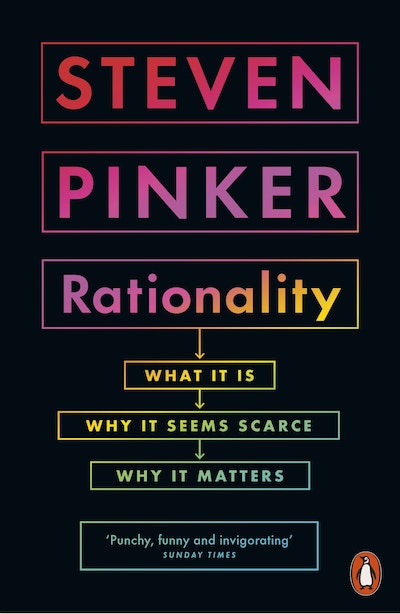 What It Is, Why It Seems Scarce, Why It Matters

A user's guide to rationality during an epidemic of unreason

In the twenty-first century, humanity is reaching new heights of scientific understanding - and at the same time appears to be losing its mind. How can a species that discovered vaccines for Covid-19 in less than a year produce so much fake news, quack cures and conspiracy theorizing?

In Rationality, Pinker rejects the cynical cliché that humans are simply an irrational species - cavemen out of time fatally cursed with biases, fallacies and illusions. After all, we discovered the laws of nature, lengthened and enriched our lives and set the benchmarks for rationality itself. Instead, he explains, we think in ways that suit the low-tech contexts in which we spend most of our lives, but fail to take advantage of the powerful tools of reasoning we have built up over millennia: logic, critical thinking, probability, causal inference, and decision-making under uncertainty. These tools are not a standard part of our educational curricula, and have never been presented clearly and entertainingly in a single book - until now.

Rationality matters. It leads to better choices in our lives and in the public sphere, and is the ultimate driver of social justice and moral progress. Brimming with insight and humour, Rationality will enlighten, inspire and empower.

Steven Pinker is an experimental cognitive scientist. Currently Johnstone Professor of Psychology at Harvard, he has also taught at Stanford and MIT. He has won many prizes for his research, teaching, and his eleven books, including The Language Instinct, How the Mind Works, The Blank Slate, The Better Angels of Our Nature, and Enlightenment Now. He is a member of the National Academy of Sciences, a two-time Pulitzer Prize finalist, a Humanist of the Year, a recipient of nine honorary doctorates, one of Foreign Policy's 'World's Top 100 Public Intellectuals' and Time's '100 Most Influential People in the World Today'. 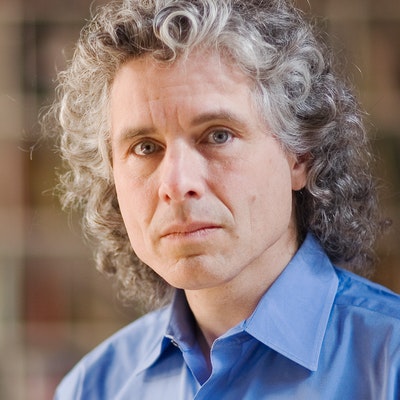 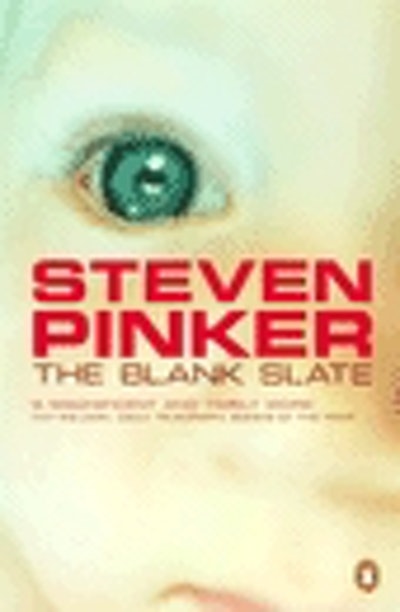 A reader-friendly primer in better thinking through the cultivation of that rarest of rarities: a sound argument.

Steven Pinker is among the best science writers in history, and with Rationality he applies his talents to one of the most important and misunderstood human abilities - tracking reality with a brain that was designed to do so under some circumstances but not others. If you've ever considered taking drugs to make yourself smarter, read Rationality instead. It's cheaper, more entertaining, and more effective.

Jonathan Haidt, NYU-Stern School of Business and author of The Righteous Mind

Rationality is a terrific book, much-needed for our time. In addition to drawing together the tools for overcoming obstacles to rational thinking, Pinker breaks new ground with the evidence he provides linking rationality and moral progress.

Steven Pinker is the high priest of rationalism ... [This book] is an impassioned and zippy introduction to the tools of rational thought ... Pinker wants probability theory and psychological biases to be taught in schools and universities. Punchy, funny and invigorating, this could be the textbook.

Almost every sentence in Rationality is crisp and intelligible, which is quite a feat, given that explaining logic to humans is like teaching them Sanskrit. Pinker suggests various ways to run our collective affairs more rationally.

The Enlightenment torchbearer is eloquent in his defence of clear thinking ... [reason] is a tool that human beings have to learn to use with care, something this book will help any reader to do.

Rationality ­- like all of Pinker's work - [is] a paen to human potential... what Pinker really trades in are profoundly refreshing, energising sets of explanations for why we do and think the way we do ... harnessing reason is not just useful in all kinds of ways both personal and universal, but a wondrous property of being human.