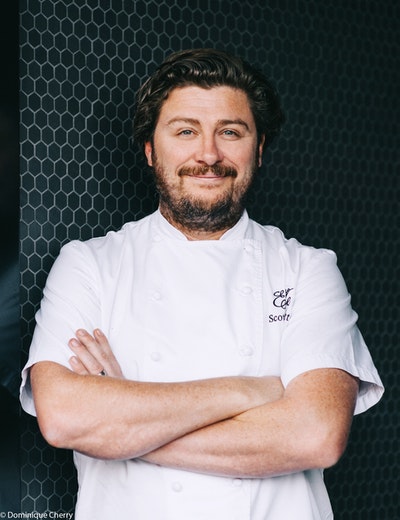 Scott Pickett grew up in South Australia, a region famous for the diversity and quality of its produce. Following his early training days, his respect for the classics and understanding of seasonality drew him to Europe, where he honed his skills in some of the most rigorous Michelin-starred kitchens of London in the late '90s. Today, Scott's highly acclaimed restaurants include Estelle Bistro, Saint Crispin, Pickett's Deli & Rotisserie and Matilda. Marriage of Flavours is his second book.

Scott Pickett, a chef renowned for his mastery of incredible flavour combinations, shares 80 recipes for beautifully balanced, flavour-driven dishes that celebrate Australian produce through the seasons – and the secrets that make them so successful.

Be the first to find out about Scott Pickett.