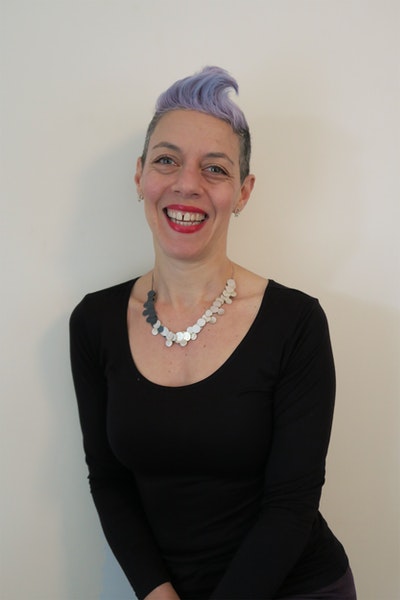 Nicki Greenberg is a writer and illustrator based in Melbourne, Australia. Her first books, The Digits series, were published when she was fifteen years old. She later spent ten years disguised as a lawyer, while maintaining a not-so-secret Other Life as a comics artist and children’s book author. In 2008, Nicki’s innovative graphic adaptation of The Great Gatsby was selected as a White Raven at the Bologna Book Fair. She then went on to tackle Hamlet in a lavish 425-page ‘staging on the page’. Hamlet was joint winner of the 2011 Children’s Book Council of Australia Picture Book of the Year award. Nicki now dedicates most of her ink to books for younger readers and has written and illustrated many exuberant picture books. Her favourite activity is making books, but when she does manage to tear herself away from the desk Nicki loves to rollerskate and crochet bizarre sea creatures. Nicki is a frequent presenter at schools, festivals and conferences, where her speaking style is described as passionate, engaging and full of energy. 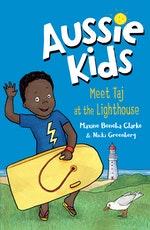 Aussie Kids is an exciting new series for emerging readers 6-8 years. From a NSW Zoo to a Victorian lighthouse, or an outback sheep farm in WA to a beach in QLD, this junior fiction series celebrates stories about children living in unique places in every state in Australia. 8 characters, 8 stories, 8 authors and illustrators from all 8 states and territories! Come on an adventure with Aussie Kids and meet Taj from Victoria.

Be the first to find out about Nicki Greenberg.