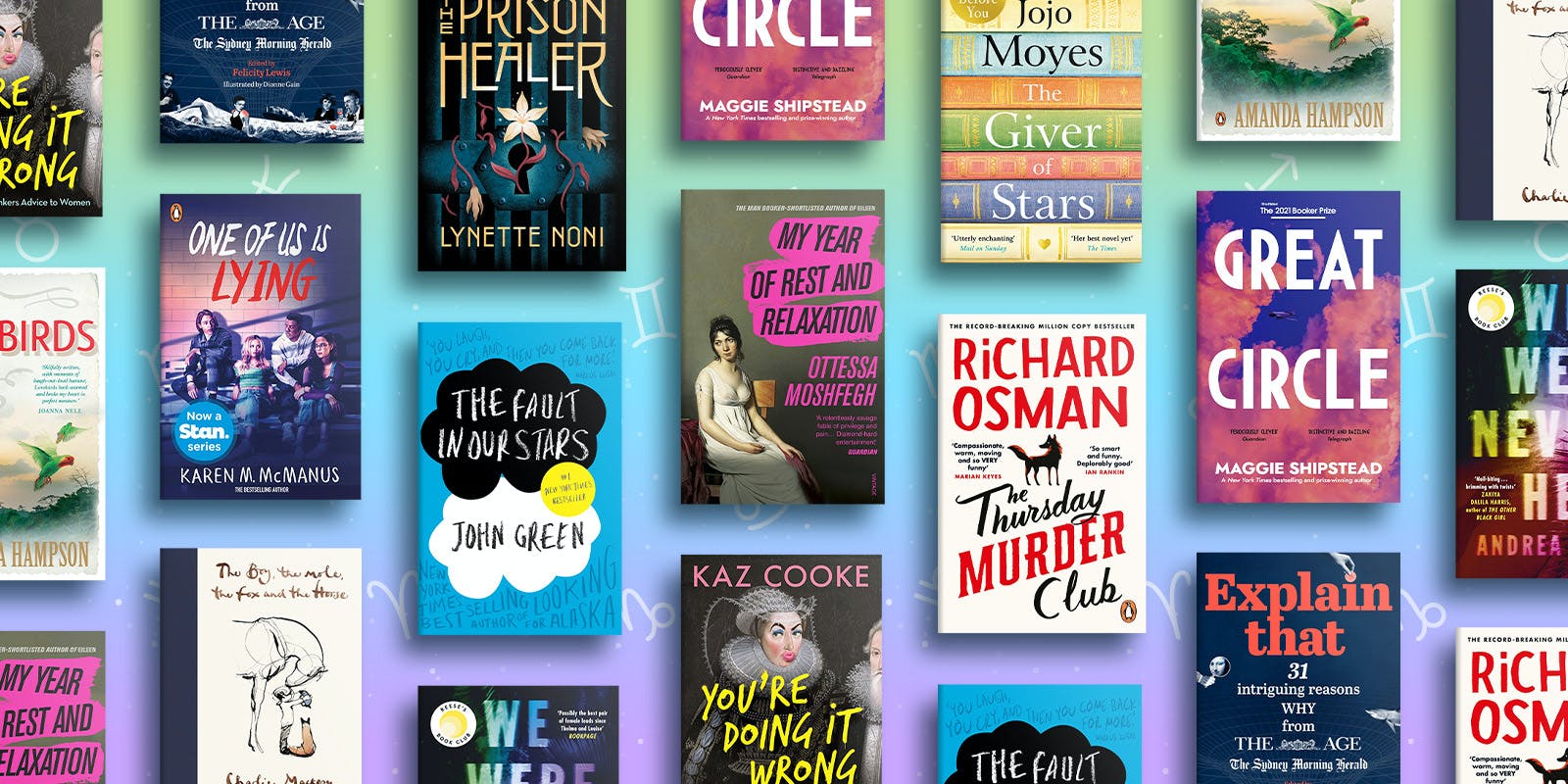 What you should read next could be written in the stars.

Whether you’re a stubborn Taurus, sensitive Cancer or impulsive Aries, let your personality traits decide what story should be your next escape.

Below are our recommendations for what you should read based on your star sign.

This suspenseful thriller about two best friends will have Ariens on the edge of their seats.

Emily is on holiday with her best friend, Kristen, in the stunning mountains of Chile. It's heaven on earth — until, on the last night of the trip, Emily enters their hotel suite to find it covered in blood.

Emily then starts to question just how well she really knows her best friend.

With two dominant female characters, Ariens who are courageous, determined and confident will see their own strengths in the leads, and maybe even some of their flaws.

Taureans are reliable, patient, responsible, stable and loyal, but everyone knows they are also rather stubborn, uncompromising and possessive.

With that in mind, the perfect Taurean read is My Year of Rest and Relaxation, a deliciously dark satire on modern privilege.

The narrator of the story seems to have it all — she’s a recent Columbia graduate who lives in an apartment on the Upper East Side of Manhattan paid for by her inheritance. But there is a vacuum at the heart of things, and it isn’t just the loss of her parents in college, or the way her Wall Street boyfriend treats her, or her sadomasochistic relationship with her alleged best friend.

Being of a curious mind, a Gemini will be gripped unravelling this thriller that centres around a group of high school students.

Outsider Simon, creator of the notorious gossip app at Bayview High, won't ever talk about any of them again.

He dies 24 hours before he could post their deepest secrets online. Investigators conclude it's no accident. All of them are suspects.

Everyone has secrets, right?

What really matters is how far you'll go to protect them.

With Cancerians known as one of the more emotional, sympathetic, loyal and sensitive zodiac signs, The Fault in Our Stars will stir up all the feels.

Insightful, bold, irreverent, and raw, The Fault in Our Stars is award-winning author John Green's most ambitious and heartbreaking work yet, brilliantly exploring the funny, thrilling, and tragic business of being alive and in love.

The Thursday Murder Club will appeal to the creative, warm-hearted, cheerful and humorous sides of a Leo.

The witty murder mystery is centred around a retirement village where four unlikely friends meet up once a week to investigate unsolved murders.

But when a brutal killing takes place on their very doorstep, the Thursday Murder Club find themselves in the middle of their first live case.

A hilarious read that Leos are sure to devour.

With Virgos known for being analytical, hardworking and practical, a non-fiction book that teaches you something new could be a perfect choice.

Explain That answers our most burning age-old questions, like whether or not love at first sight exists, where the Australian accent comes from and what is the point of table manners.

Thoroughly researched and eloquently set out by some of Australia’s finest journalists, it provides nourishment for curious minds and fun facts to share with friends and family.

Being honest, peace-loving and harmonious, Libras should not pass up a story about lost loves finding each other again.

Lovebirds is a poignant story that will both warm and break your heart.

In their youth, lovebirds Elizabeth and Ray had to fight to be together. Their future was full of promise and, blessed with children and careers, their happiness complete. But a twist of fate changed their lives forever.

Now in her sixties, Elizabeth is desperately lonely, but when her grandson, Zach, gets into trouble with the police, she decides to take him on a road trip to find his grandfather, her lost love Ray, in the hope of mending their broken family.

Scorpios are fierce, so it’s only fitting to have a brave, passionate and stubborn character at the forefront of their perfect book.

Great Circle is a monumentally powerful epic that weaves together the astonishing lives of a daredevil female aviator, and the Hollywood rebel who will play her on screen.

Sagittarius (November 22 to December 21) - The Boy, the Mole, The Fox and the Horse by Charlie Mackesy

Courageous, generous and kind-hearted, the Sagittarius will devour a book where a character is confident in who they are or on a journey to discover themselves.

The Boy, The Mole, The Fox and The Horse will offer hope and inspiration to an already idealistic Sagittarius.

Centred around a curious boy, a greedy mole, a wary fox and a wise horse, the unlikely friends share kindness, hope, friendship and love as well as their greatest fears and vulnerabilities.

Their adventures teach important life lessons relevant to readers of all ages.

Capricorns are known for their determination and ambition, much like Alice Wright, the main character in The Giver of Stars.

Stifled and restless, Alice makes an impulsive decision to marry a wealthy American and leave her home and family behind in England.

She soon discovers her husband favours work over her and it was not the adventure or escape that she hoped for.

That is, until she meets Margery, a troublesome woman and daughter of a notorious felon the town wishes to forget.

Margery's on a mission to spread the wonder of books and reading to the poor and lost — and she needs Alice's help.

Trekking alone under big open skies, through wild mountain forests, Alice, Margery and their fellow sisters of the trail discover freedom, friendship — and a life to call their own.

But when the town turns against them, will their belief in one another — and the power of the written word — be enough to save them?

Aquarius (January 20 to February 18) - You’re Doing it Wrong: A History of Bad and Bonkers advice to Women by Kaz Cooke

A laugh-out-loud look at the bonkers advice fed to women over centuries, You’re Doing it Wrong will speak to the progressive and independent traits of an Aquarius.

From lies about health, fashion, motherhood, work and relationships, Kaz Cooke uses her witty intelligence to call out exactly what’s been wrong with society.

A fantasy with a love story tied in is the perfect book match for a compassionate, artistic, intuitive and gentle Pisces.

With a desire to escape reality, a Pisces can get really lost in this dark and thrilling story.

When the Rebel Queen is captured, Kiva is charged with keeping the terminally ill woman alive long enough for her to undergo the Trial by Ordeal.

However a coded message from Kiva’s family arrives, saying: ‘Don’t let her die. We are coming.’

Kiva risks her own life to volunteer in the trial in the Rebel Queen’s place, which will grant them both their freedom if she succeeds. But no one has ever survived the Trial by Ordeal.

What to listen to based on your star sign

This is the perfect recipe not only for indoors but also for the barbecue.