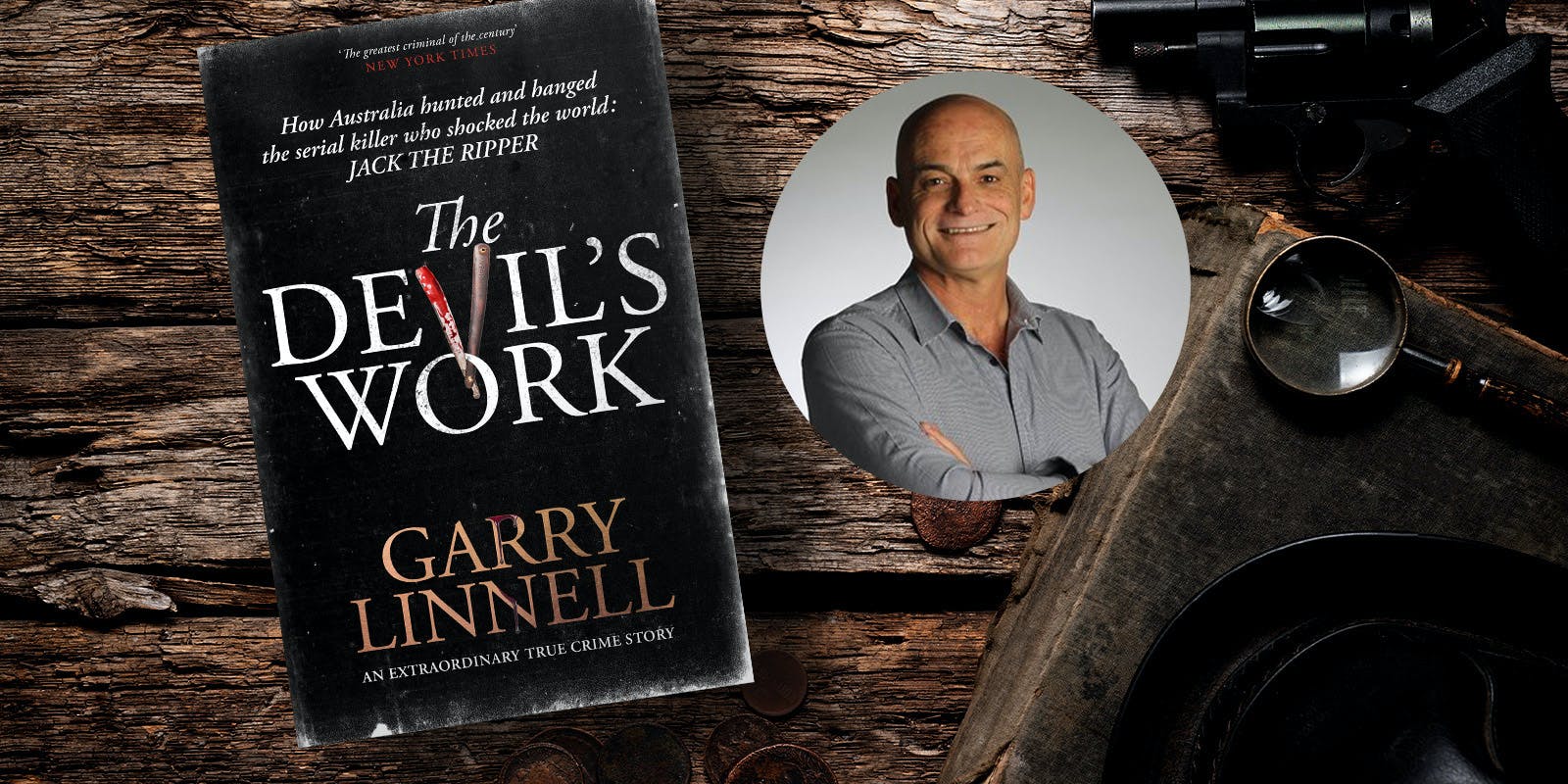 It has all the makings of a Hollywood blockbuster, but it’s an Australian true crime story that has been forgotten in history, lost in the troves of the past.

The story of Frederick Deeming, his bigamy, swindling and serial killings, could be one of the most heinous in Australian history, and it is now laid bare in the new book The Devil's Work.

Deeming, who sported an enormous moustache and went by dozens of aliases, was so notorious he became a major suspect in the notorious Jack the Ripper killings — a wickedly evil crime that captivated the world and will likely never be solved.

The story of Deeming’s killings and the supernatural beliefs that were prevalent in the 19th Century began to haunt the dreams of journalist Garry Linnell, who poured seances, killings and gothic horror onto paper to create his latest non-fiction title The Devil’s Work.

It was a story he didn’t expect to find, but when he came across Deeming and the horrors he committed while researching Australia’s second prime minister Alfred Deakin, he knew it was the one he wanted to tell.

Who is Frederick Deeming?

Deeming is a possible suspect in the Jack the Ripper killings, a notorious crime where a serial killer terrorised London, slaughtering at least five women in 1888.

However, his involvement in the murders has never been proven.

He had a long life of crime, swindling money from unsuspecting victims before murdering his first wife and four children in England in 1891, just years after the Ripper murders.

He moved to Melbourne with his second wife Emily Mather before brutally murdering her just months later.

In March 1892, her body was discovered under the fireplace in a home in Melbourne’s inner city suburb of Windsor, and Deeming was executed in May the same year.

'His trial had worldwide attention, people were besotted with it,' Linnell says.

'He was seriously being looked at as a suspect in the Jack the Ripper murders and that speaks volumes about his notoriety.

'There’s a strong chance that he was [Jack the Ripper] but we’ll never know.

'So many people have gone through this case tens of thousands of times and there’s enough to suggest it could have been Deeming.

'He was in London at the time and he was obsessed with the White Chapel killings and seemed to give hints he knew about it.'

While researching Deeming’s past and the grisly Melbourne murder of his wife, Linnell, an award-winning journalist, visited the home where Emily’s body was discovered.

Just before Christmas in 2020, Linnell knocked on the door of the renovated home in Windsor, in Melbourne’s southeast, which houses a family aware of the unimaginable horror that took place 130 years ago.

Linnell stood by the original fireplace where Emily’s body was found, telling the homeowner stories about the seances and spiritualism that obsessed many Melbourne residents at the time.

'[The homeowner] said she didn’t believe in it but said she could sense a presence in the room where Emily was killed,' Linnell says.

'I’m a non-believer — I’ve never believed in spirits and the afterlife — but when you hear a story like that it makes the hair on your neck stand up.'

The Devil’s Work is written from the perspective of New York Times correspondent Sidney Dickinson, a character Linnell fast became fascinated with.

Dickinson had rented a home in Melbourne with his wife before he started following Deeming’s trial, becoming one of the only reporters able to meet him prior to his execution.

He and Deakin, who went on to become Australia’s second prime minister, were equally fascinated in the supernatural as conflict between religion and science raged in the 19th Century.

Dickinson’s wife Marion claimed to be a spirit medium and often hosted seances as an attempt to find meaning in the world. She even claimed on one occasion spirits came through the walls.

'Many people have dismissed it and said, "It’s ridiculous, there’s no such thing as ghosts", but it doesn’t matter, it’s what they believed at the time,' Linnell says.

Deakin was also married to a woman who believed she could contact the dead and he went on to defend Deeming in his trial after the killer claimed his dead mother haunted his dreams and told him to kill.

Deeming’s claims he could communicate with his dead mother also beguiled Dickinson and his wife, who made a cast of his hand in order to read his palm while he was awaiting execution.

Deeming died on May 23, 1892, and his body was buried alongside notorious bushranger Ned Kelly in a small corner of Melbourne Gaol.

But the whereabouts of Deeming’s skeleton is now unknown after workers digging up the area in the 1920s stuffed bones into separate bags.

'We don’t quite know now where he has ended up, but he would probably enjoy the notion that his whereabouts remain unknown,' Linnell says.