Neither plant nor animal, fungi are found throughout the earth, the air and our bodies. They can be microscopic, and also account for the largest organisms ever recorded. They enabled the first life on land, can survive in space and thrive amidst nuclear radiation. In fact, nearly all life relies in some way on fungi. They are weird, wondrous and at times flabbergasting. And in Entangled Life: How Fungi Make Our Worlds, Change Our Minds and Shape Our Futures biologist (and keen fermenter) Merlin Sheldrake teases out every strand of their extraordinary stories.

‘Fungi are everywhere but they are easy to miss,’ writes Sheldrake. ‘They are inside you and around you. They sustain you and all that you depend on. As you read these words, fungi are changing the way that life happens, as they have done for more than a billion years. They are eating rock, making soil, digesting pollutants, nourishing and killing plants, surviving in space, inducing visions, producing food, making medicines, manipulating animal behaviour and influencing the composition of the Earth’s atmosphere. Fungi provide a key to understanding the planet on which we live, and the ways we think, feel and behave. Yet they live their lives largely hidden from view, and more than 90 per cent of their species remain undocumented. The more we learn about fungi, the less makes sense without them.’

Entangled Life is mind-altering adventure through the world of fungi. From the mesmerising allure of truffles to the brainwashing effects of ‘zombie fungi’, read on to discover four surprising facts. 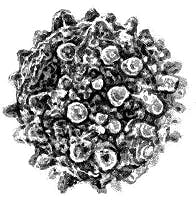 However they do it, truffles create nested layers of attraction around themselves: humans train dogs to find truffles because pigs are so attracted to them that they devour the truffles they find rather than turn them over to their minders. Restaurateurs from New York and Tokyo travel to Italy to build relationships with truffle dealers. Exporters have developed sophisticated chilled packing systems to maintain truffles at optimal conditions as they are washed, packed, hand-delivered to the airport, flown around the world, collected from the airport, carried through customs, repacked and distributed to consumers – all within forty-eight hours. Truffles, like matsutake mushrooms, must arrive fresh on a plate within two to three days of harvest. Truffles’ aromas are made in an active process by living, metabolising cells. A truffle’s odour increases as its spores develop, and its aroma ceases when its cells die. You can’t dry a truffle and expect to taste it later, as you can with some types of mushroom. They are chemically loquacious, vociferous even. Stop the metabolism, and you stop the smell. For this reason, in many restaurants, fresh truffles are grated onto your food before your eyes. Few other organisms are so good at persuading humans to disperse them with such urgency.

2. Some fungi are predatory 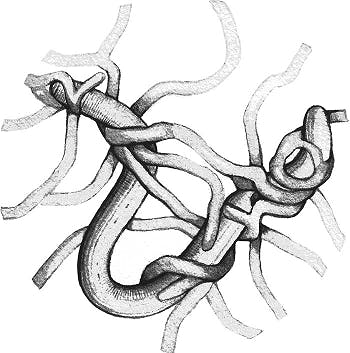 The methods fungi use to hunt nematodes are grisly and diverse. It is a habit that has evolved multiple times – many fungal lineages have reached a similar conclusion but in different ways. Some fungi grow adhesive nets, or branches to which nematodes stick. Some use mechanical means, producing hyphal nooses which inflate in a tenth of a second when touched, ensnaring their prey. Some – including the commonly cultivated oyster mushroom, Pleurotus ostreatus – produce hyphal stalks capped with a single toxic droplet that paralyses nematodes, giving the hypha enough time to grow through their mouth and digest the worm from the inside. Others produce spores that can swim through the soil, chemically drawn towards nematodes, to which they bind. Once attached, the spores sprout and the fungus harpoons the worm with specialised hyphae known as ‘gun cells’.

3. Look around you, there is lichen 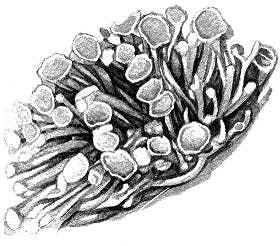 Lichens encrust as much as 8 per cent of the planet’s surface, an area larger than that covered by tropical rainforests. They clad rocks, trees, roofs, fences, cliffs and the surface of deserts. Some are a drab camouflage. Some are lime green or electric yellow. Some look like stains, others like small shrubs, others like antlers. Some leather and droop like bat wings, others, as the poet Brenda Hillman writes, are ‘hung in hashtags’. Some live on beetles, whose lives depend on the camouflage the lichens provide. Untethered lichens – known as ‘vagrants’ or ‘erratics’ – blow around and don’t live their lives on anything in particular. Against the ‘plain story’ of their surroundings, observes Kerry Knudsen, the curator of lichens at the herbarium at the University of California, Riverside, lichens ‘look like fairy tales’.

4. They can be the stuff of horror stories 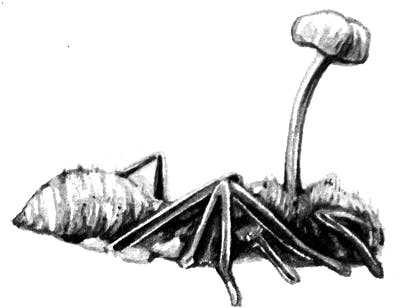 Ophiocordyceps sprouting from an ant

‘Zombie fungi’ are able to modify their host’s behaviour in ways that bring a clear benefit: by hijacking an insect, the fungus is able to disperse its spores and complete its life cycle.

One of the best-studied cases is that of the fungus Ophiocordyceps unilateralis, which organises its life around carpenter ants. Once infected by the fungus, ants are stripped of their instinctive fear of heights, leave the relative safety of their nests and climb up the nearest plant – a syndrome known as ‘summit disease’. In due course the fungus forces the ant to clamp its jaws around the plant in a ‘death grip’. Mycelium grows from the ant’s feet and stitches them to the plant’s surface. The fungus then digests the ant’s body and sprouts a stalk out of its head, from which spores shower down on ants passing below. If the spores miss their targets, they produce secondary sticky spores which extend outwards on threads that act like trip wires.