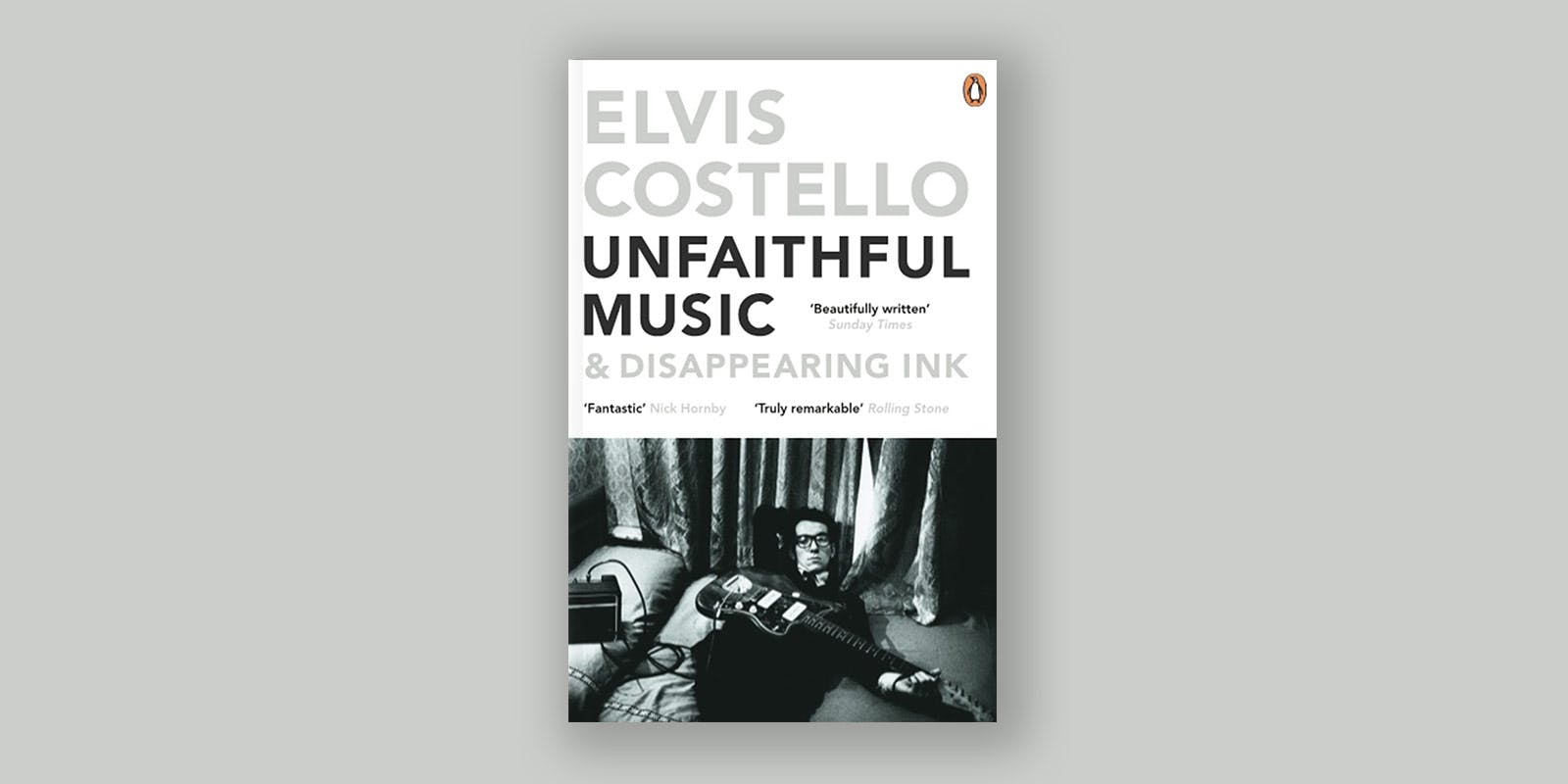 Bringing the thrill of live music direct to your home.

The son of a musician and bandleader, Declan Patrick MacManus (aka Elvis Costello) always had music in his blood. From the streets of Liverpool to the pubs of London, from the punk explosion to his success with The Attractions and a solo career spanning four decades, he has left an indelible mark on the world of music. Drink, drugs, sex and brilliant songwriting: in his insightful and genuine memoir, Unfaithful Music and Disappearing Ink, he tells the whole story in his own words. Here are five memorable moments that signpost his journey so far – marked by the songs he wrote, recorded and played live.

In the late ’70s, the commercialisation of radio was forcing punk music to the sidelines – some songs, like the Sex Pistols’ ‘God Save the Queen’, was even banned by the BBC.

Invited to play Saturday Night Live as a replacement for the Pistols, Elvis Costello and the Attractions were instructed by producers to perform their song ‘Less Than Zero’. Instead, they played ‘Radio Radio’ – a direct jab at the commercialisation of the airwaves. A twelve-year ban from the show was the punishment.

Eventually invited back for SNL’s 25th anniversary, Costello lampooned his own previous act of defiance, interrupting the Beastie Boys as they started their song ‘Sabotage’. The New York rappers then played as the backing band for a repeat performance of ‘Radio Radio’.

Written by Costello in conjunction with Clive Langer, ‘Shipbuilding’ explores the contradiction of the Falklands War bringing prosperity to English shipbuilders – the very people whose sons were being shipped out to fight and die. Struggling to write the lyrics, Langer brought in Costello to tackle the heavy thematic content. The song was first released by singer Robert Wyatt in 1982, and then by Costello and the Attractions on their 1983 album Punch the Clock. In Wyatt’s authorised biography, Different Every Time by Marcus O’Dair, Langer recalls a phone call from Costello where he said of the song: ‘I’ve written the best lyrics I’ve ever written.’ Langer’s response: ‘Well, it’s the best tune I’ve ever written.’

Costello’s biggest hit in the US, ‘Veronica’, a co-write with Paul McCartney, tells the story of an elderly woman struggling with dementia. Costello’s inspiration for the song came from memories of his grandmother. ‘I remember her in this place,’ he says in the introduction to the music video, which picked up the 1989 MTV Award for Best Male Video. ‘Sometimes she was happy… One minute you’d be here and the next minute it’d be forty years later. So you’d sit there and bounce around the years with her.’

Costello at his subversive best. In this pastiche of the idealised visions of California generated by the likes of The Beach Boys, Costello offers a scathing counterpoint disguised as an upbeat summery tune.

The third verse includes the line: ‘Was it a millionaire who said, “Imagine no possessions”?’ Costello has publically declared he meant no disrespect to John Lennon. But in a New York Times interview in 1991 he did say: ‘John Lennon wrote some wonderful songs, but “Imagine”, which has been so sanctified, was one of his worst. He didn’t think it all the way through.’

As a songwriter, Costello’s material was never bound by genre, and throughout the years he covered ground as diverse as folk, bluegrass, punk, reggae, new wave, rock and pop. This co-write with T Bone Burnett was made famous by Alison Krauss’s version which appeared in the 2003 film Cold Mountain, and was nominated for an Academy Award. Desolate but uplifting, the song showcases Costello’s abilities to bring his trademark complex lyricism to traditional musical forms.

A year after the film’s release, Costello released a new version of the song – a duet with Emmylou Harris – as the closing track on his album The Delivery Man. And in 2008 Joan Baez covered the song on her album Day After Tomorrow. 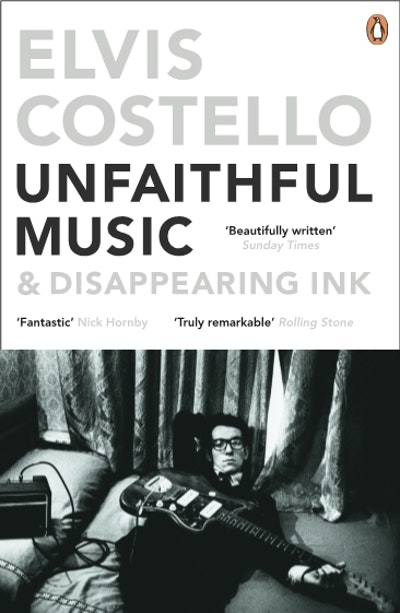 From his controversial early television appearances, to becoming one of the industry's elder statesmen, Costello's memoir - which he has written himself - is a one-man history of British music. A warm, deep and surprisingly funny insight into an amazing life, it is rich with anecdotes about fame, music and the creation of his famous songs.